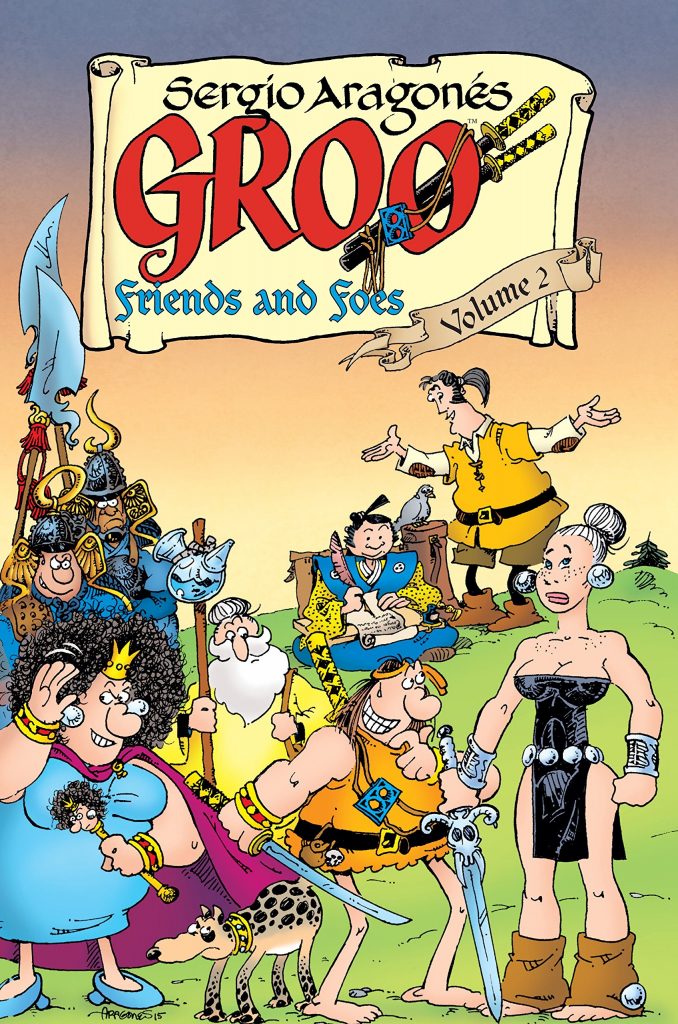 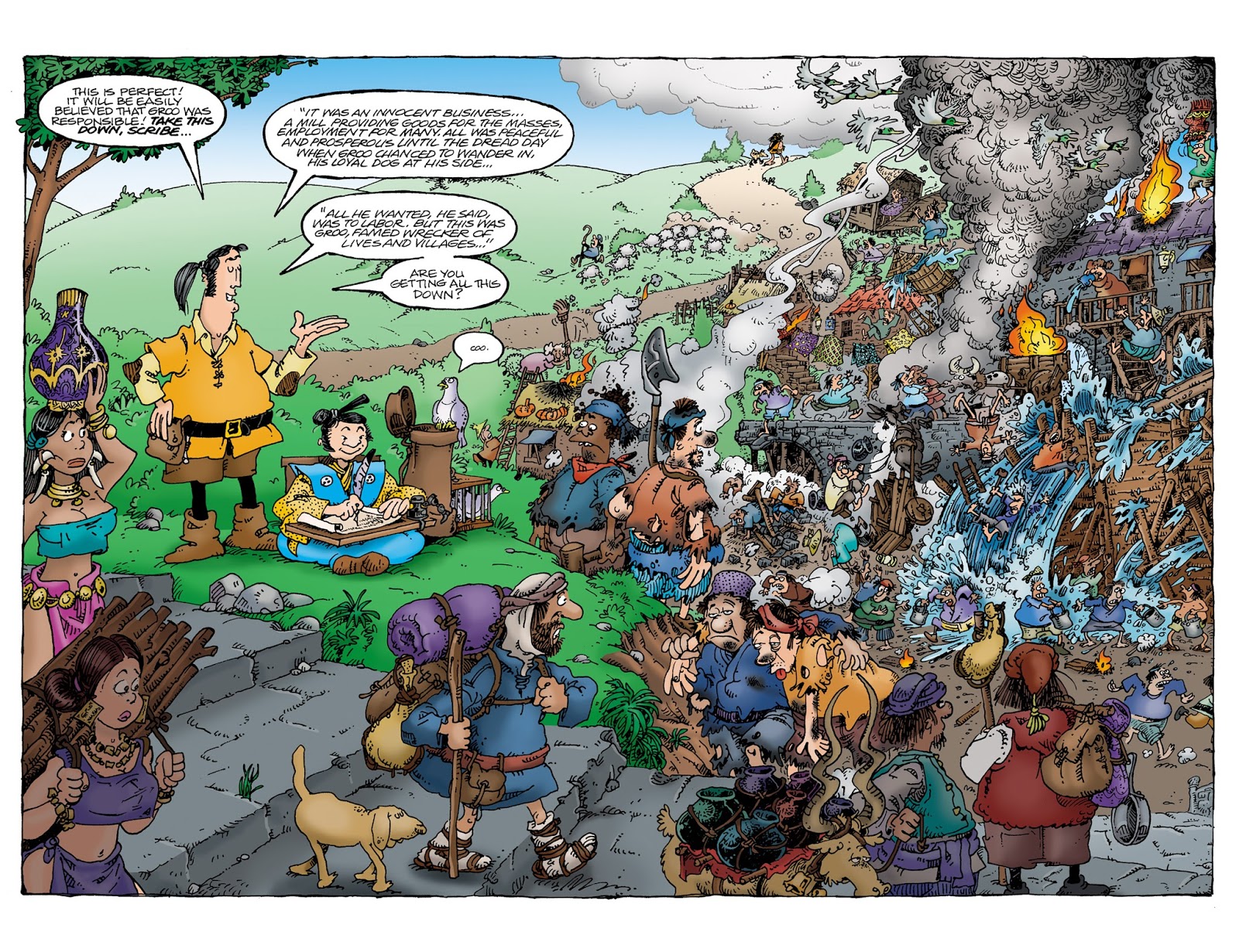 In this middle volume of Friends and Foes, Groo continues his wandering, this time bumping into his sister Grooella, the learned Sage, warrior woman Chakaal, the love of his life, and Weaver and Scribe. Hold the presses, as Weaver would no doubt write, Sergio Aragonés and Mark Evanier seem to have introduced a new running joke, with Groo expecting to be paid for eating food in an inn.

Chakaal and Groella both rule kingdoms, Chakaal nobly and benignly, while Grooella is more typical of the grasping and self-serving monarchs Groo usually encounters. A problem for both is that others have designs on their kingdoms. Because Grooella’s character is essentially unpleasant, the creators delight in visiting indignities on her, and here they’ve come up with their best yet. Chakaal’s tale is essentially more limited as her sole purpose is to be a supremely capable Amazon who’s the subject of Groo’s innocent desires. Unlike most of the remaining friends and foes, she has no negative characteristics to exploit for comedy purposes, so Groo himself and the background plot become more important. Chakaal stories can drop below the established standard of Groo, and despite a creative ending, hers is the weakest story in the book. However, those established standards are extremely high, and most other writers of comedy graphic novels would risk calling Groo a mendicant in their own house to write something as good.

A plot device that Sergio Aragonés and Mark Evanier have mined gold from over the years is solving one problem only to cause another, then solving that and creating a further problem. So it is when the Sage and Groo arrive in the same town where the king is charging exorbitant tolls on the bridge across the river. It’s wonderful. Also having seen previous use is people destroying their own goods when Groo turns up, on the basis it gets the inevitable over with quicker. That recurs in the presence of Weaver and Scribe.

They are caricatures of Evanier and series letterer Stan Sakai, Weaver dictating stories as the always silent Scribe writes them down. Over the years Aragonés has satirised real world political problems in Groo, and unless bridge tolls count, Weaver exaggerating news and falsifying details to ensure continued employment is their airing here. Evanier’s self-satire is hilarious, from the use of ridiculously obscure words and florid phrasing to his compromised principles. The nudge toward the problem of faked news is gentle rather than overwhelming.

As ever, the art is fantastic. Aragonés has more in common with the great European cartoonists than most American contemporaries, packing his pages with detail, and background gags, sometimes achieving the density of a Where’s Wally? book as there’s so much going on. The wordless one page strip is European tradition, and the four gags about Groo’s dog Rufferto are imaginative, but never as funny as the main strip.

Groo’s escapades are the main focus, but the stories touch on Kayli’s quest for her father, introduced in volume 1. That quest is concluded in volume 3, or alternatively the complete story can be bought as one oversized hardcover.