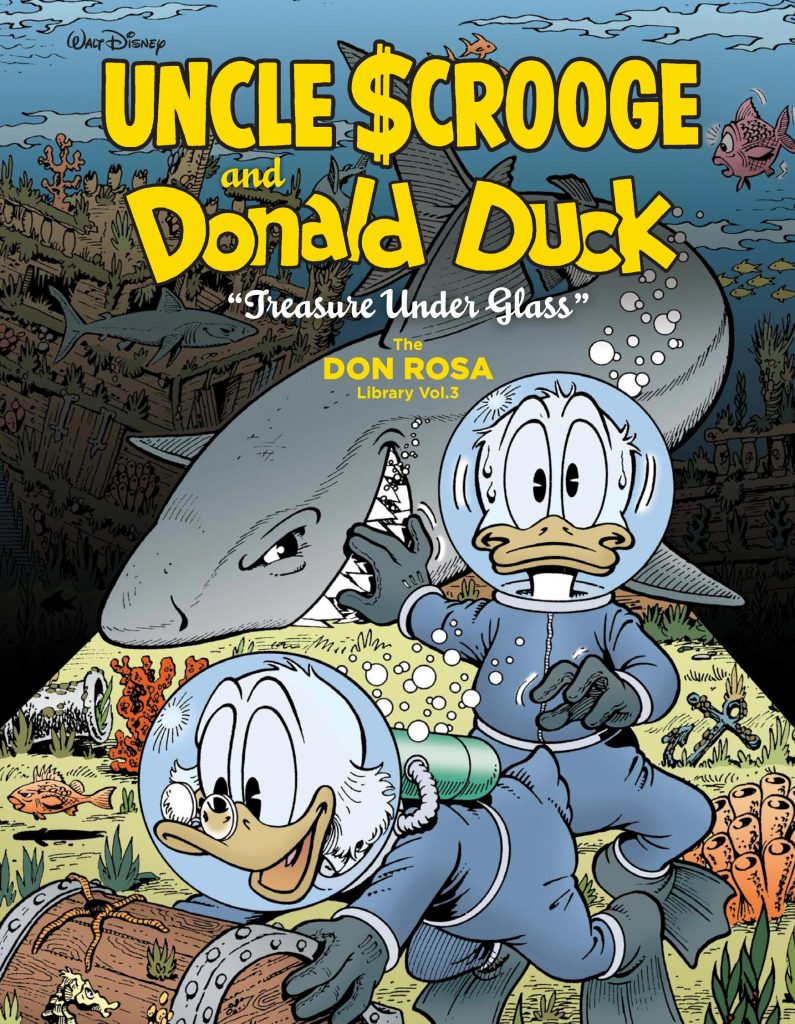 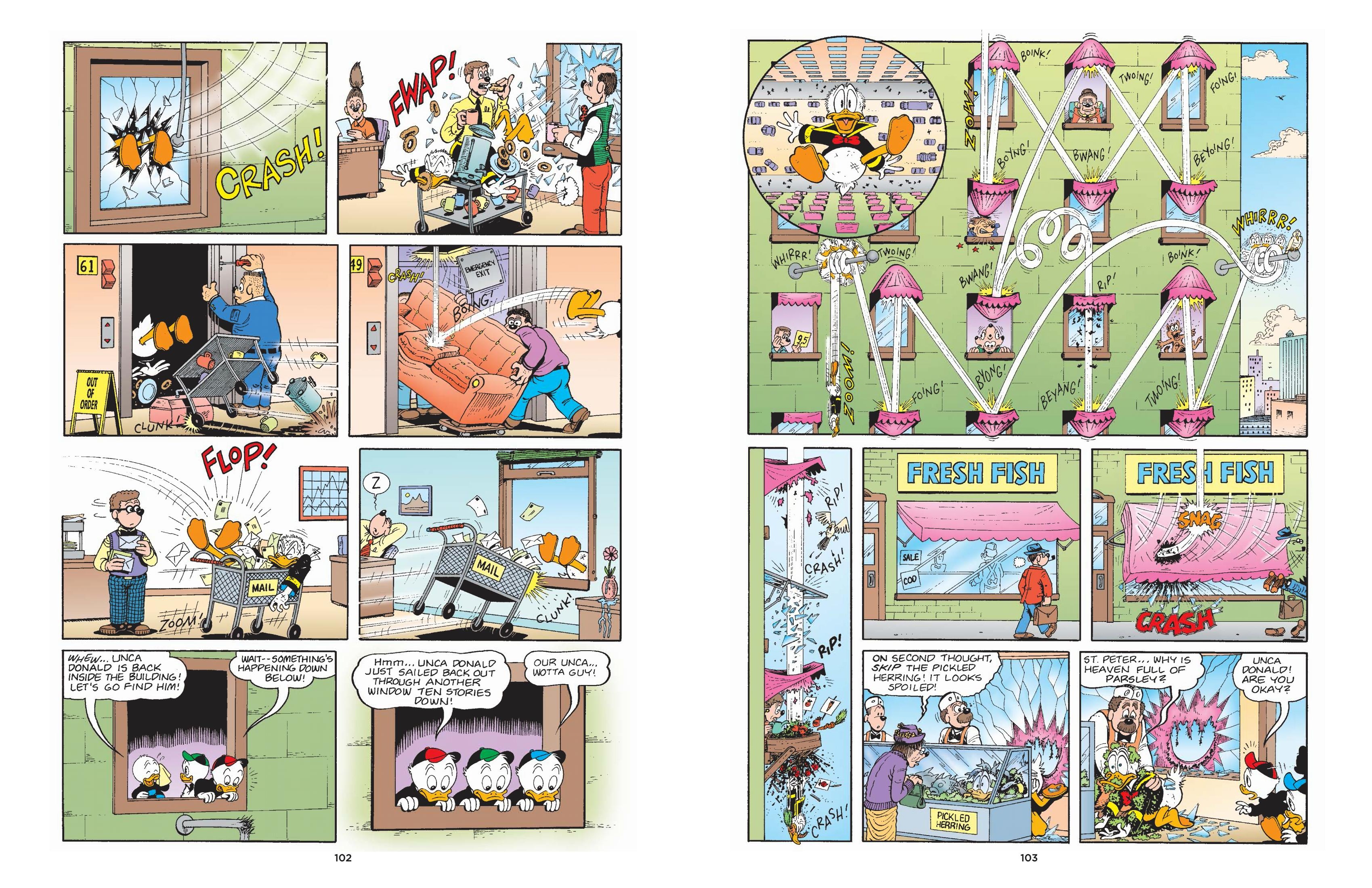 Don Rosa’s work on Disney Duck titles from 1990 to 1992 displays him ever more confident and his storytelling skills becoming finely honed. There’s very little in this collection that’s not educational, funny, unpredictable and superbly constructed.

In his informatively chatty annotations Rosa refers to finding longer adventures far easier to write than shorter strips, yet almost every example of the latter is a gem. Every now and then Carl Barks would produce a story about Donald Duck mastering a trade, but coupled that with an overconfidence on Donald’s part extending into arrogance. Rosa takes that template for the opener, first displaying the novel methods employed by the master landscape gardener, before having everything descend into utter chaos. His original penultimate page is better than the redrawing demanded by the editors, and restored in this edition. Donald as a window washer is also great, Rosa creatively having him fall from the tallest building in Duckburg over a series of beautifully staged gags.

A couple of other stories depend on scientific gimmicks. The Beagle Boys stealing a device able to stop time enables some wonderful visual moments, although in his notes Rosa’s concerned about exact mechanics of stopping time not being correct! Scrooge investing in a business to salvage satellite parts, is the weakest tale in the collection, too dependent on plain stupidity and ignorance. That appears again in tidier fashion as the conclusion to the cleverly titled ‘The Island at the Edge of Time’, which is Rosa’s more sentimental side, but hinging on the complex nature of different time zones around the world. Donald Duck again takes on the powers of a superhero in a direct sequel to a Barks story featuring some good gags about what would really happen when a superhero attempts some of their feats.

Yeah, yeah, yeah, but what about those longer pieces, where Rosa follows up on Barks stories, has the space to create visual gags that run on for pages and massive illustrations emphasising the impact of his punchlines? There are three, two direct sequels to Barks tales, and another great treasure hunt. It’s ‘Return to Xanadu’ that’s the real gem, and among Rosa’s best stories, concealing the true location where most of the story is set, reinforcing the adage that money isn’t everything, and providing Donald with an unusually heroic role in an adventure that never takes an expected path. Also excellent is ‘War of the Wendigo’, commissioned by Scandinavian publishers to highlight the problem of acid rain in Northern Europe, with Rosa again doing a fine job of concealing the return of much-loved characters from a Barks tale. As the ecological message was the point of the story, Rosa doesn’t have to be as subtle as he sometimes is when presenting a viewpoint, and he pictures a magnificent mechanical monster while creating some very funny gags from the power of nature. The heart of ‘Treasure Under Glass’ is a great device to enable Scrooge to access the means to locate more sunken treasure. Rosa has a lot to say about both the title story and ‘Return to Xanadu’, primarily because both involved the considerable historical research he loves, with all historical facts presented in his stories guaranteed accurate.

Many of these stories were previously available in the Disney graphic novel Donald and Scrooge, but better here for the larger page format, Rosa’s notes and plenty of other extras. The series continues with the first half of Rosa’s biography of Scrooge in Last of the Clan McDuck.