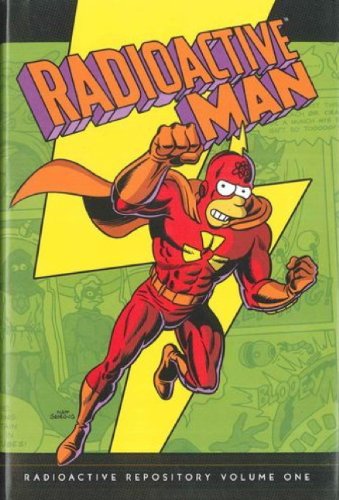 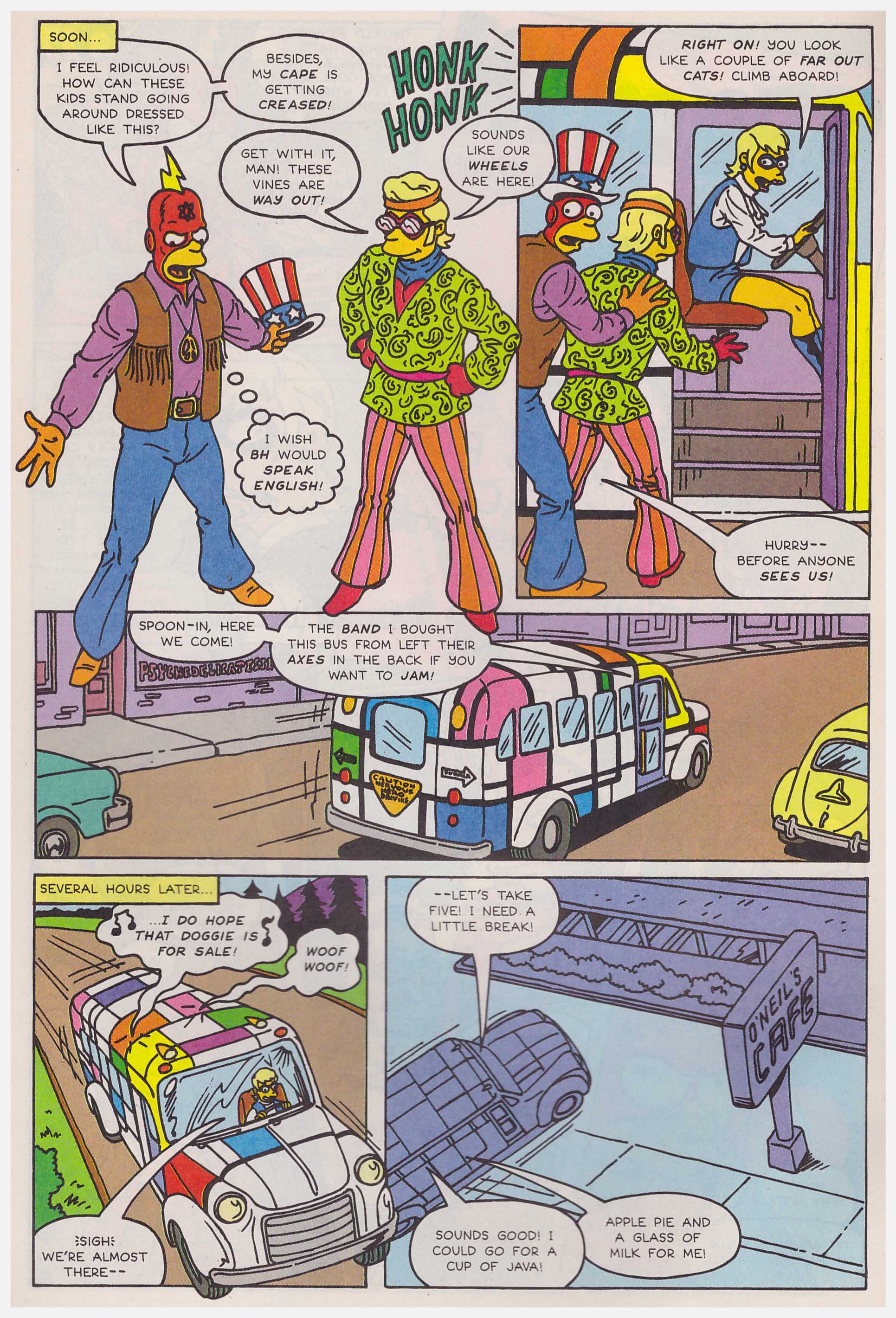 Radioactive Man has long been established as Bart Simpson’s favourite comic, yet despite several of his adventures being issued in the first flush of Simpsons Comics back in the 1990s, it took until 2012 before they were collected, and then only in hardcover.

Little more than a reference with the occasional daft gag on the Simpsons TV show, the creators of the comics took the joke a step further by constructing a rough numerical chronology for a monthly comic running since the 1950s. The individual stories then dot about the ages, tied into the mood of superhero comics of that era. So in ‘The Molten Menace of Magmo the Lava Man’ Steve Vance creates a note perfect parody of an early Marvel comic, combining Jack Kirby’s style of action layouts with the distinctive Simpsons cartooning and incorporating pastiches of famous Spider-Man images.

The primary creators involved are Vance and Bill Morrison, who writes and draws most of the material not by Vance, and inks Vance’s pencils. Both have a fine eye for the ridiculous. In a moment of inspiration Vance has taken the distinctive lightning bolt established emerging from Radioactive Man’s head on the TV show and identified it as shrapnel embedded in his head. Thus mild-mannered Claude Kane III must always wear some kind of head covering to disguise his distinctive appearance, leading to all kinds of preposterous contrivances.

Both artists can illustrate in the style of the TV show, which as numerous contributors to the Simpsons graphic novel series over the years have shown, isn’t as easy at might seem, given what looks like simple cartooning. Not that Vance or Morrison need it, but one of the bonus features is a spread displaying how to draw Radioactive Man (by David Silverman).

Radioactive Man’s not the only superhero featured. We meet his sidekick Fallout Boy, and the Radioactive Man of the future among other alternates, and his colleagues in the Superior Squad frequently appear. As is the case with Radioactive Man, while the stories may pastiche specific material, they’re more generic types. Further memorable pastiches include the late 1960s/early 1970s era of social relevance at DC, and a clever merging of Watchmen, The Dark Knight Returns and Crisis on Infinite Earths. That works as a silly superhero adventure with no awareness whatsover of those stories, although the constantly switching art style mimicking the layouts may puzzle. Disgraced 1970s president Richard Nixon as a behind the scenes manipulator often appears, the creators working out ever more ingenious methods of including him.

For all the skill involved, this is a collection better consumed over time rather than read in one sitting, as the formula plays better in small doses. There are also a few shorter contributions written by Batton Lash that stray very close to imitation of the old 1950s Superman stories rather than pastiches of them, that material already parodic in the modern era.

Seeing as it took over fifteen years for a Radioactive Man collection, it’s no great shock that there’s not yet been a sequel mopping up his other appearances.