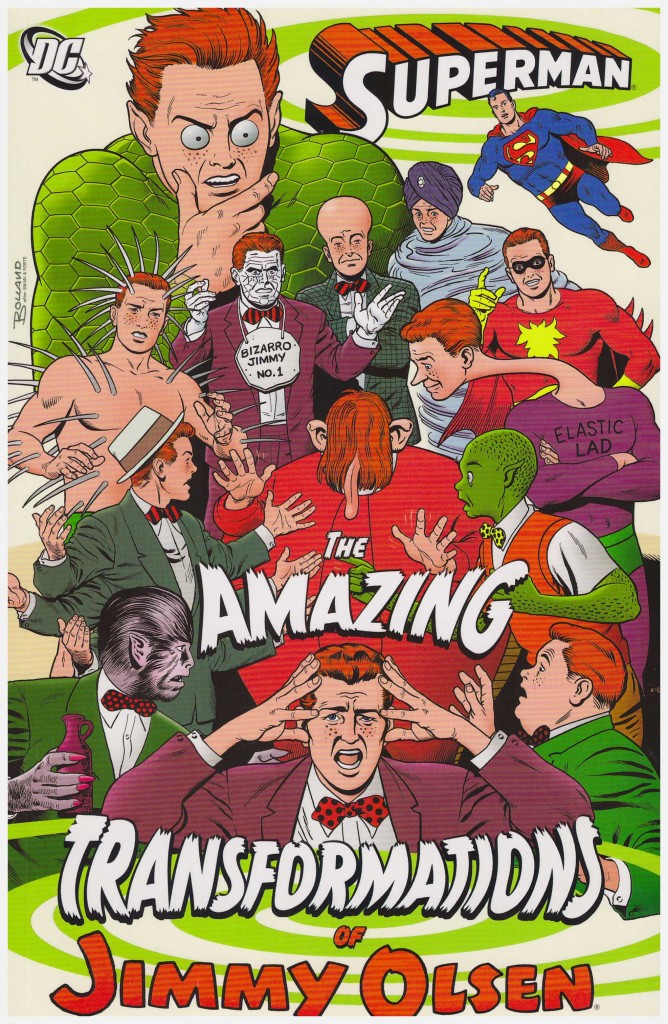 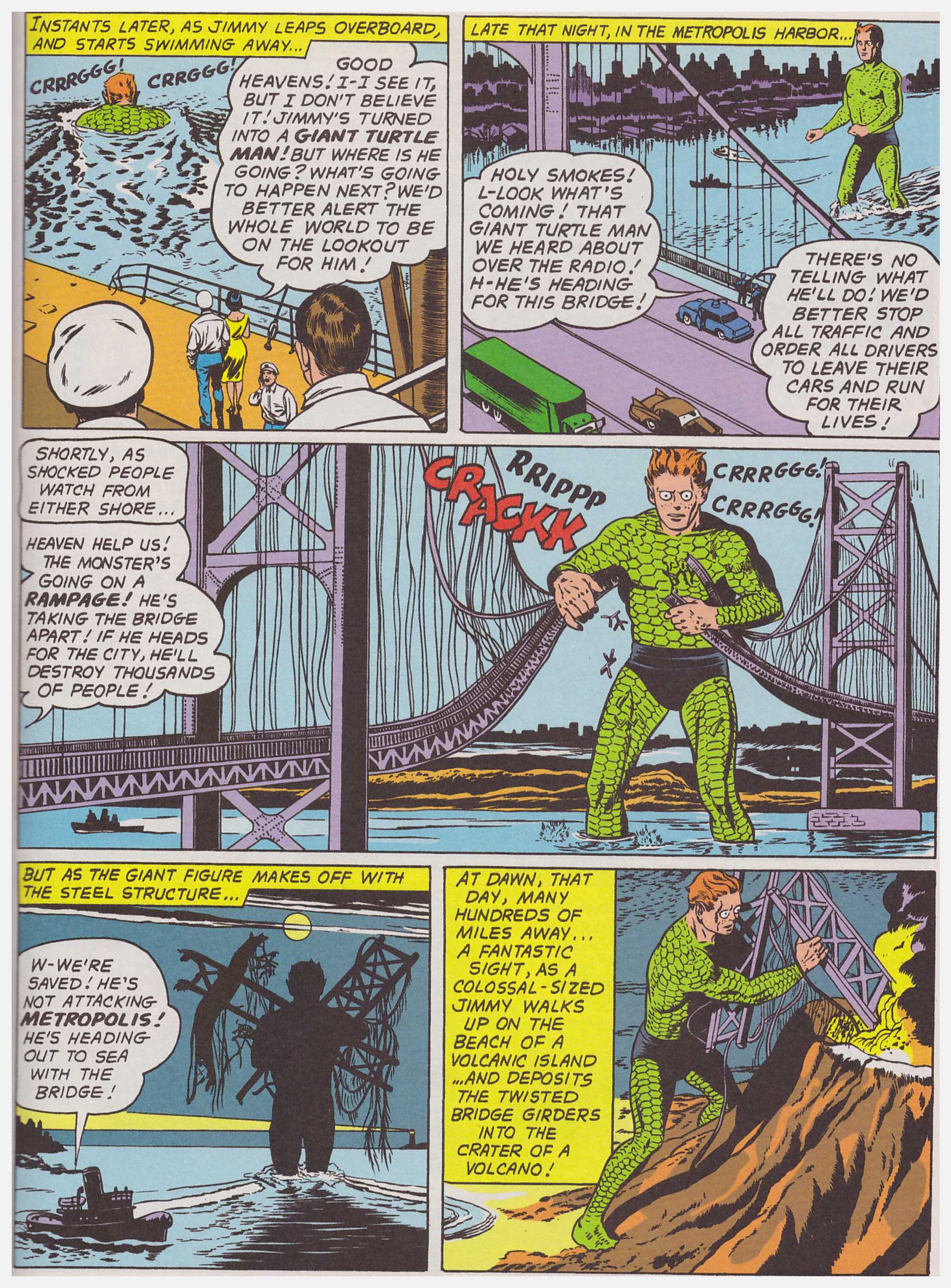 Jimmy Olsen was introduced as Superman’s pal in the early 1940s radio show based on his exploits, primarily because radio scripts required conversation. He rapidly transferred to the comics where he served a similar purpose, but on a meta-level he was the reader identification figure. Olsen wasn’t that much older than the young boys at whom Superman comics were targeted, and his presence suggested that they too could be Superman’s pal.

It was an extraordinarily successful implant, and in1954 Jimmy’s own comic began a twenty year run. The initial content was rather po-faced stories of journalistic scoops with odd moments of eccentricity (see the first volume of Showcase Presents Superman Family), but over time the whimsical elements gradually took precedence. By 1957, the date of the earliest story reprinted here, they hadn’t entirely displaced the initial premise, but the caprice and wonder was certainly entrenched by late 1958, and all but two of the tales presented date between then and 1965.

As the title indicates, a regular feature among the three strips every issue was a fantastic transformation for Jimmy. This was usually instigated by either some odd substance Superman retrieved from another planet, or the wacky experiments of Professor Potter. They provide both a rich seam of entertainment and of study for sociologists.

The assorted writers worked to a formula overseen by editor Mort Weisinger. The more outrageous the transformation, the happier Weisinger was, so we have examples of recurring favourites such as Elastic Lad, Bizarro Jimmy Olsen, and Giant Turtle Olsen alongside lesser known gems such as the Fat Boy of Metropolis, the Human Octopus and Chameleon-Head Olsen.

The earliest examples are written by Otto Binder, who’d spent years plotting the exploits of Captain Marvel where child-like whimsy was an integral component of the feature’s success. The fellow guilty parties are identified as Robert Bernstein, Leo Dorfman and Alvin Schwartz. Additionally, it’s very sad to see Jerry Siegel, Superman’s co-creator for years stiffed by the company for whom his creation made a fortune, not enjoying the fruits of his imagination, but scripting stories of the Human Porcupine.

Three-quarters of the material is pencilled by Curt Swan in his admirably precise style. He’s so consistent that it makes very little difference if he’s inked by Creig Flessel or Stan Kaye. Elsewhere there’s the stiff plastic figures of John Forte and the slightly looser Pete Costanza.

One anomaly ends the book, a 1975 tale from Cary Bates. It’s entirely out of place as Bates is aware enough to be creating a homage, and even taking into account that we have an evil Jimmy Olsen, he scripts a decent superhero story of its era. Kurt Schaffenberger art is always welcome, and there wouldn’t otherwise be any here.

Stick your higher functions down the back of the sofa and kick back with this and you’ll pass a couple of very entertaining and amusing hours. If you attempt to analyse the logic, though, you’ll devolve into a cackling wreck.