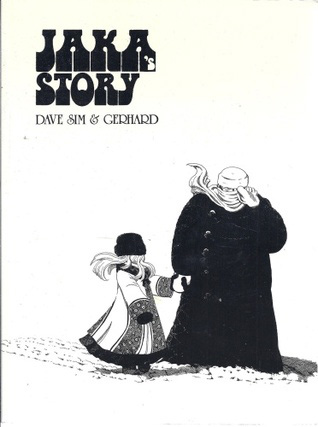 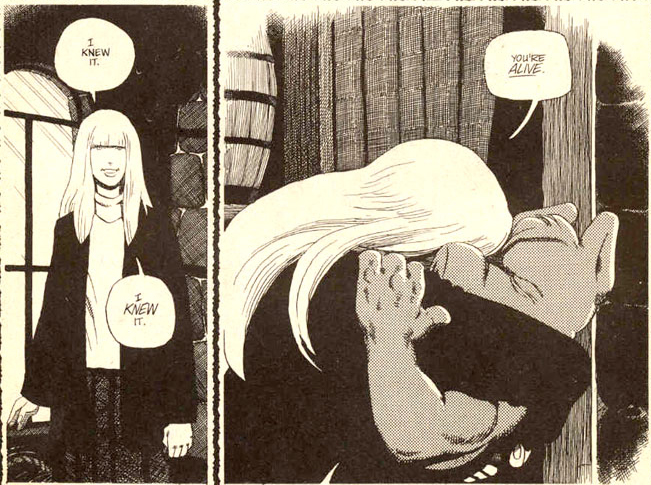 Dave Sim, writer and artist, liked to confound expectations. From humble beginnings (a Conan parody, featuring an aardvark) Sim moved Cerebus into the realms of politics with High Society and then religion with Church and State. With Jaka’s Story he confounded readers further with a tale inspired by the Hernandez brothers’ Love and Rockets. It’s a more human story than anything Sim had tried previously.

Cerebus isn’t even the main character here. As the book’s title indicates, it’s all about Jaka and the men in her life: husband Rick; Rick’s friend Oscar (Wilde); Pud Withers, her employer and landlord, and Cerebus. Domestic dissatisfaction, the struggle to make ends meet, much of the book has nothing in particular happening (something Sim clearly intended) and instead we spectate as lives revolve around each other. Interspersed with this story of the daily grind, there are extracts of a book depicting episodes from Jaka’s aristocratic childhood, written by Oscar in a deliberately flowery style that mirrors Wilde’s.

Sim, more than ably assisted by Gerhard on backgrounds, was by this point a very accomplished artist, and one who never tired of trying out new page layouts and storytelling devices. There is quite a lot of deliberate repetition, especially in the later sequences. Apart from the obvious appeal of repeating panels (Sim had used photocopies in the past, much to the annoyance of some readers) and therefore easing a heavy workload, there are good reasons for doing so, and it’s used to great effect.

This repetitive device is mirrored in the writing to build tension, as we witness Pud’s desperate internal monologues. Pud is only saved at the last minute from doing something terrible by the interruption of an old soldier who visits his premises and asks Jaka to dance for him. For the shortest time it even looks as if everything is finally falling into place for Jaka. So, of course, it all goes horribly wrong, and we have another sudden change of pace for the final act.

Jaka and Rick are imprisoned for questioning, and another character is carted off for two years’ hard labour, much like his real-life counterpart. His crime is the book’s punchline, and that in turn, leads into Melmoth, which again focuses on another character, with our titular hero side-lined.

Unrequited love, useless partners, feminism, abortion, art and Art: it’s all here. Cerebus is portrayed in a more sympathetic light than ever before, although he barely qualifies as much more than a secondary character, and even disappears for a long stretch as his presence would have undoubtedly changed the events that transpire.

There is comedy, but not as much as previous books, as a lot of the subject matter doesn’t lend itself well to humour. This book, unlike some of the others, can be read and followed without a great deal of background knowledge. All one has to know is that Cerebus and Jaka have history, and it’s really not that much history – actually little more than a couple of meetings. Ambitious, mature and challenging, this is one of the best of the series. 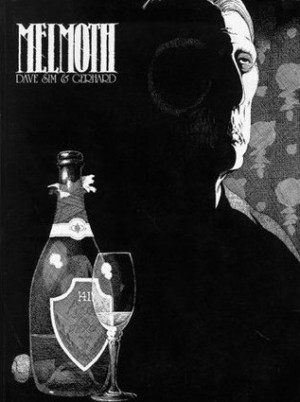 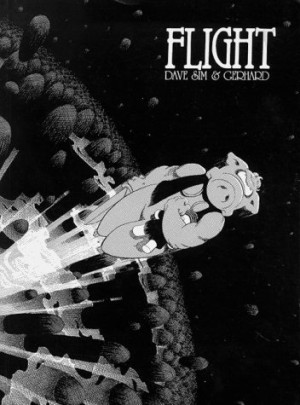