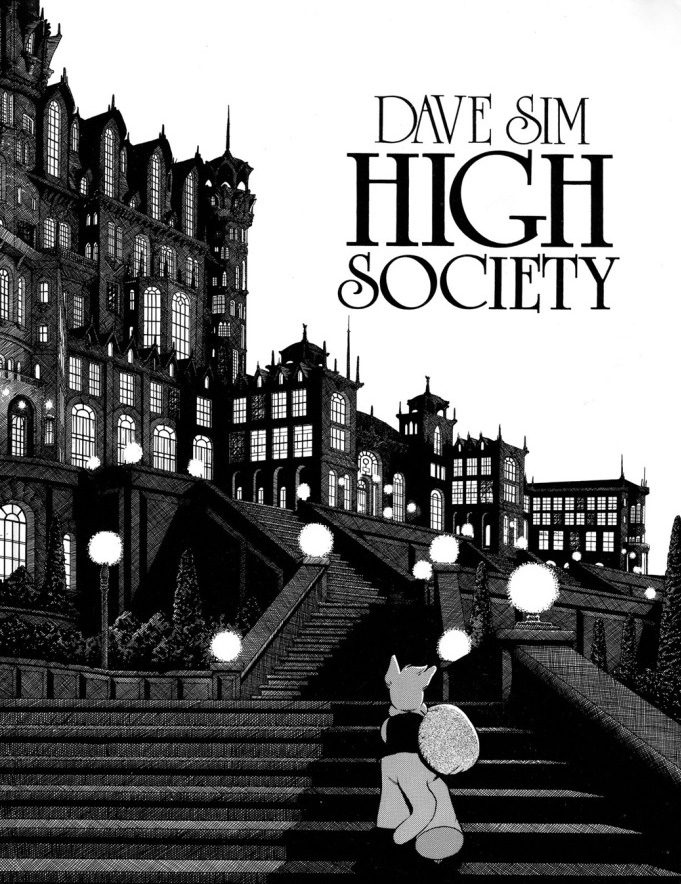 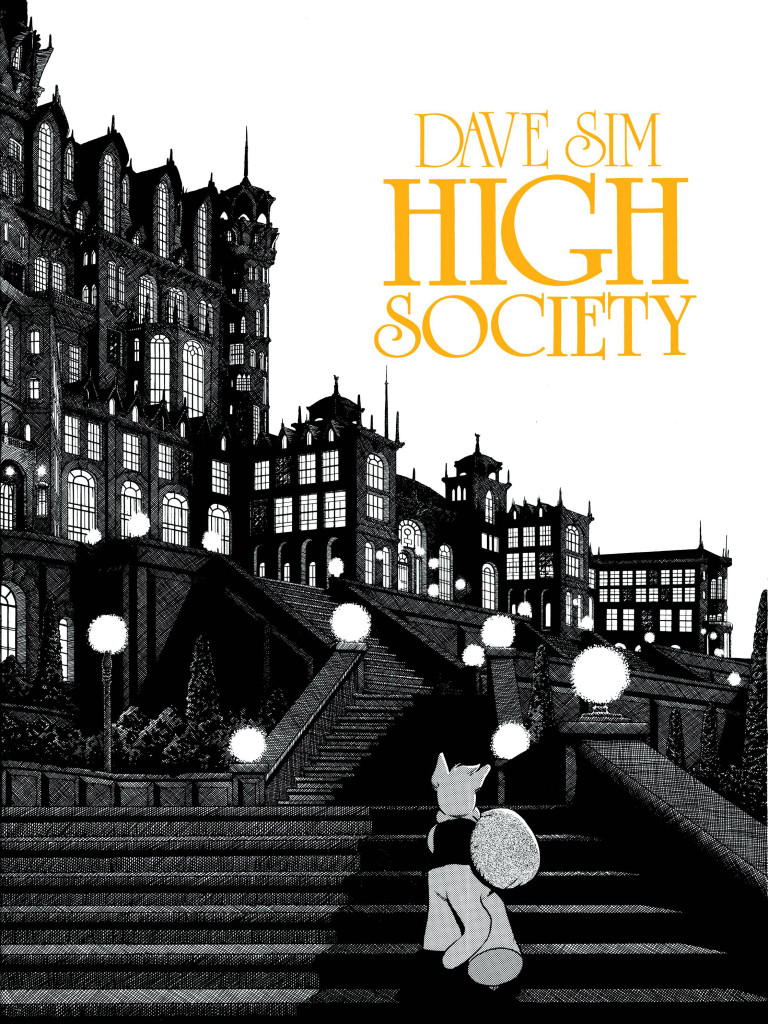 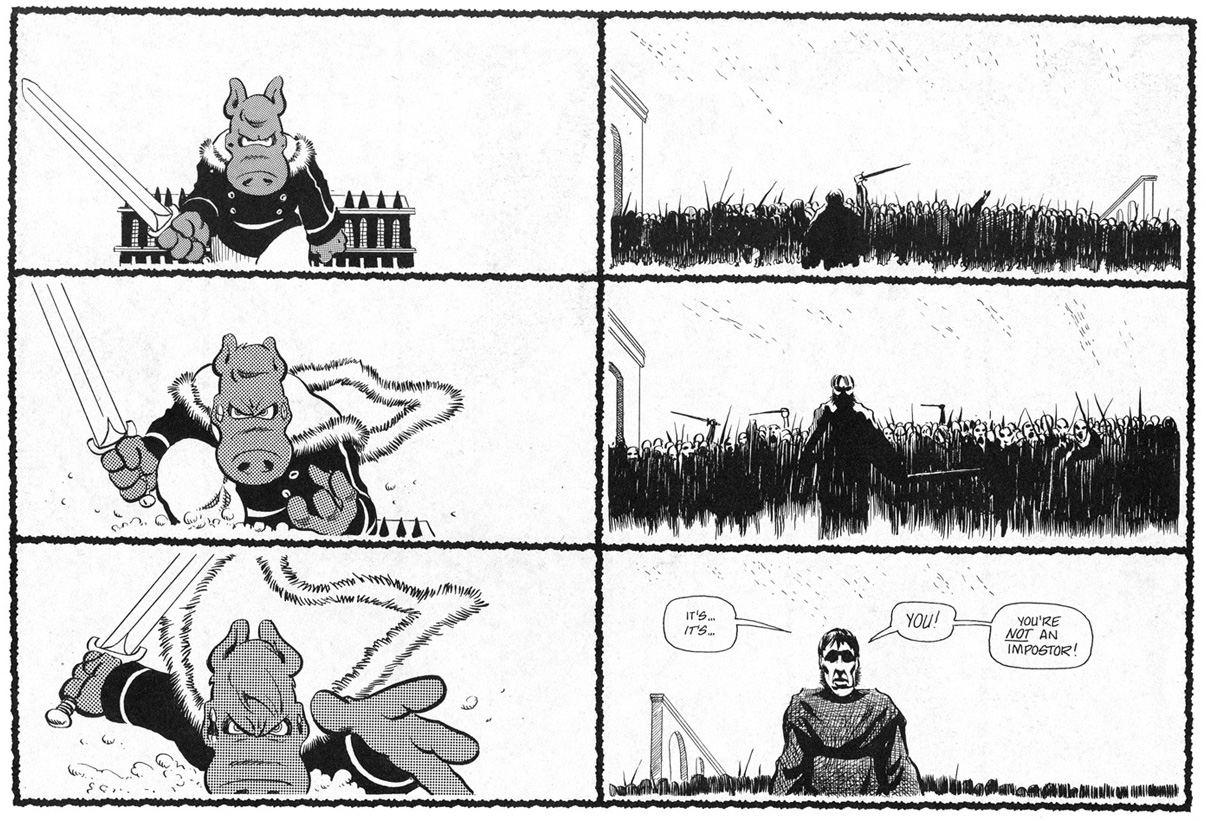 Although the second book in the series, after Cerebus, High Society was the first Cerebus book to be collected in the format that would become known as ‘phonebooks’ on account of their size.

Cerebus began as a Conan parody, but this was something far more ambitious – an honest to goodness graphic novel. With this approach in mind, Sim largely eschewed the normal episodic pacing of comics in favour of a narrative that would make more sense when read in its entirety. Realising this, many Cerebus readers stopped buying the comic and just waited for the collections. This became known as ‘the Cerebus effect’, and the ramifications of it are still felt in the industry today.

By this stage in his career Sim was a confident and accomplished artist whose style had developed organically from a Barry Windsor-Smith wannabe. He retained much of Windsor-Smith’s love of the ornate, but his art had become very much its own thing. His writing had progressed even further, and High Society is a complex, mature work with important things to say about the nature of power, while often being very, very funny into the bargain.

The plot is labyrinthine and resists precis, but when Cerebus turns up at the Regency Hotel in the city-state of Iest he’s warmly welcomed by everyone because of his past associations with Lord Julius of Palnu, another city-state to which Iest owes a great deal of money. Cerebus was his Lord Julius’s Kitchen Staff Supervisor – Julius likes to keep everyone on their toes by making sure no one has the faintest idea of who does what. Before long, Cerebus is embroiled in Julius’s complicated political machinations, running for Prime Minister against Lord Julius’s goat and trying to wage wars on neighbouring countries.

Much of the book’s plot is driven by the attempts of various characters to control and manipulate Cerebus. The main culprit is Lord Julius, who often seems to be working against himself, but also includes Astoria, Cerebus’s political advisor (and Julius’s ‘niece’) and assorted political and religious factions. However, Cerebus (who only ever refers to himself in the third person) proves himself to be not only cunning – something we had seen glimpses of previously, even in the early Conan pastiches – but also surprisingly knowledgeable in the ways of both magicians and politicians.

This book is a great starting point for anyone wanting to sample one of the most important comics in the history of the medium, self-published or otherwise. The first book, though relatively unpolished, is also worth a read, introducing many of the characters that would appear in this and later volumes over the course of 25 years, but any later books would be nigh impossible to follow without being aware of what has gone before.

And Cerebus? After Prime Minister, there was only thing left to do, become Pope, which he sets out to do in the next book: Church and State.