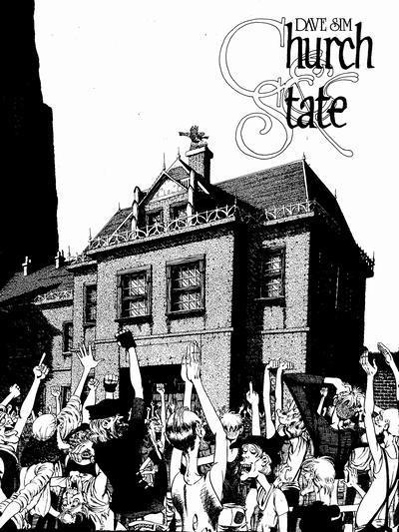 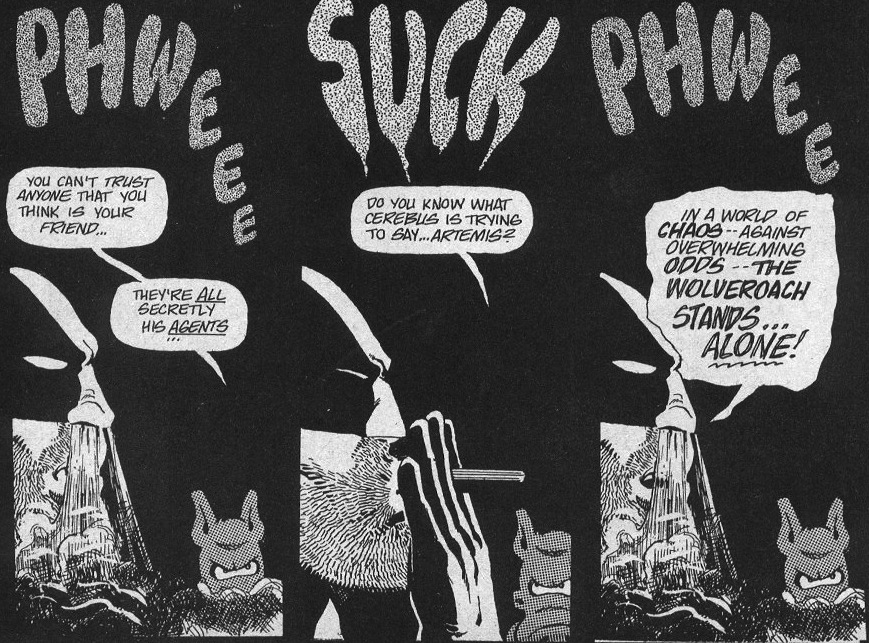 In High Society, Dave Sim pulled off the ambitious task of writing an actual graphic novel, one concerned with politics and the abuse of power and at a length almost unknown when he began serialising the story in 1980. With Church and State he attempted something even more ambitious as he examined religion. The story is so mammoth, running to 1,220 pages, that it required two volumes to gather it.

With Cerebus the aardvark having become Prime Minister of Iest in High Society, he suffers the same fate again. This time, wiser and more cynical, he is most reluctant, and has to be forced into accepting the post by the manipulative President Weisshaupt. Before you know it, the Machiavellian machinations are coming thick and fast, and the book moves into religious territory, when, in an attempt to undermine Weisshaupt, his enemies nominate Cerebus as Pope. Unfortunately, this sets Cerebus off on one, and he demands that everyone gives him all their gold or perish as a divine consequence. Then  hints occur that his prophecy could be self-fulfilling. And that’s when things start to get really strange.

However, it’s not all political intrigue and metaphysical weirdness, Sim also excels at comedy, whether it’s Marx Brothers-style satire or the broader parody of Wolveroach. This prompted a ‘cease and desist’ order from Marvel, something that earlier parodies – of Moon Knight and Captain America – hadn’t.

In one of the many great scenes Cerebus exhorts the masses to give him all their gold, and to illustrate the point that you can get what you want and still not be happy, he blesses someone’s child and then tosses it into the distance like an American football. This upset some readers. So Cerebus later kicks a crippled old man off a roof. The lesson: one less mouth to feed is one less mouth to feed. Many of these scenes provide some of the finest comedy in the book, with Cerebus showing what an imaginative, vindictive and greedy little bastard he can be.

This volume ends on a literal cliffhanger, with Cerebus, much like the aforementioned baby, being tossed into the air by Thrunk, a giant orange rock-monster (sound familiar?) that Cerebus had encountered back in the early Conan-parody days. This was to be a recurring theme in Cerebus, with characters who’d appear to be mere throwaways returning to become important elements in Cerebus’s life. Nowhere is this more true than with Jaka, the aardvark’s one true love. She abruptly reappears and Cerebus is ready to drop everything and go with her, but, as is so often the case, it’s not quite that simple. That moves us onto another topic, unrequited love, which is among the themes explored in detail in the next novel: Jaka’s Story.

Gerhard, who, like Prince or Madonna, apparently only has one name, came on board during this book to assist Sim with backgrounds, tints and the like. After some experimentation he settled on a distinctive style that would be an invaluable contribution, and some of his artwork is superb. By this stage Sim was an accomplished artist and writer, as adept at comedy as drama, constantly pushing the boundaries of what was acceptable in comics, both in form and content.

If nothing else, this may be the biggest book in comics, in terms of sheer size. It is often challenging, and makes no attempt to wrap things up neatly. For that, you’ll have to read the conclusion: Church and State 2. 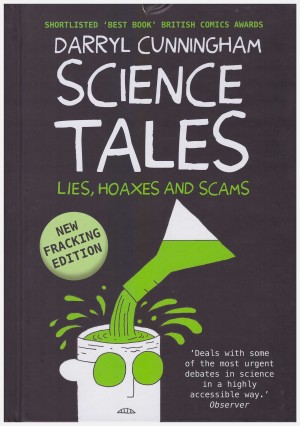 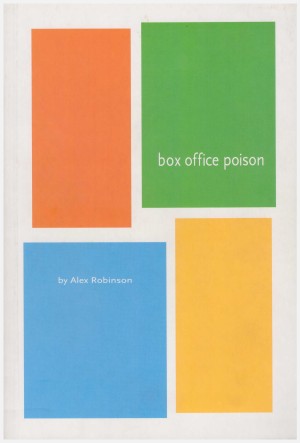 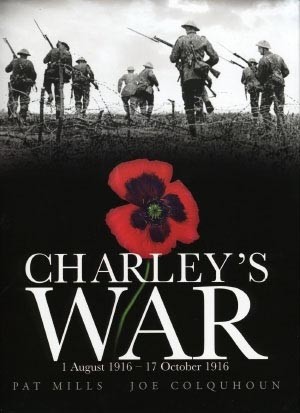