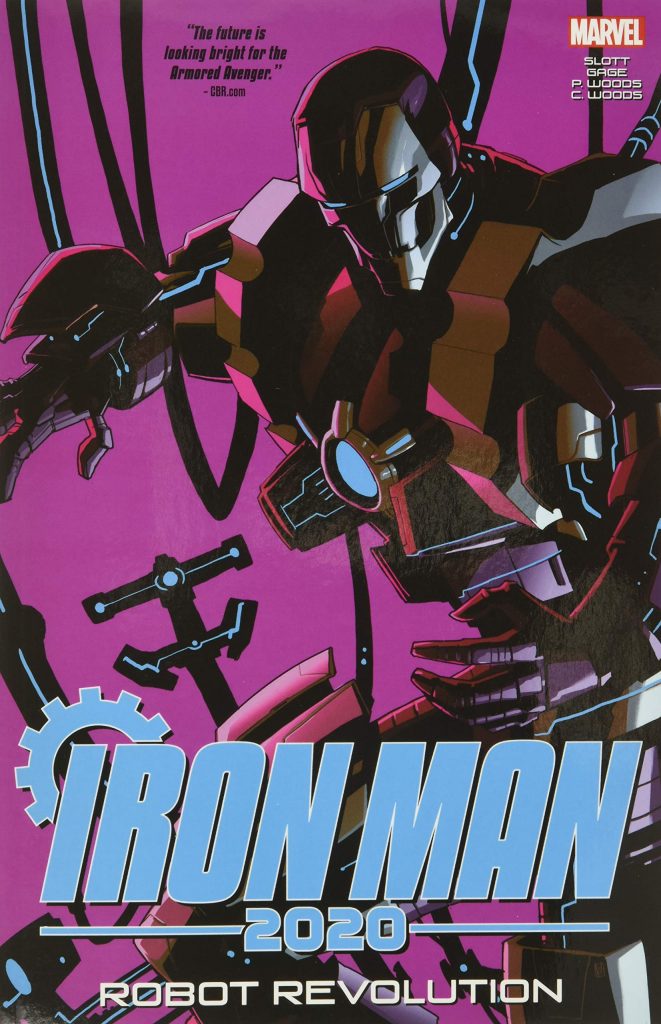 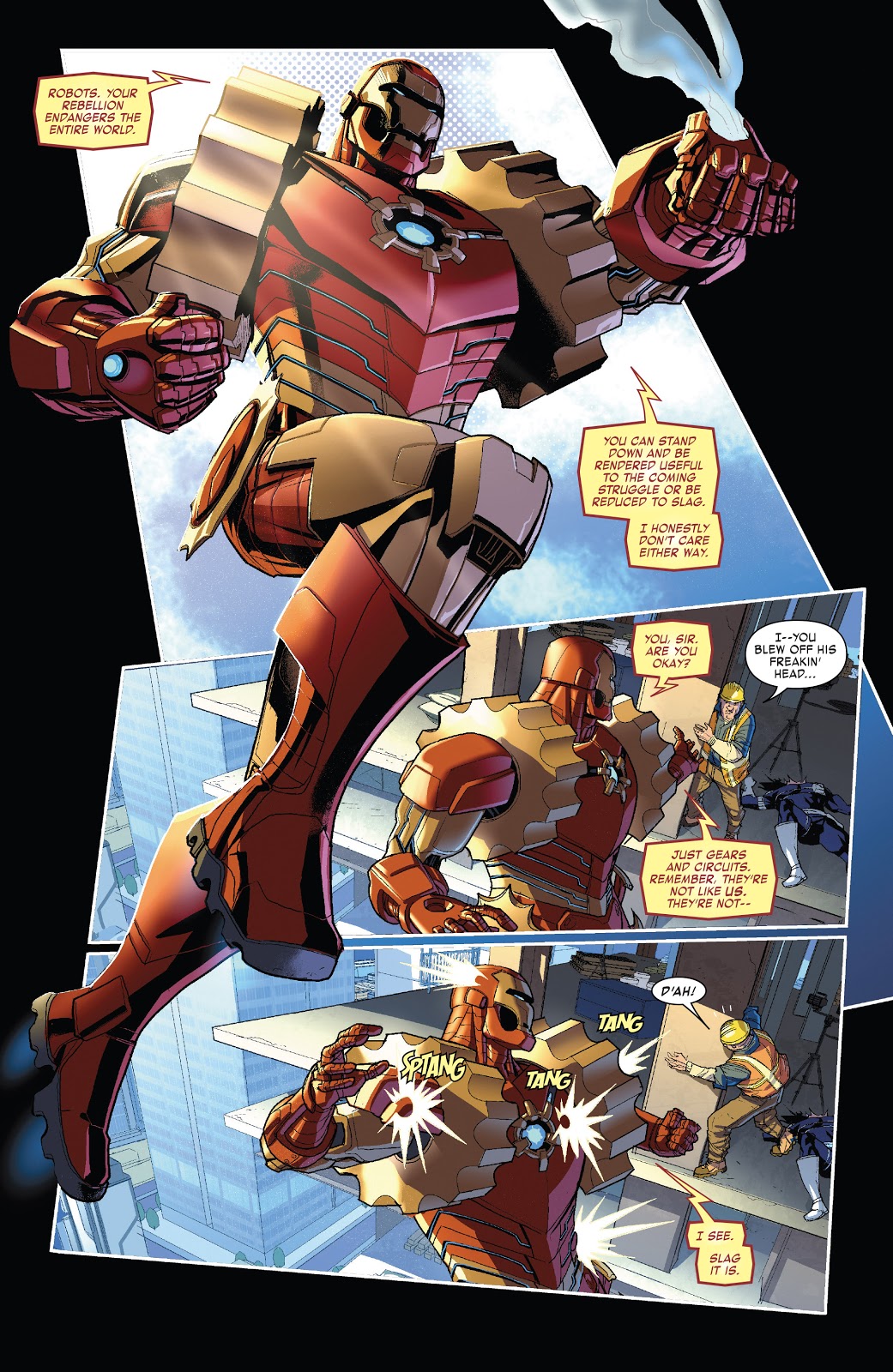 Marvel has always been strong on both continuity and relentlessly picking at that continuity. Back in the 1980s they published a glimpse into the far future of 2020 when Tony Stark’s relation Arno wore the Iron Man armour, and he wasn’t a nice man. Read it in Iron Man 2020. It seems Dan Slott’s entire Iron Man run has been leading up to his version of that story. Machine Man, in whose series the 2020 Iron Man was introduced in the 1980s, has been a continuous provocative presence in Slott’s run, and while Kieron Gillen revived Arno, establishing him as Tony’s smarter brother (see The Secret Origin of Tony Stark), Slott has built him up. The trouble has been that while the ideas have been good, the execution hasn’t, as seen in The Ultron Agenda, from where this picks up.

It closed with the shock of Tony Stark admitting he’s an artificial intelligence in a cloned body, and divested of his company (seen several times before), and so the focus shifts to Arno. He’s resurrected his parents in new bodies, merged Stark International with the questionable Baintronics, and anticipates a major threat arriving sometime in 2020.

Robot Revolution improves on Slott’s more recent Iron Man. He and co-writer Christos Gage are limited by six chapters, so the ideas don’t just run on, but the major difference is that Pete Woods makes everything look so much better. Arno’s Iron Man armour and the assorted revolting robots have complicated designs, as does some great retro Iron Man armour, but Woods locks in every cog and ratchet as well as filling the panels with people. It’s a lot of work, yet a lot of work was put into the original Iron Man 2020, and Woods knows there will be comparisons. His final chapter is a stunner.

What the plot brings through is just how many robot entities and artificial intelligences there are in the Marvel universe, many of which you’ll have totally forgotten about, and their cameos, verbal or visual are well handled. The ludicrous H.E.R.B.I.E. is a special delight. There’s rather a cheap ending to the problem of Tony Stark not being human, but the way Slott and Gage introduce and solve an Earth-threatening problem is to be applauded as is their neat way of solving other problems they’ve set up.

The idea of a robot revolution spread across the Marvel universe, and associated stories are collected in iWolverine and Force Works. As is now the custom, Slott ends his run by reverting to the status quo, leaving Christopher Cantwell to establish his version in a new Iron Man series. 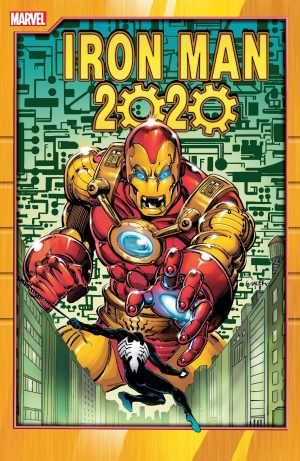 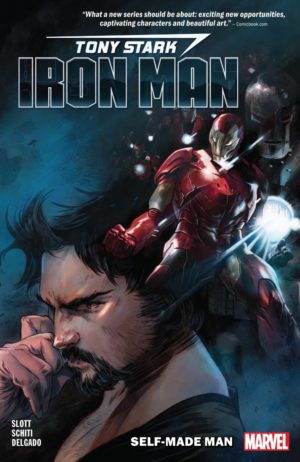