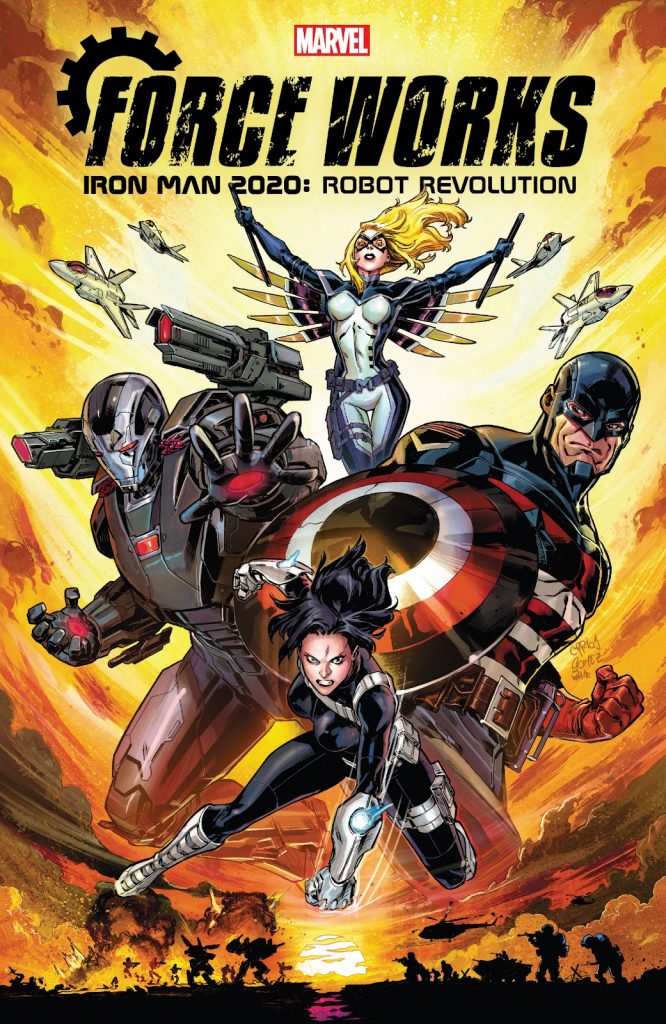 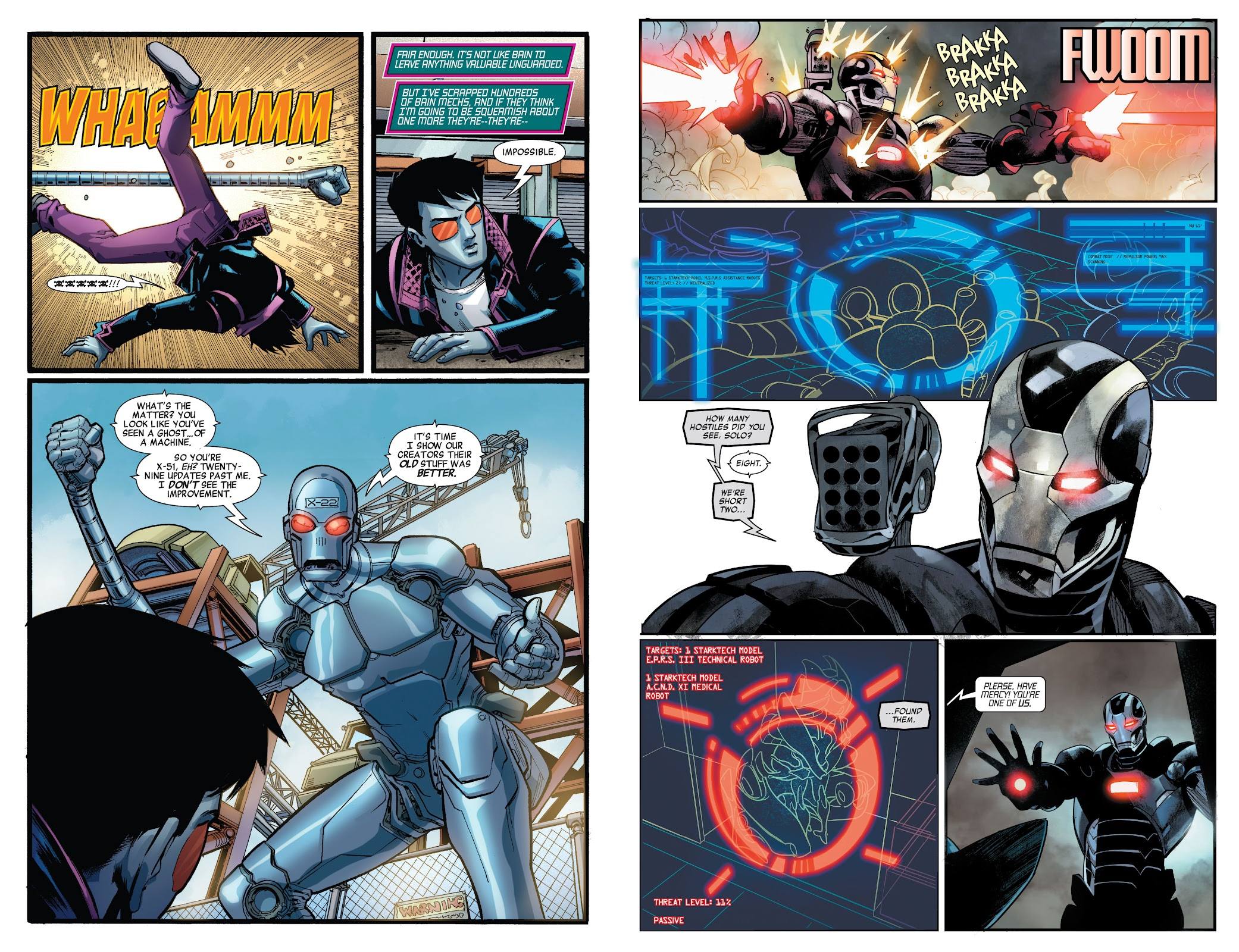 As the subtitle suggests, this collection of stories ties in with Iron Man 2020, where a robot revolution is taking place. Unlike the companion iWolverine collection the two longer stories connect more directly.

The Machine Man story, in fact, occurs in the middle of events, when Machine Man is distracted from his mission by an opportunity to rescue his one true love Jocasta. That he’s capable of such feeling should solidify the concept of artificial intelligence, which was perhaps a missed opportunity in the main story. Christos Gage, however explores Machine Man’s evolution, discussing how far he’s come, and also works with the idea that originally he was X-51, so could there have been others before him. It’s unpredictable, and all very nicely drawn by Andy MacDonald.

Tom DeFalco was responsible for the Machine Man of 2020 (see Iron Man 2020), and along with him came a crew of scrap salvagers, reintroduced by DeFalco and Mike Hawthorne in the midst of the robot war. Theirs is a standard adventure with little emotional weight.

Force Works was once the name chosen when the West Coast Avengers were rebranded, but their 2020 counterparts are lower key, a missions squad led by former S.H.I.E.L.D. head honco Maria Hill, and consisting of superheroes with military or covert experience. For a bunch supposedly steeped in military discipline they sure bicker a lot under Matthew Rosenberg, who incorporates a sinister use of technology responsible for an unconventional hero of old. He surprises with the cast used, down to the villains, but delivers a story that could in all honesty have nothing to do with the rebelling robots. Still, what’s important is that it entertains, which it does, and that artist Juanan Ramírez keeps the story tight and the action loose, which he does.

Three short stories round off the collection. Nick Roche designs some great robots when DeFalco has Machine Man meet some old friends, tying in with his earlier shorts, and the team of Fonda Lee and Damien Couciero show us the involvement of an old robot villain in what’s going on. The best of this section, though, is Christopher Cantwell and Matt Horak looking at Dr Shapiro. It’s creative, has some fine art, it’s funny, and says what it needs to in ten pages, making it the collection highlight.

Not everything collected in Force Works is first rate, but there’s just enough entertainment to justify the cover price.