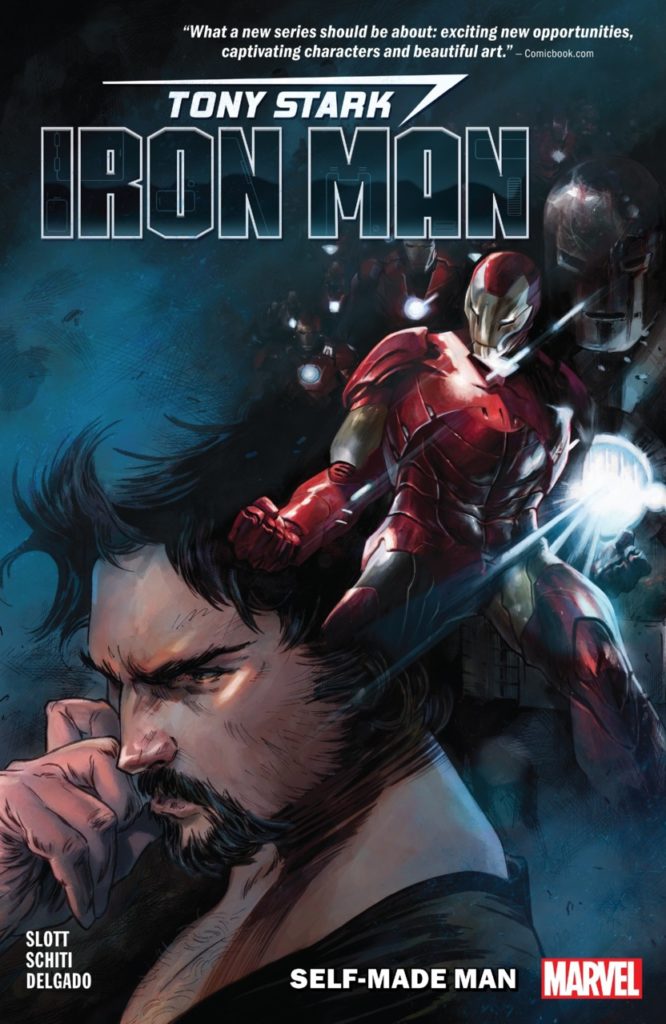 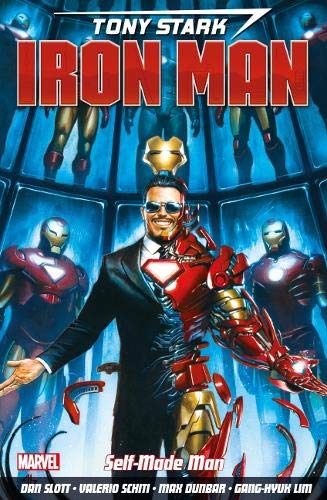 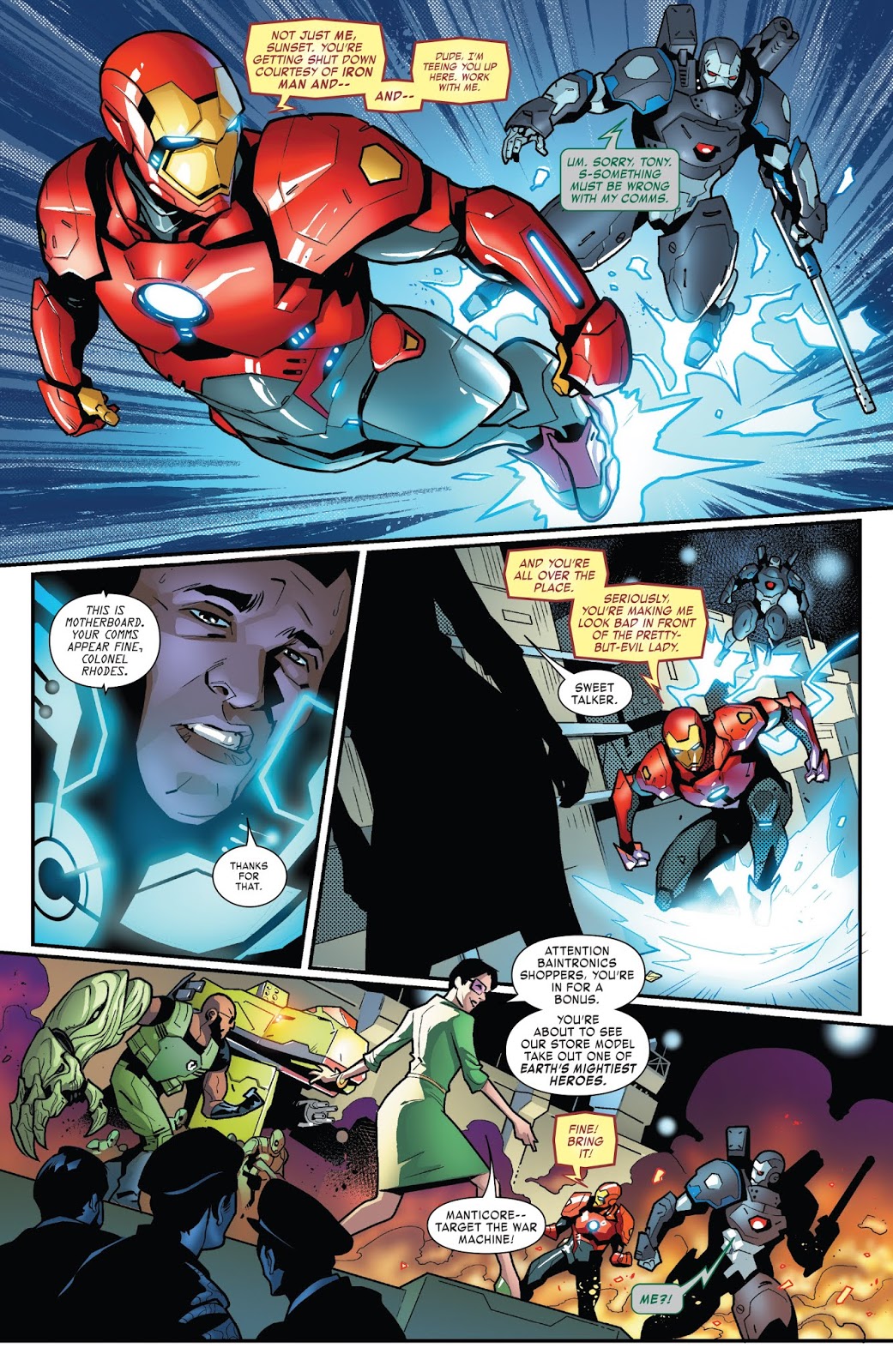 Dan Slott’s first task in introducing yet another Iron Man series is to introduce his world, and the best way into Tony Stark’s impossibly glamorous and technologically up to the minute existence is through the eyes of an outsider. So welcome to Andy Bhang, the now middle aged guy Stark beat at a Robot Wars tournament 25 years ago. Stark’s just bought his company, and through him we’re given the whirlwind tour, complete with potential disaster in the form of an attack from a giant dragon and a press conference ending. It’s clever and efficient, yet the feeling can’t be shaken that we’ve almost seen it before. Yes, even the comparative novelty of an Iron Man Transformer.

Two things make it slightly different. The first is the presence of artificial intelligence Jocasta, there to ensure the rights of artificial intelligences are respected. That’s minor in the opening chapter, but comes to have major repercussions. The bigger picture is artist Valerio Schiti. He’s good, but he’s not the type of ultra-clean artist associated with Iron Man since 1990s, the type who’ll ensure there’s always a glint of sunlight off the highly polished armour. Schiti is messier, his pages busier and frequently with a greater sense of movement to them than we’ve been used to in the past. It’s an interesting contrast, but not one that’s comfortable in all respects, as sometimes the layouts are claustrophobic. His Tony Stark and Janet Van Dyne as an old movie star couple, say Clark Gable and Audrey Hepburn, is a charming treat, mind. On the final chapter there’s a complete contrast between the pages provided by Max Dunbar and those of Gang-Hyuk Lim, the former producing relatively traditional page layouts with lots of space, the latter providing jagged, crowded panels.

From the second chapter Slott displays more of the original thinking that’s made other superhero titles he’s written so delightful. He introduces complications for the cast, for Stark’s business and ensures they’re going to be around for the long term. There’s no easy fix. The tour of Stark’s premises in the opening chapter does actually set the tone better than it first appears because Stark Unlimited and its premises have a part to play in everything that follows. In Self-Made Man at least it’s how Slott differentiates his version of Tony Stark and Iron Man from earlier incarnations, emphasising him as head of a company on which a lot of people are dependent. New products are tested there, and foes target Iron Man there, so we come to know several of the staff very well.

We’re also reintroduced to Tony’s long lost brother Arno in the final chapter, a scientific genius in his own right, but far less ethical. His is almost a horror story, and is setting up plots to come.

The jury’s still out on Tony Stark, Iron Man. Slott is among the best writers of superhero comics, consistently clever and surprising, and because he’s so far ahead of the field Self-Made Man is good, just not as good as Slott can be. Stark Realities is next. 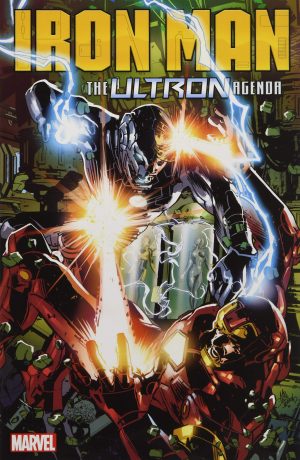 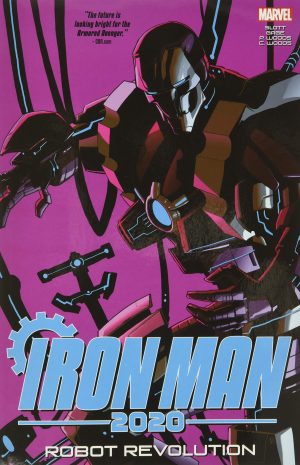