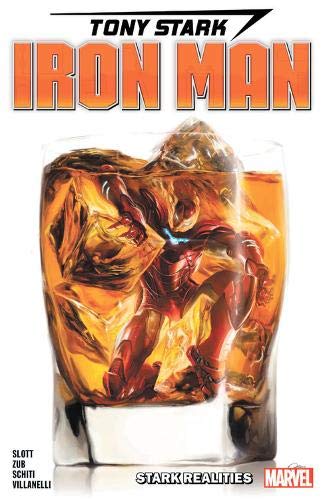 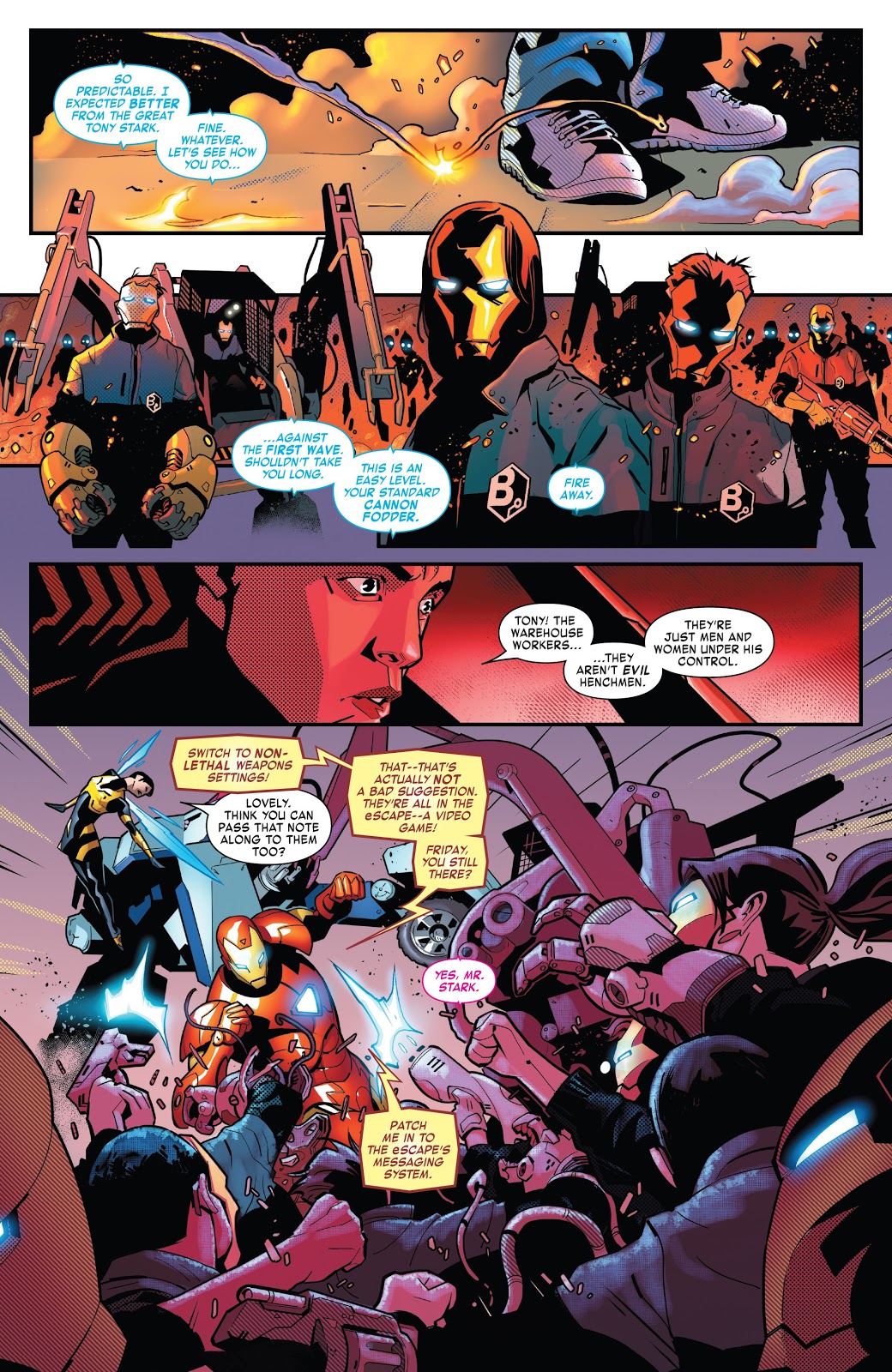 On pretty well every series he’s written for any length of time, no matter how long it’s run, Dan Slott manages to identify an interesting aspect that no-one else has really explored. With Iron Man he considers at what level an artificial intelligence is a lifeform to be respected as an individual. He’s mixed that with Tony Stark’s company and major competitor being recognisable analogues of real world tech corporations. He’s a little more circumspect about prejudice and bigotry, ascribing it to individuals, but the plot here concerns the idea of suddenly empowering every loner who’s ever considered going into a school, hospital or shopping mall armed to the teeth.

Having seemingly worked out the kinks in Self-Made Man, the eScape virtual immersion system is now ready for launch, and Stark Realities investigates what happens when anyone in the world who can afford the interface logs on. Everything goes fine… no… hang on… Aaaaarrrgh! The real world consequences are immense, tragedy beyond any individual shooter, and not really dealt with as such. There are some glib apologies, some finger pointing, but heigh-ho, life goes on for those who survived.

Slott’s working with a very large cast, at least ten people having significant roles, several lost in the shuffle, not contributing much until the one scene justifying all their other page time. Part of that crowding is down to Valerio Schiti, whose artistic looseness has its moments, but his panels are also sometimes so packed with shapes it’s difficult to know what the eye should focus on. This is emphasised by Paolo Rivera’s pastiches of Iron Man as he once was, drawn in the style of artists who worked on the feature decades ago. Their style was clearer, and so is his.

By the final chapters Jim Zub has become co-writer, but before then, with the glaring exception noted above, most, but not all, subplots are brought to a pleasing close, leaving Zub with one massive elephant in the room, which is nice. Other pleasing aspects are the little touches. These aren’t intrusive, and don’t majorly impact on the plot (although Arno Stark may yet), but anyone who has history with Iron Man will recognise the nods here and there to earlier adventures. These small thoughtful touches extend beyond, such as the eScape system enabling Jocasta’s morning virtual walk to work. However, not everything gels. It’s partly the large cast not all effectively used, partly the cluttered art, and partly aiming for the epic, but not having the space to effectively address the assorted cans of worms cracked open. Some may be revisited, but as with Self-Made Man, Stark Realities entertains without Slott approaching career peaks. The War of the Realms is next.