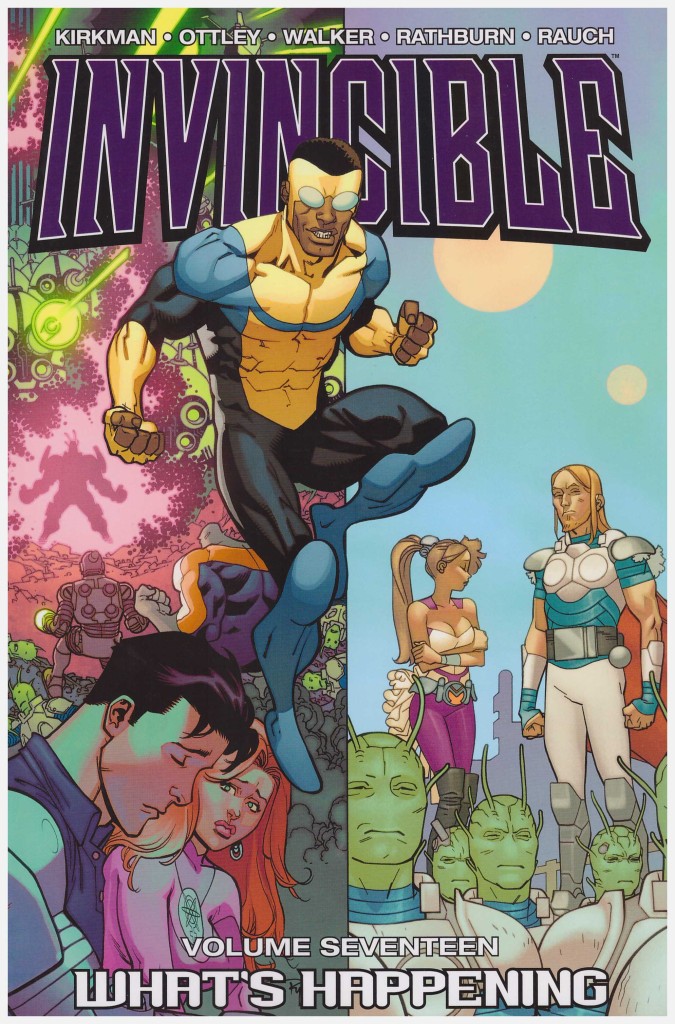 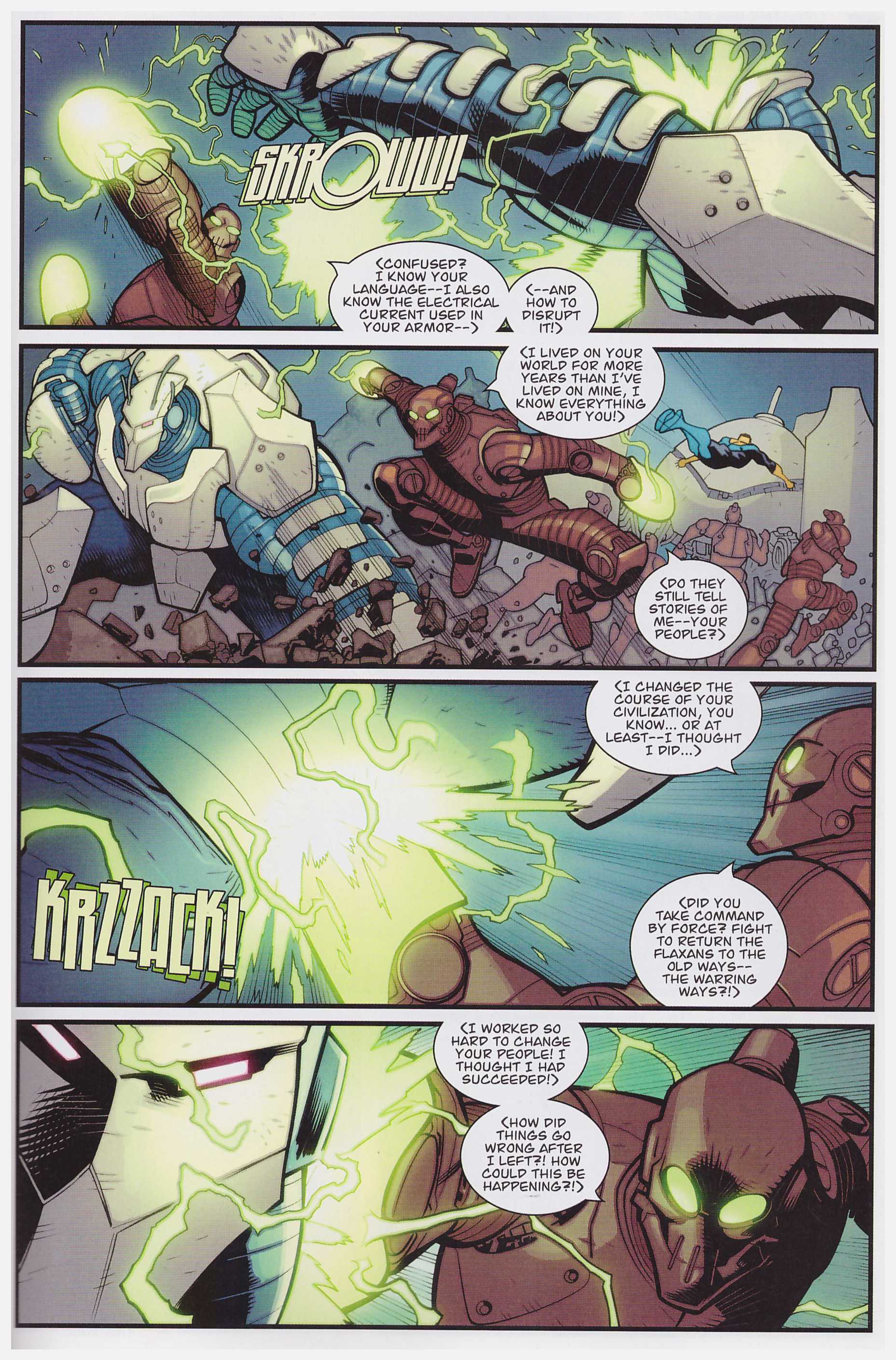 All things considered, What’s Happened might be a more accurate title as for much of this collection there’s almost no Invincible in either incarnation as the focus is instead predominantly on Robot and Monster Girl.

They’ve been with the series since the early days, members of the Guardians of the Globe. Robot is blessed with a vast technologically attuned brain and the capability to control robots of his construction telepathically. Monster Girl is a woman who can transform into a fearsome beast, but each transformation reduces her physical appearance, so for most of the series she’s resembled a twelve year old girl. During The Viltrumite War the pair jumped through to the dimension from which the alien Flaxians originate, returning in Get Smart, and mentioning that time passed differently. Their previous bond has been snapped, and hints have been dropped as to what caused this. What’s Happening supplies the full monty.

It’s a brave move on Robert Kirkman’s part. Not only does it all but require the absence of the titular hero for three chapters, but it switches the focus of the series from colourful superheroics to character-based science fiction. For all that, it’s not as entertaining. Having established the passage of time, in order to tell a story over an extended period much is compressed by necessity, meaning the soap opera aspects are prioritised over other plot elements. The tale is one of absolute power corrupting, which then feeds into yet another Flaxian invasion of Earth, and despite the background it’s nothing we’ve not seen before in Invincible. There are consequences that begin to manifest in the following The Death of Everyone. Ominous, huh?

Events of Family Ties left Mark Grayson indisposed, circumstances he’s finding it difficult to deal with, so the Invincible on parade here is Zandale Randolph. As he’s not been fleshed out yet there’s plenty of room for manoeuvre and Kirkman constructs an interesting family dynamic and home life. His girlfriend isn’t as understanding as Atom Eve, and Randolph himself is far more impulsive, which isn’t always advisable.

Series co-creator Cory Walker (sample art) again steps back in to produce some of the art, and his pages, those set on the Flaxian world, have a different approach, and contrast the regular work of Ryan Ottley well. Walker brings a lot of craft to his pages, not least the emotional characterisation via posture and expression. He mentions in the bonus features how Monster Girl is dressed differently in every scene to indicate the passage of time, but he also advances his backgrounds and the technology. Ottley lets loose with some excellent spreads, conveying the chaos of war, and elsewhere it’s business as usual with a calm confidence.

What’s Happening is only mildly disappointing by the high standards Invincible regularly sets, featuring fewer surprises and less thrills. By the standards of superhero comics in general, though, it’s very good.