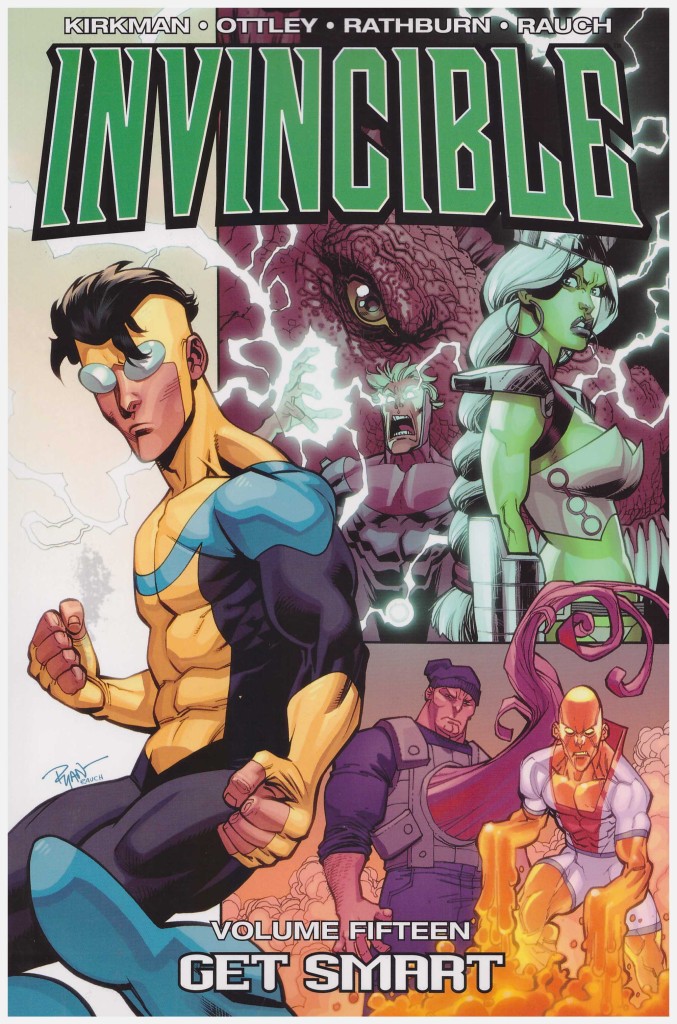 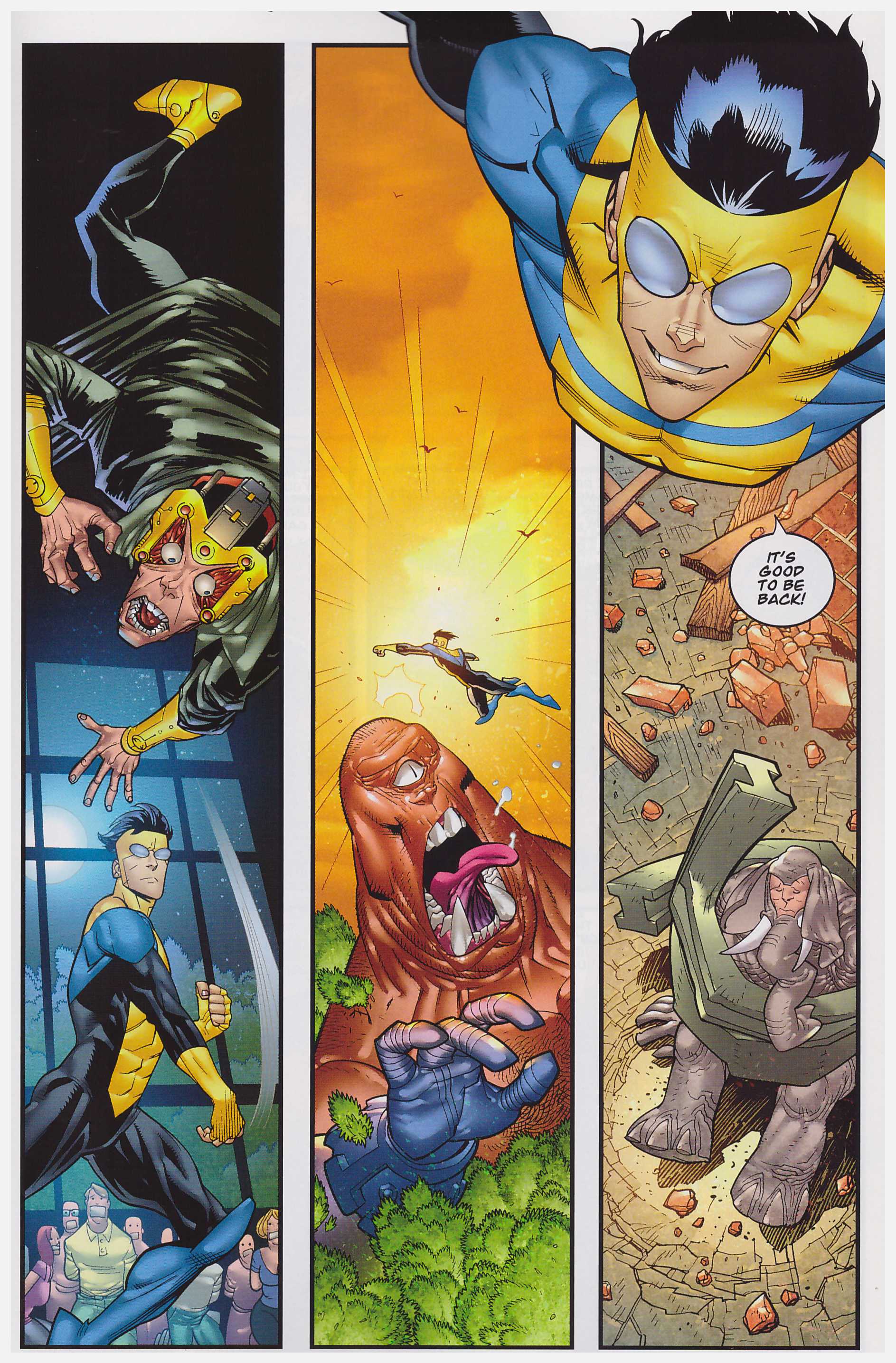 The fourteen book run of Invincible to date has presented an assortment of villains, and while it’s not exclusively the case, very few are essential to the ongoing plots. Invincible and colleagues need someone to beat up to provide some action scenes, and Mauler just happens to have popped his head up to rob a bank. That begins to change here. Growing Pains introduced two characters that just slotted into the punching bag of the month role, both return here, and both have an interesting role to play.

It’s Dinosaurus who’s the most fascinating, a fearsome, well, dinosaur, but with an evolved intellect to match his hyper-predatory form. In his first appearance he was revealed to be somehow transformed from an ordinary teenager, and his intentions prioritise the bulk of humanity. The problem with his attitude is that if a few million die for the betterment of the planet that’s a small price to pay. This isn’t universally embraced viewpoint, particularly when he attempts to destroy Las Vegas, considering it an abomination.

The sheer amount of ideas Kirkman throws out here is exhilarating. The underlying plot is Invincible’s increasing discontent about always being the sticking plaster rather than the solution, and that leads to a shocking final page, but we also have the full complement of other surprises. Among them is the way Kirkman ties in Invincible considering how he goes about his business of protecting Earth and dealing with a couple of the threats. Beyond that, it’s quite the jaw dropping moment the first time we see Robot in this book, and several other members of the supporting cast travel in unexpected directions

Ryan Ottley’s design for Dinosaurus is fearsome, but take a look at the sample page and the work he’s put in creating three background villains never to be seen again. He’s that good throughout the book.

The final pages are a logical conclusion to what’s been developing throughout Get Smart, and reflects the title more than usually. It means that Family Ties is going to present a very different Invincible.