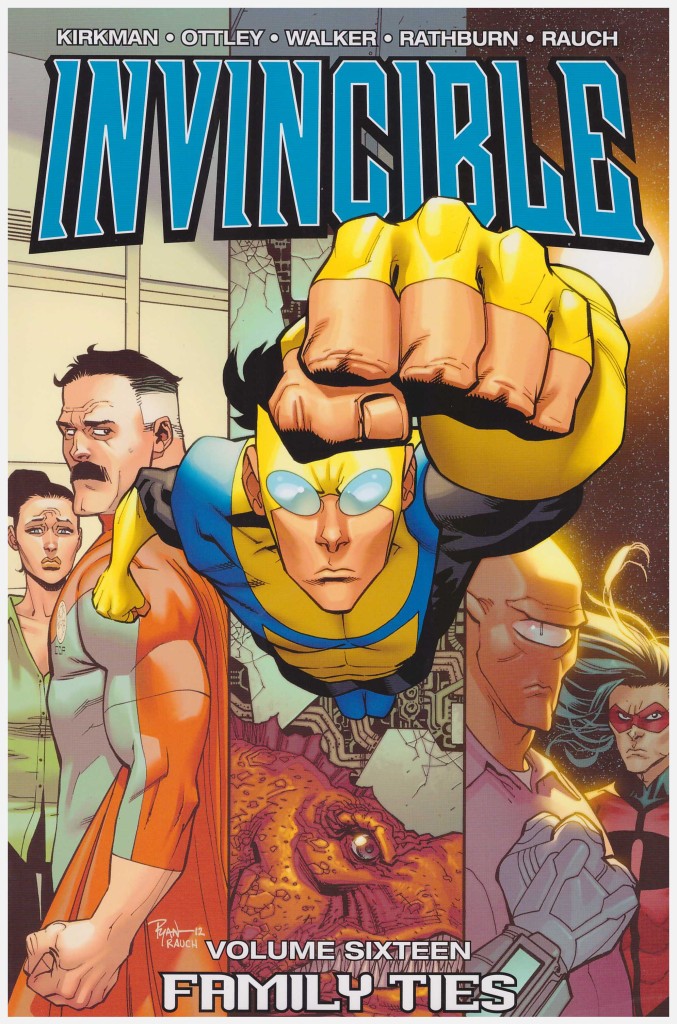 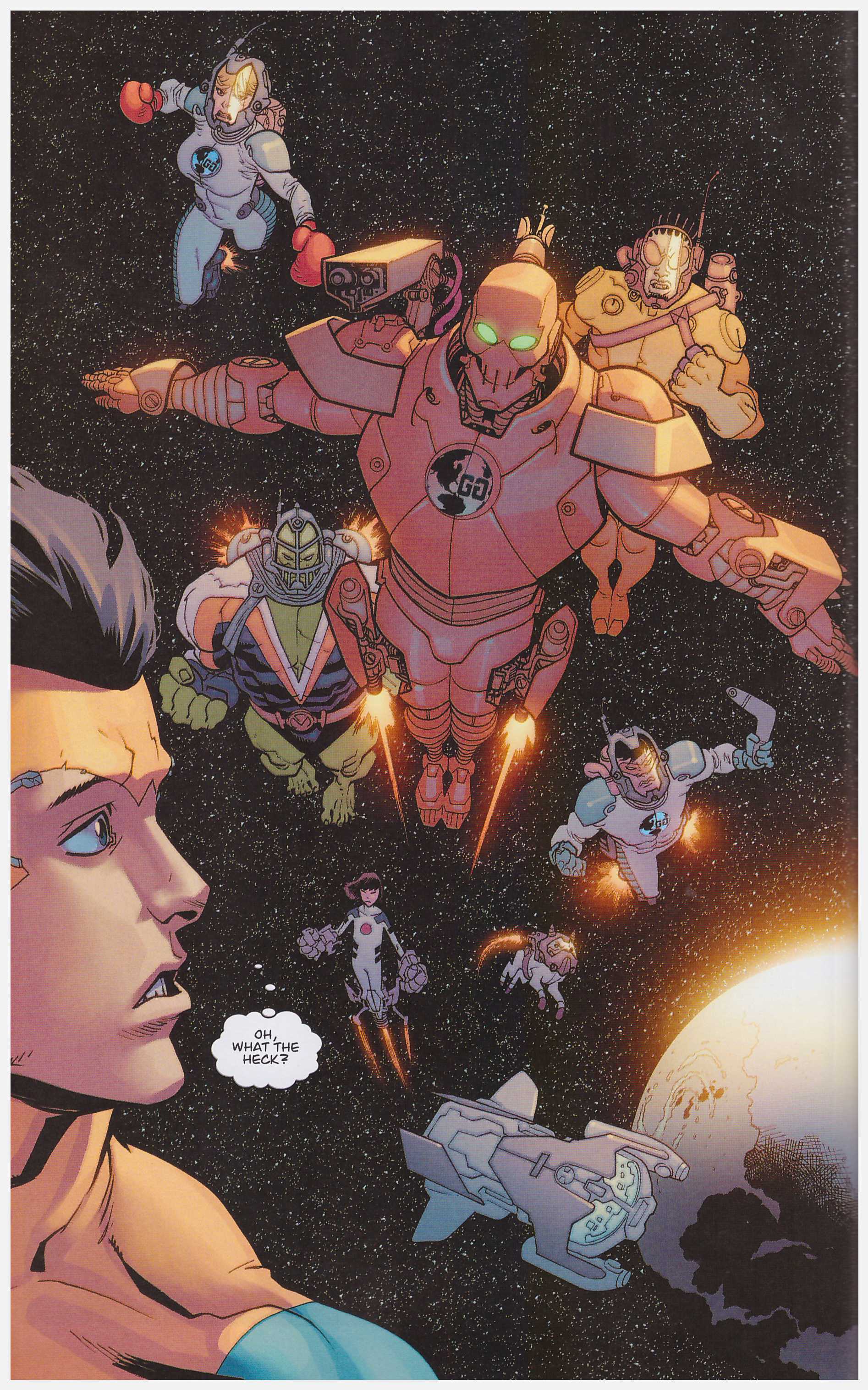 Dinosaurus, a terrifying looking dinosaur, but with a prodigious intellect, was first introduced as a throwaway villain, but always with the intention of bettering the planet, the snag being his cold-blooded attitude to the human casualties his methods would cause. In the previous Get Smart his priorities were displayed with horrific consequences, but his abiding attitude fed into Invincible’s growing concerns that he was hardly putting his own abilities to their best use.

The spoiler is that Invincible has concluded that he can best better life for the maximum number of people by embracing Dinosuarus’ ideals, while acting as a brake on his methods. This sets him on a collision course with pretty well anyone who’s previously supported him.

It’s a different ethical consideration that opens the book, as we’re presented with two chapters of slam-bang alien sex and violence. Don’t worry, the sex is coy, although not enough for some as Robert Kirkman revisits a theme played for laughs previously. The violence is no laughing matter, setting friend against friend over a matter that has no correct answer, and this eventually escalates to encompass the entire book. By the midway point pretty well every powerful being in the vicinity of Earth is hanging above the planet, each with a different view of how matters should proceed. Kirkman’s always excellent in ensuring the unpredictable occurs, and does so again.

The manner in which he takes chances by upsetting the status quo consistently impresses. Due to circumstances beyond his control, Invincible requires a temporary replacement. We’ve already met them actually, and their temperament is entirely different from that of the original model. Will it work out? It’s a plot that continues into the following What’s Happening.

Artist Ryan Ottley? There’s been very little progress since he began drawing Invincible, but that’s because he was so accomplished from the very start. He has a storyteller’s instincts, laying out very effective pages, and his clear and open style is equal to anything thrown at it. When the worst criticism you can pick at is that his bloodied faces aren’t entirely convincing, you know the art is in safe hands.