Invincible Volume Eighteen: The Death of Everyone 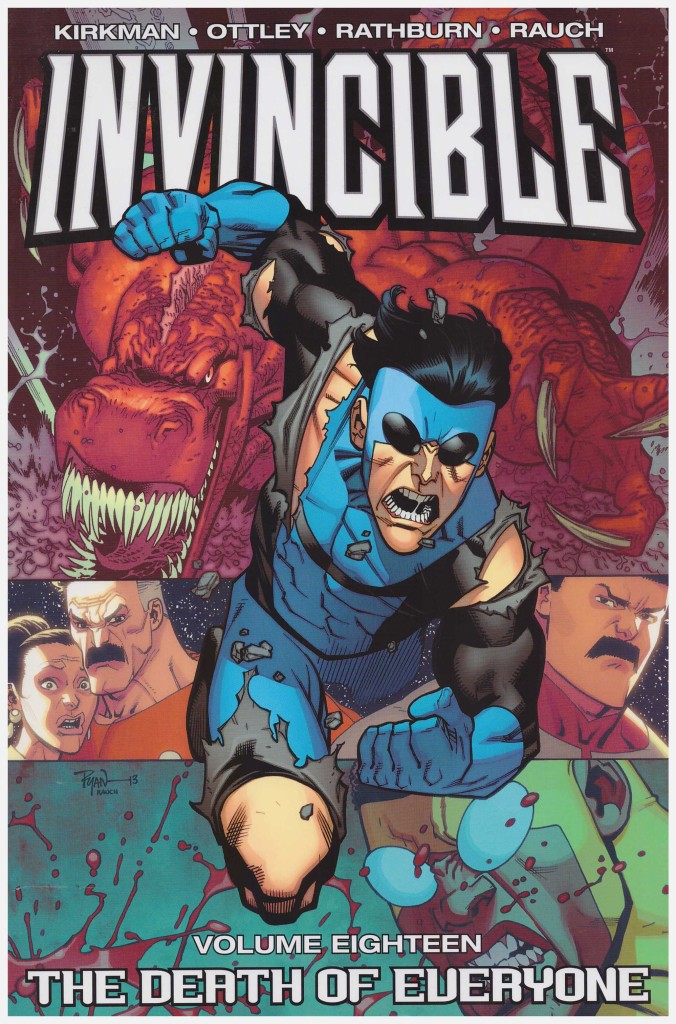 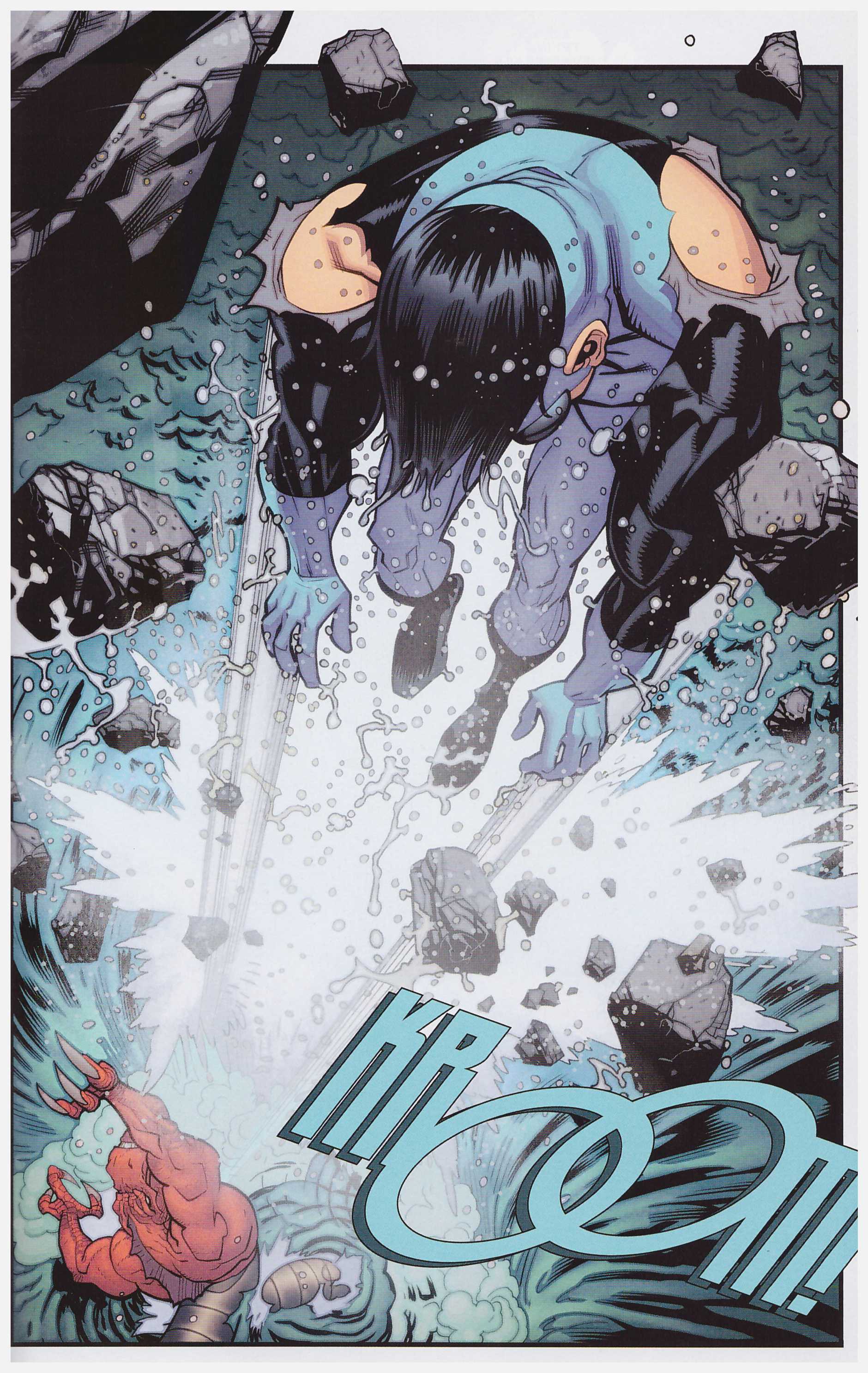 As titles go, The Death of Everyone is pretty imposing, isn’t it?. Don’t worry, though, as Robert Kirkman’s only teasing. That’s not to say this graphic novel lacks a body count, just perhaps not as high as the title indicates.

What’s Happening related how there’s now someone else performing as Invincible, and instead of just using Zandale Randolph as a convenience when required, Kirkman integrates him and his problems into the ongoing soap opera. We’ve already learned that he masquerades as his brother when a superhero, and that’s both given greater depth in the opening pages and a veneer of disbelief by Kirkman expecting us to believe parents wouldn’t be able to tell the difference between their elder and younger sons. It’s not a problem for long, however, as Kirkman drops one hell of a plot bomb. Genuinely. It’s a total jaw-dropper. In a brilliant piece of writing over three pages he creates a massive problem, and solves it in a manner ripe for later repercussions. The skill and cheek of it really is to be admired.

As good as that is, it has little impact on the primary plot. The inconvenience for Mark Grayson in the previous volume is rapidly rectified, and the book’s true horror comes into focus with a falling out among friends spectacularly illustrated by Ryan Ottley. There’s a clever deception, more horror, and a well-depicted necessary solution. It’s been a fantastic ride, including one battle consisting of nothing but Ottley’s full pages, and we’re only two-thirds of the way through the book.

At that point, despite a heavy revelation, a breath is taken, there’s pause for consideration, some working relationships are revised and Kirkman escalates us into the next major issue. A solution negotiated in The Viltrumite War resulted in the remaining aliens with Superman-like powers settling on Earth incognito, as Mark’s father had done. Except Thragg has never really accepted this turn of events, and he also knows a secret…

You may have read superhero comics your entire life, and believe you’ve seen it all. Okay, Alan Moore might have thrown in a few twists in the 1980s, but no-one takes you by surprise. Kirkman will. And he’ll do it again. And again. That’s what makes Invincible such an engrossing superhero series. The material collected here was published eight years after Invincible’s first issue, yet there’s still not a shred of predictability about matters. Up next is The War At Home.