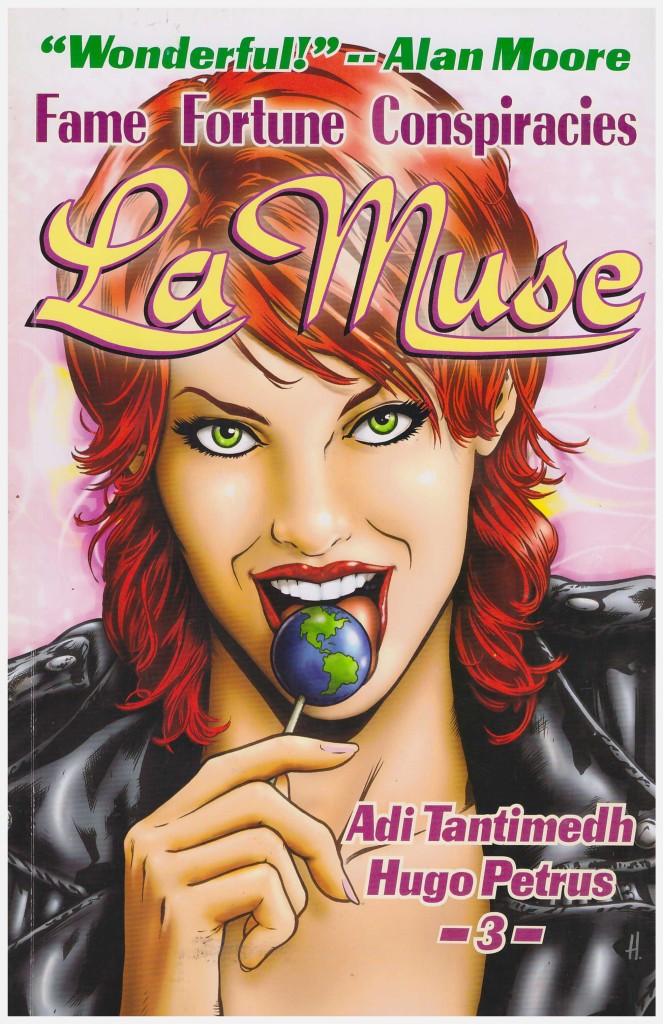 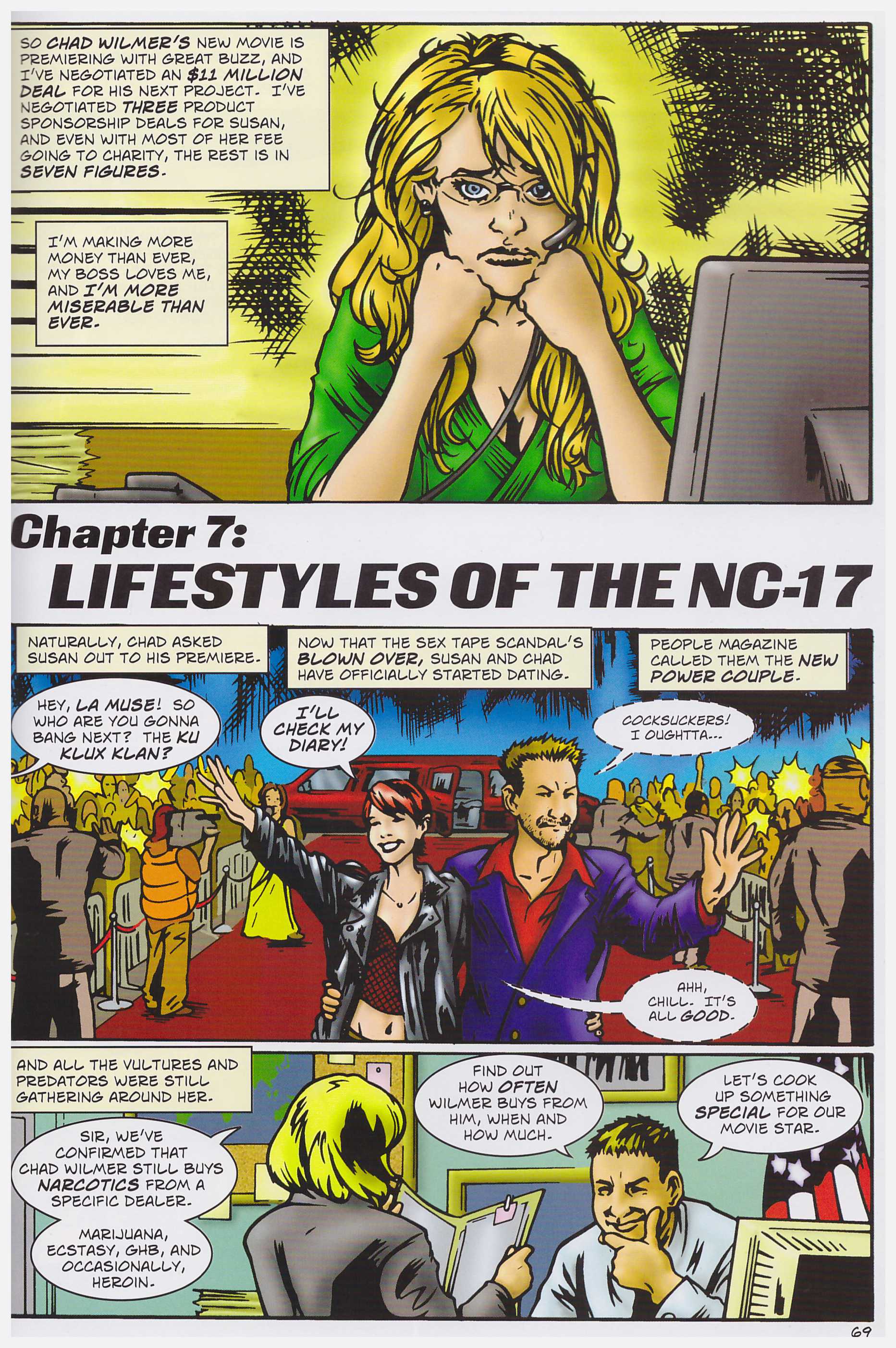 From his earliest involvement with comics Alan Moore has been an enthusiastic supporter of new creators, offering encouragement and constructive advice. He’s really gone overboard about La Muse, his back cover quote suggesting other creators of superhero material could read and learn how to do it properly.

He has a point. After decades of superheroes, doing anything at all new with them has become increasingly difficult, and few manage it. Adi Tantimedh and Hugo Petrus have. There’s a turn of the millennium glitz to their story of the most powerful woman on the planet, social activist Susan La Muse. The social activism long preceded the revelation of super powers, and she’s largely characterised via her exasperated sister Libby, less the free spirit and more the p.r. agent. It’s a neat touch, affording instant reader identification as we all image our brother or sister as the most powerful person on Earth.

It’s natural that anyone with Susan’s planet saving agenda would be considered a threat by entrenched interests, but her abilities are on a reality altering scale, and they’re unable to come anywhere near her. As such La Muse provides the ultimate fantasy for the bleeding heart liberal: an attractive woman with an open attitude toward sex fixing everything that’s wrong with the planet. Wish fulfilment figures haven’t been this obvious since two put-upon science fiction fans created Superman. Tantimedh’s made a list of everything he dislikes, then figured out how an open-minded woman would deal with them. Right wing uptight shock jock? Don’t take them seriously and give them a hug live on TV. Bunch of neo-Nazi skinheads who’ve abducted your mate? Fuck them into submission. Nuclear warheads? Accelerate their half-lives until they’re inactive. She endorses kiva.org, and reverses the course of climate change.

As absolutely nothing is a threat to Susan it might be assumed the tensions underlying superhero comics are absent, which is the case, but Tantimedh replaces that with a gut-busting sense of humour, and a plot twist preying on men’s hypocrisy. It’s very good. You want to turn the page to see how she’s going to deal with the NSA agent that’s been threatening her friends or the leaked video. Once you’ve settled into that, there is a significant change, amusingly worked, as this is a graphic novel of two halves. The relationship between Susan and Libby is very well constructed also. We’re so used to TV drama shorthand that assumptions will be made, and they’re wrong.

While the script is smart, the art isn’t quite at the same level. Petrus uses a lot picture reference for expressions that don’t quite work, sometimes resembling people gurning for the camera, and has problems with consistency. This would just about hold together without the mistaken choice of an airbrushed effect for his shading, which makes the art look blurred all the way through. It’s not a deal killer, but just means La Muse doesn’t look as good as it might have done.

Tantimedh, though, continues to surprise to the final page. His foreshadowing is subtle, his dialogue smart and his relationship building first rate. So, Alan Moore’s right, and the cover quote is justified.

One final item. The ‘3’ on the cover doesn’t indicate this as a third volume as many might assume to be the case, with sales damaging consequences. It’s the alias used by the colourist. 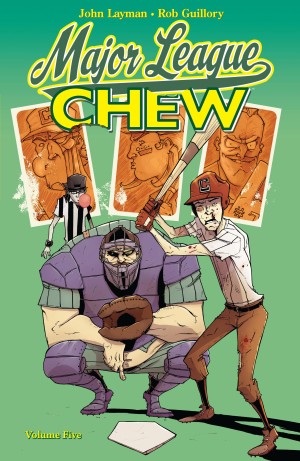