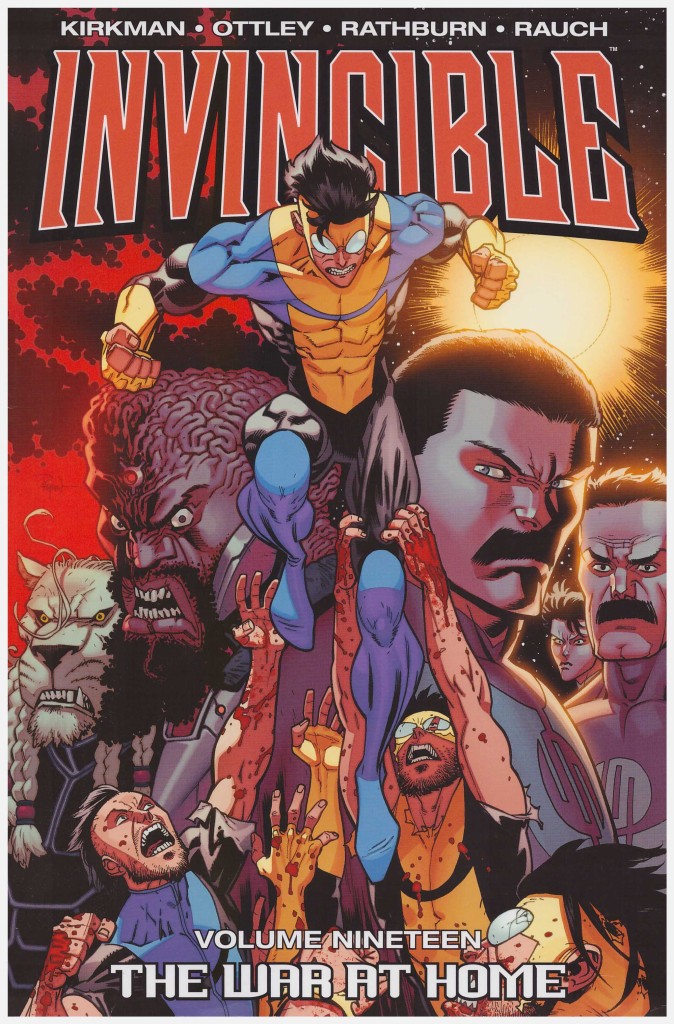 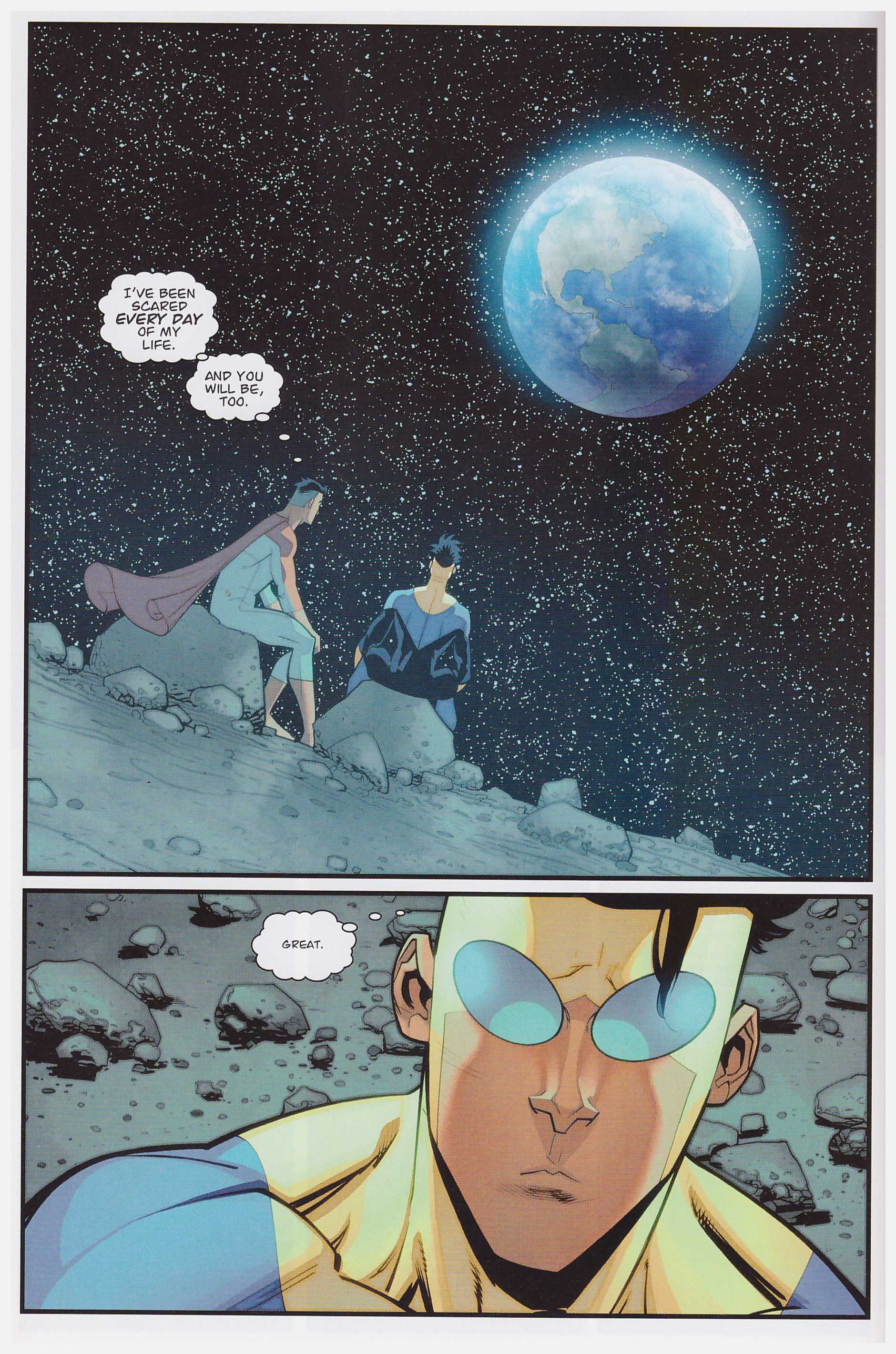 It might be assumed that Robert Kirkman couldn’t top the amount of either stunning or shocking incidents he packed into the previous volume The Death of Everyone. It shouldn’t be entirely discounted, but it doesn’t occur here, although there’s more than enough to keep anyone captivated. Enemies are queuing up to make Mark Grayson’s life difficult. These include former friends, disgusted over both his recent past and the deceit employed since.

Before then, though, there’s Angstrom Levy. We’ve seen what he’s had to endure in another dimension since he last attacked Invincible, and Kirkman sets up his trap solidly, explaining exactly why Atom Eve isn’t able to deal with him in a nano-second. A very tense and well written conversation occurs while Invincible again meets his other-dimensional duplicates and let’s just say there have been changes.

Ryan Ottley’s style has changed as Invincible continues. He’s always verged toward cartooning, and now embraces that more fully on occasions calling for considerable exaggeration. Elsewhere we now take it for granted how easily he switches from alien scenarios, to Earth, to subterranean environments and back again, never failing to convince with the background.

The soap opera aspects predominate in The War at Home. Kirkman has a multitude of plots on the boil, and beyond the opening sequence with Levy none are concluded. The sheer volume of cast members and their assorted preoccupations ensures any possible sense of frustration at this is entirely absent. It’s an absolute faith that Kirkman will pay out in the end because he’s done it so many times during the course of the series. He ends with quite the predicament for Mark Grayson, and with a series regular now ready to activate some long-held plans. Always leave them wanting more? Mission accomplished. Head to Friends.