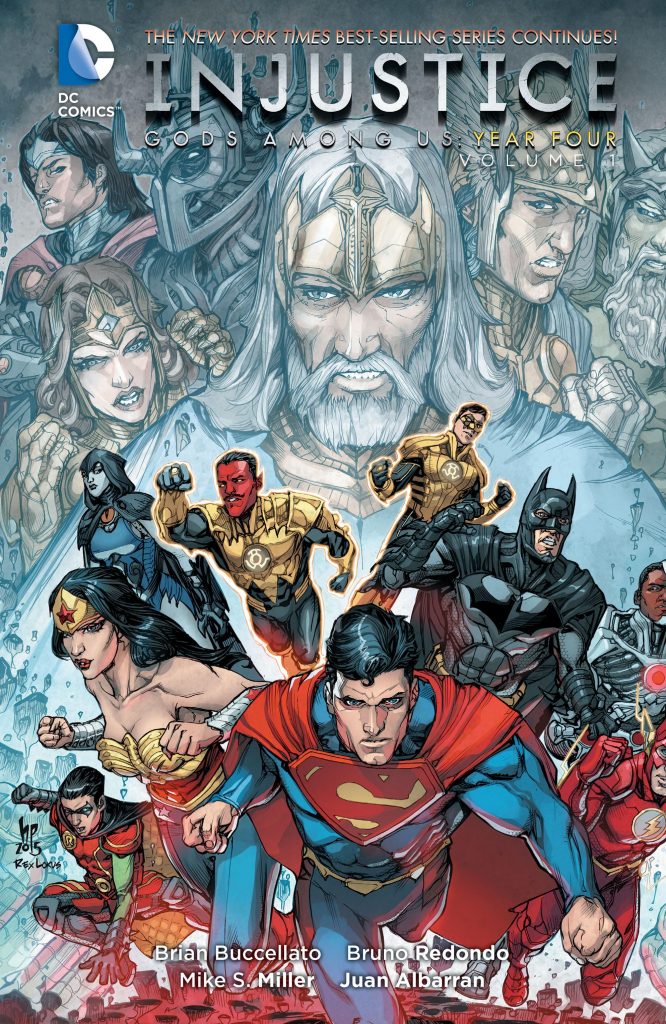 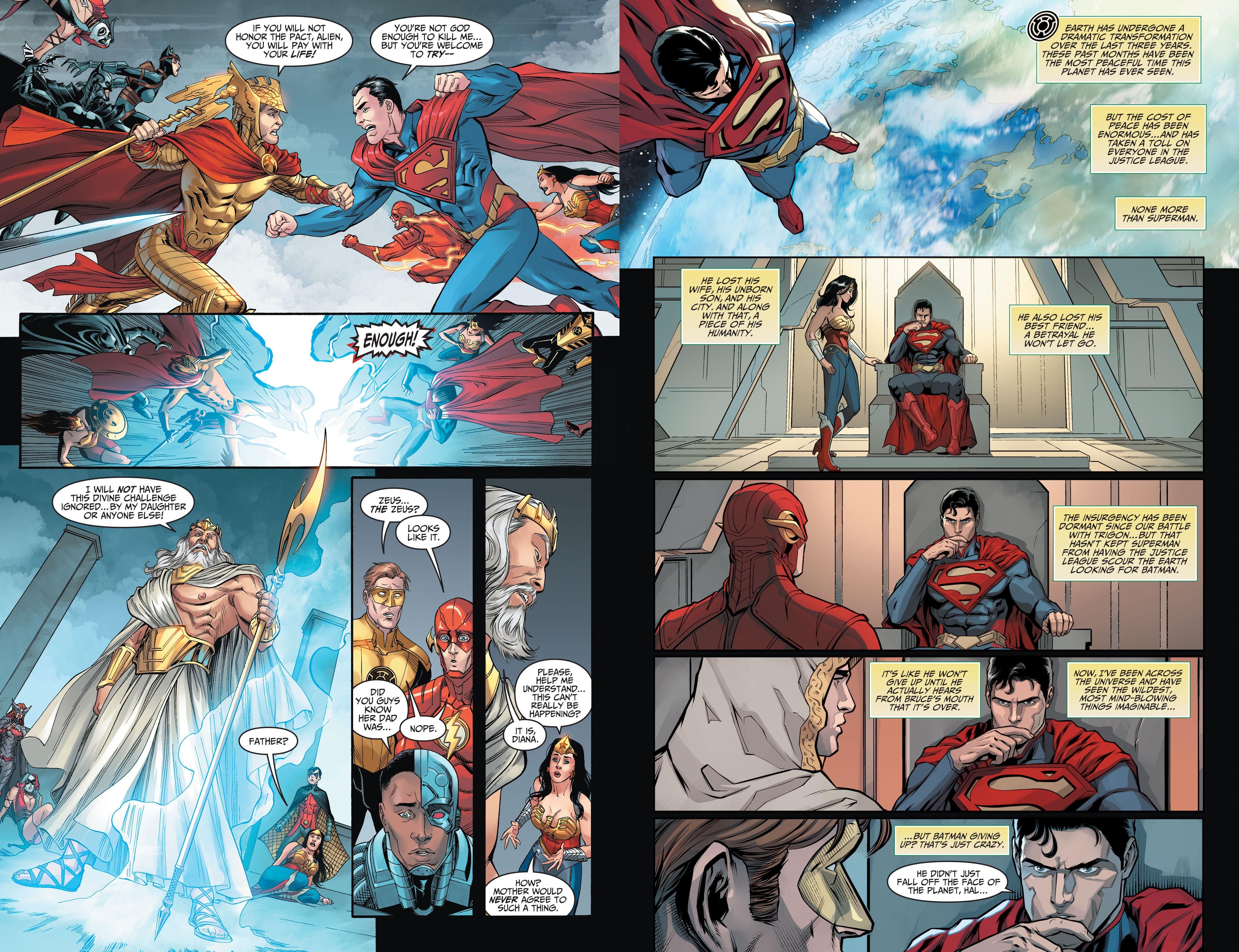 For the opening chapter of this fourth year of Superman controlling Earth, Brian Buccellato portrays him as a Shakespearean king, isolated and brooding, the topic of his discontent his failure to locate Batman, who’s now twice come close to overthrowing him. Buccellato may be the new writer as of Year Three, Volume Two, but he’s astute enough not to mess with a successful formula, using the same writing techniques employed by Tom Taylor to foster suspense and anticipation. Every year Superman has faced a major conflict with a well organised force in theory powerful enough to bring him down. This time it’s the Greek Gods. Ares has already been seen, and now his pantheon have the Amazon army under their control. Will Wonder Woman’s allegiance be tested?

Buccellato refers to Taylor’s techniques in the smaller matters as well, not telling a linear story, dropping the surprises and then winding back to explain how events came about, and making good use of people ultimately being true to themselves. Sinestro has allied himself with Superman, but is barely seen in this segment, yet his sole brief appearance is shocking and absolutely pivotal.

A brooding Superman isn’t the only person who has matters on their mind. Batman has had to retreat to consider his plans, and Luthor, long revealed as the person associated with Superman feeding information to others also has things to consider about the man who was his friend. “The road that he’s travelled in the name of peace has been paved with blood, pain and oppression”, he concludes, justifying what he has to do.

Artists Bruno Redondo and Mike S. Miller have been alternating since Year Two, Miller on board since Injustice Year One, and theirs is a continued streak of excellence. Miller tends more to the shorthand superhero type, but his page designs convey the power and grace of essential moments every bit as well as Redondo.

As ever, the conclusion to the first volume is only halfway, but Buccellato has packed in the talking points, and finishes with a cliffhanger guaranteed to pull everyone into the concluding volume. As usual, both a combined for the Complete Collection.