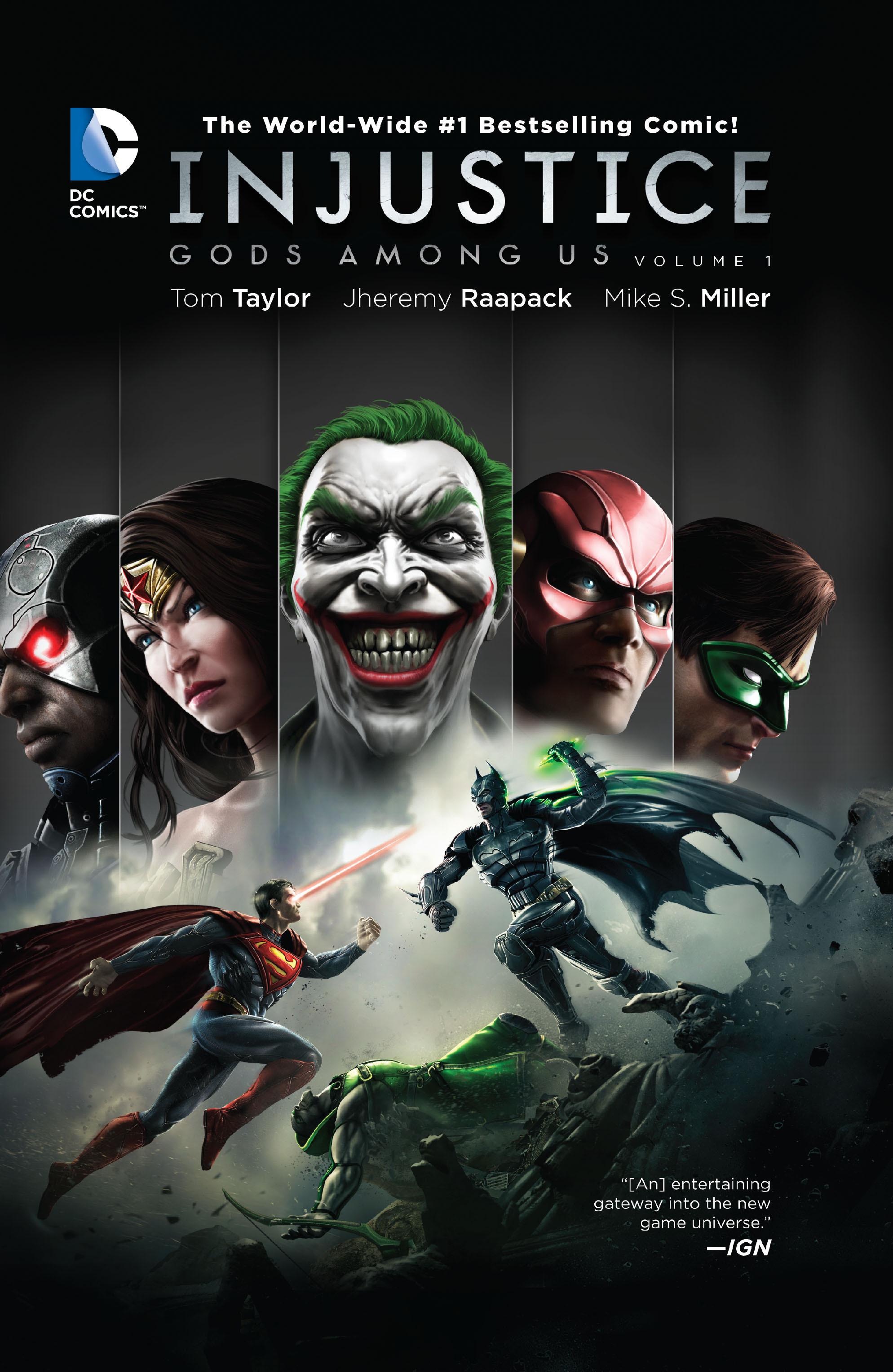 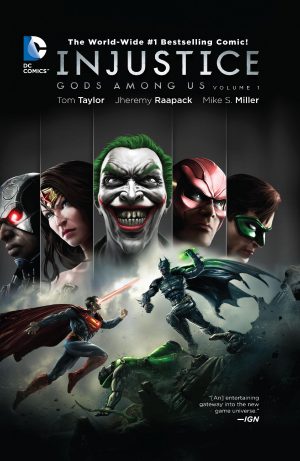 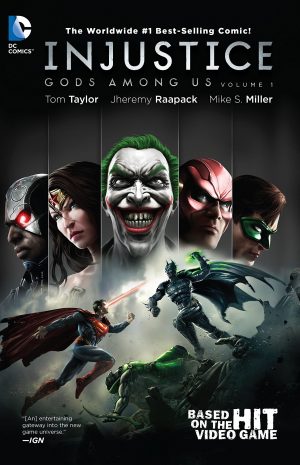 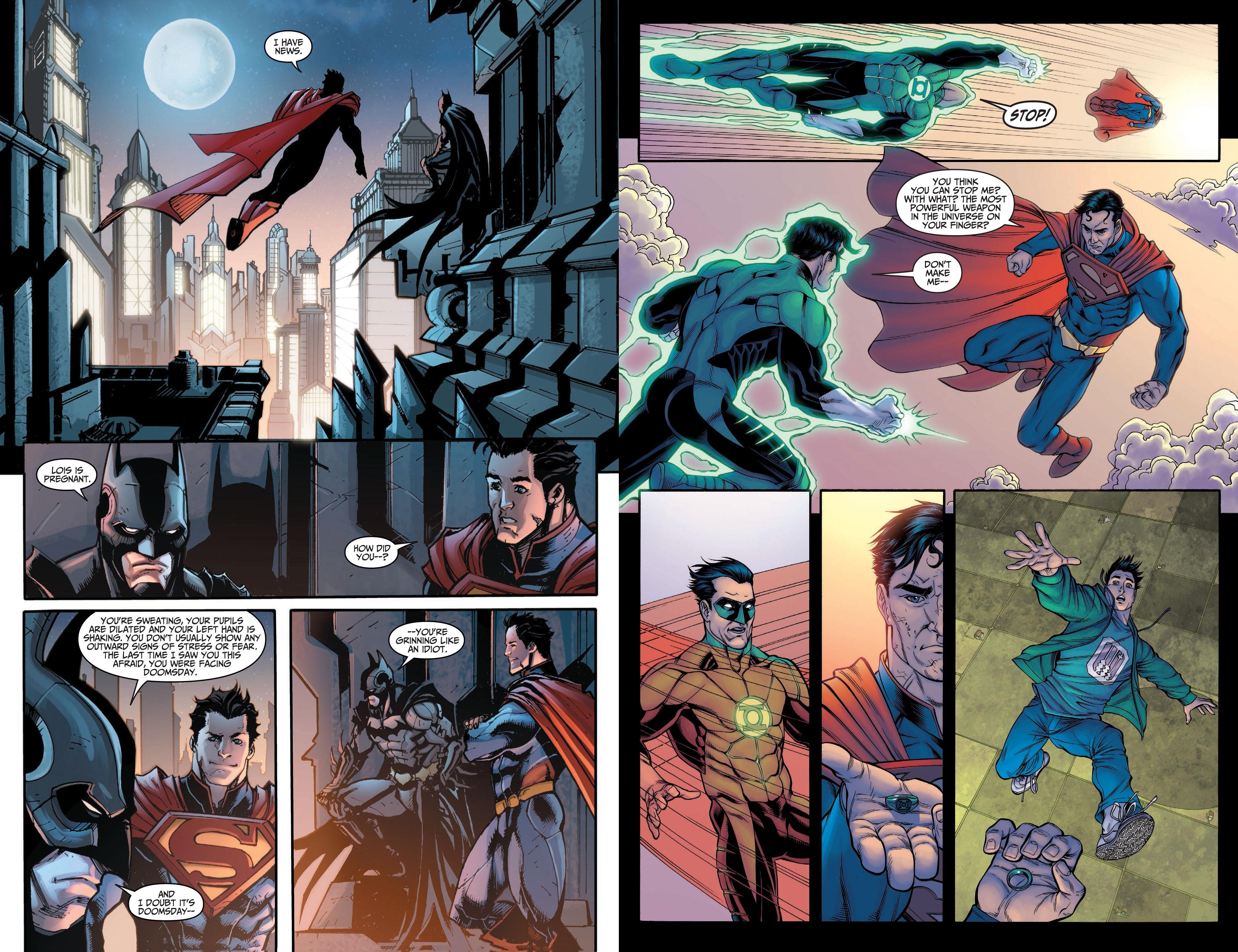 Injustice is a combat game based on an alternate DC universe where Superman has become a tyrant. A series of graphic novels begins with a prequel picking up five years before that when he’s still happily married to Lois Lane. But not for long.

There’s a fundamental shift in Superman’s attitudes after a personal tragedy, and instead of hiding among humanity he discards his Clark Kent shell to become a proactive superhero not caring for political niceties when no-one in the world is able to stop him doing what he wants. An interesting aspect of Tom Taylor’s opening gambit is how easy it was to manipulate this alteration of his attitudes, yet it’s convincingly handled. That also applies to what follows when the US authorities don’t take kindly to Superman’s interference in their missile strikes against perceived enemies.

Although there’s an end in sight as this a two volume series and as a prequel to the game, Taylor sustains fascination by spinning his plot out into the complete DC universe of characters. Heroes and villains mix, allegiances are forged and changed, and Taylor never forgets humanity, sometimes stupidly desperate humanity, is caught in the middle. The way he uses some characters is inspired. Take Mirror Master away from Flash’s enclosed world, and apply his gimmicks on a wider scale and the result is terrifying, although it’s described as a last roll of the dice by the US authorities, when that’s patently not the case. The consideration Taylor gave to the circumstances is matched by his attention to characterisation, also first rate. The Joker is central on the cover and pivotal to early events. When Batman seeks an answer, what he gets is “You need a reason? It’s probably the same reason I beat that puppy to death with a kitten last week.” Other lines of dialogue also carry a stunning impact, with perhaps the best in the book delivered by Bruce Wayne’s butler Alfred to Superman, but so many others resonate.

The art is primarily the work of Mike S. Miller or Jheremy Raapack, with other artists contributing smaller ten page sections to each chapter. David Yardin’s Wonder Woman sequence is the most notable of these. Miller and Raapack are both practitioners of the standard 21st century superhero style, telling the story well, changing the views and presenting peculiarly muscled heroes, with Raapack drawing some strange square heads in places.

What Taylor postulates is that some roads to hell begun can never be stopped, and with Superman relatively easily manipulated by a surprising source on a continuing basis, prevention’s off the agenda. There are echoes of The Dark Knight Returns in seemingly setting up a showdown between Batman and Superman, but that’s accompanied by nice touches. A visual one is Batman becoming increasingly armoured, and another is mirroring Superman’s early loss. By the end of this opening volume a story on a grand scale has been set in motion and is nicely poised for the conclusion in volume two. A collected edition combines both. 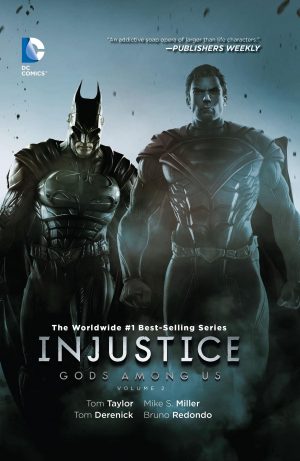 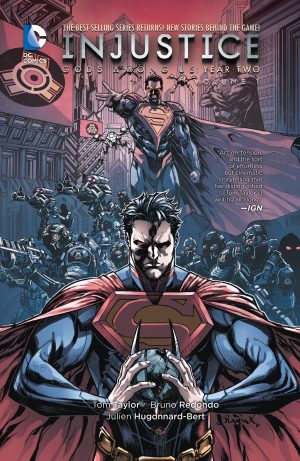 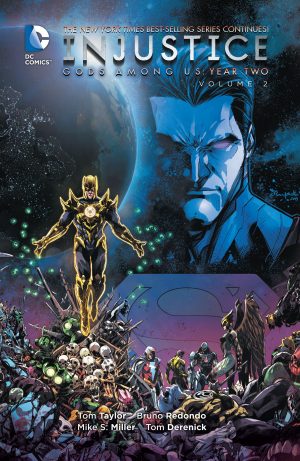 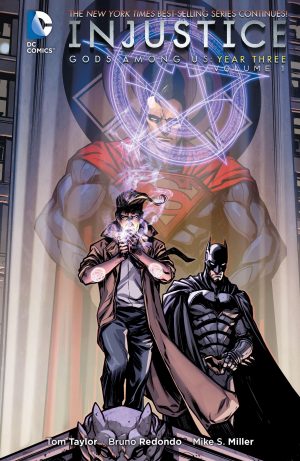