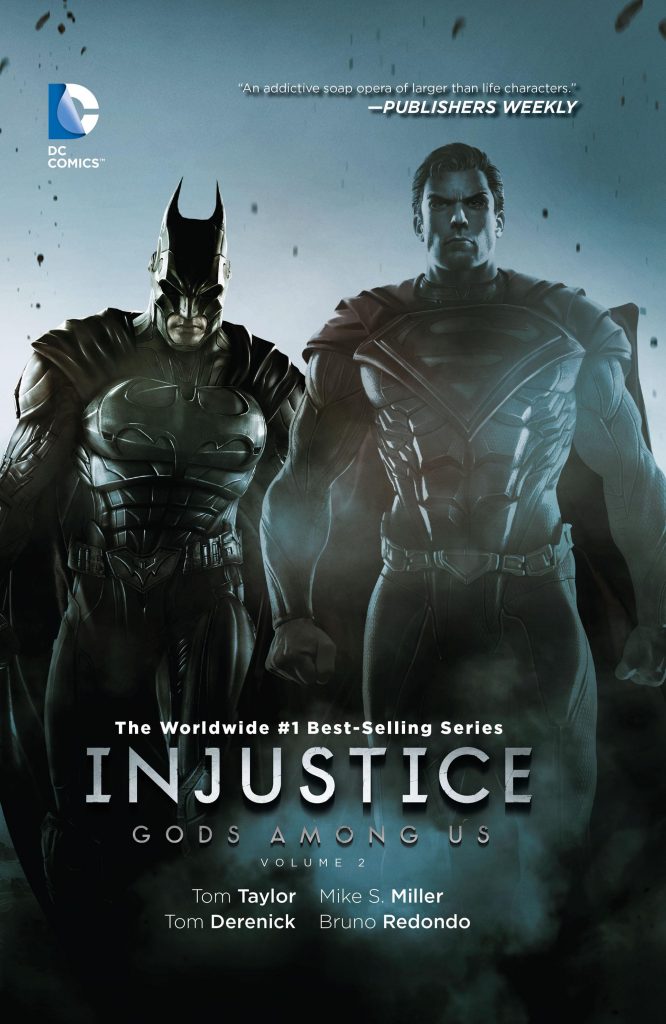 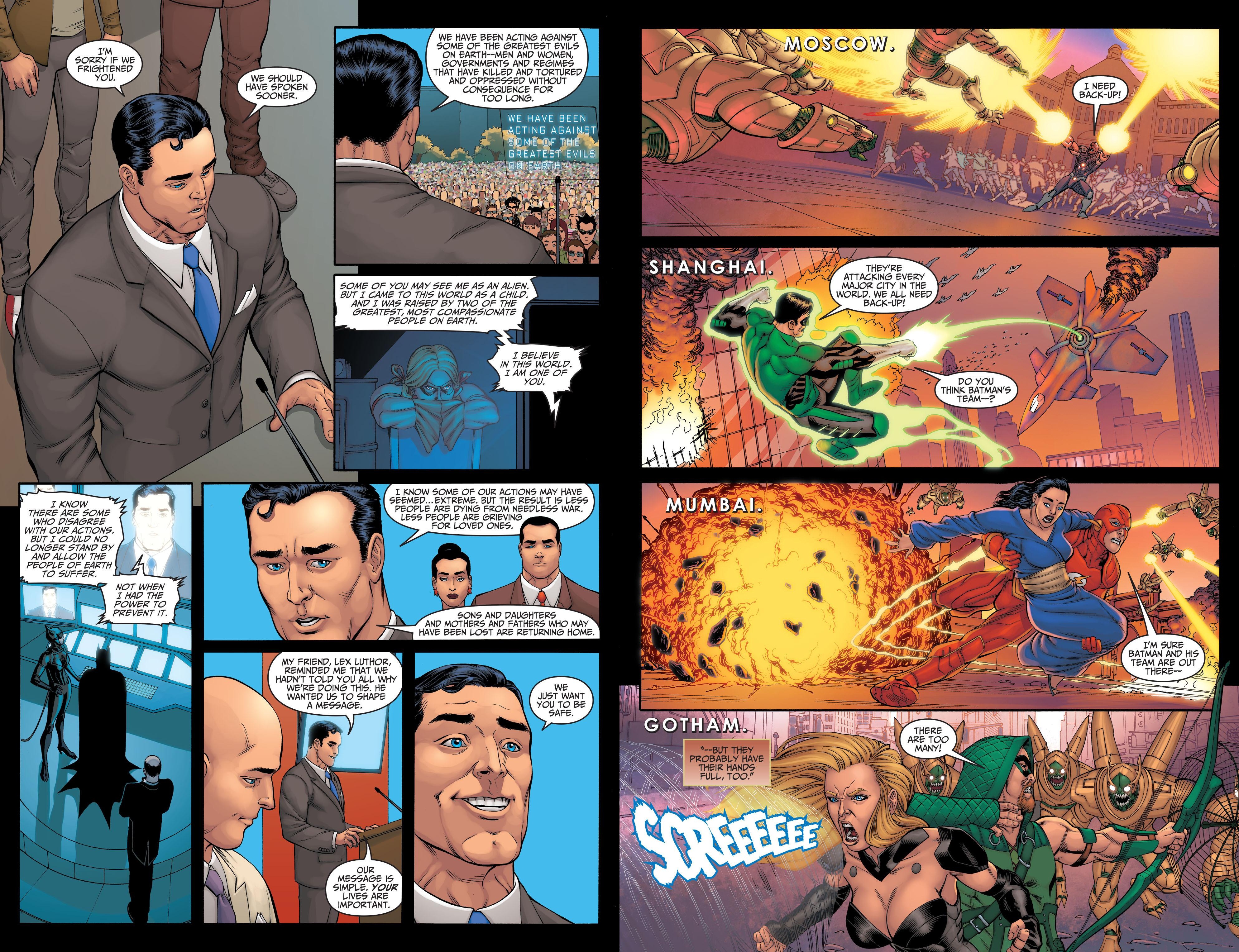 The opening of this continuation notes that it’s only been a month since the world changed, since members of the Justice League followed Superman’s lead and decided that rather than just responding to disasters and super villains, they were going to address the world’s problems. Tom Taylor throws in another bombshell early. Not only did Lex Luthor survive the destruction of Metropolis (credibly explained), but in this alternate world he’s Superman’s friend.

Just it might have occurred to ask where Luthor was in volume one, so it occurs to ask where other immensely powerful or resourceful characters are, and one by one Taylor reveals most, in a manner credibly explaining their absence until that juncture. Black Adam, for instance, is seen early in these proceedings, and there’s a phenomenal showdown with Lobo in the ruins of Metropolis. The core ideological battle, however comes down to Batman’s views opposing Superman, and the script is clever enough that while sympathies are drawn to Batman, he’s far from without stain on his conscience. With a statement of “No more mercy for cancers posing as men”, Superman fully embraces the path he started on, and Taylor escalates the opportunities for him to make the wrong decision at successive turning points.

Once again a fair selection of artists contribute, with Mike S. Miller joined by Tom Derenick for the heavy lifting in this volume, with others pulled in for specific sequences. Both lead pencillers provide exactly what’s needed for a superhero action title, producing good looking pages that never distract from the ongoing story. DC just list a bunch of names contributing to the art rather than crediting individual sections, but the styles of Kevin Maguire and Neil Googe are both recognisable on the opening chapter and both good.

Volume one set up a fine confrontation as the prelude to the world of the Injustice video game, and this is a more than satisfactory conclusion featuring a succession of memorably staged set pieces and some great dialogue. Some sequences are reconfigured versions of famous moments, with Batman’s canon in particular being raided, but Taylor works them into his own plot smoothly. Not so smooth is the way some characters just drop off the radar. It’s perhaps an inevitable consequence of such a large cast, and because this pair of graphic novels were so well received there’ll be time look back in on those people in Year Two. If preferred, DC reissued this and the first volume combined as The Complete Collection, which makes for a smoother read.