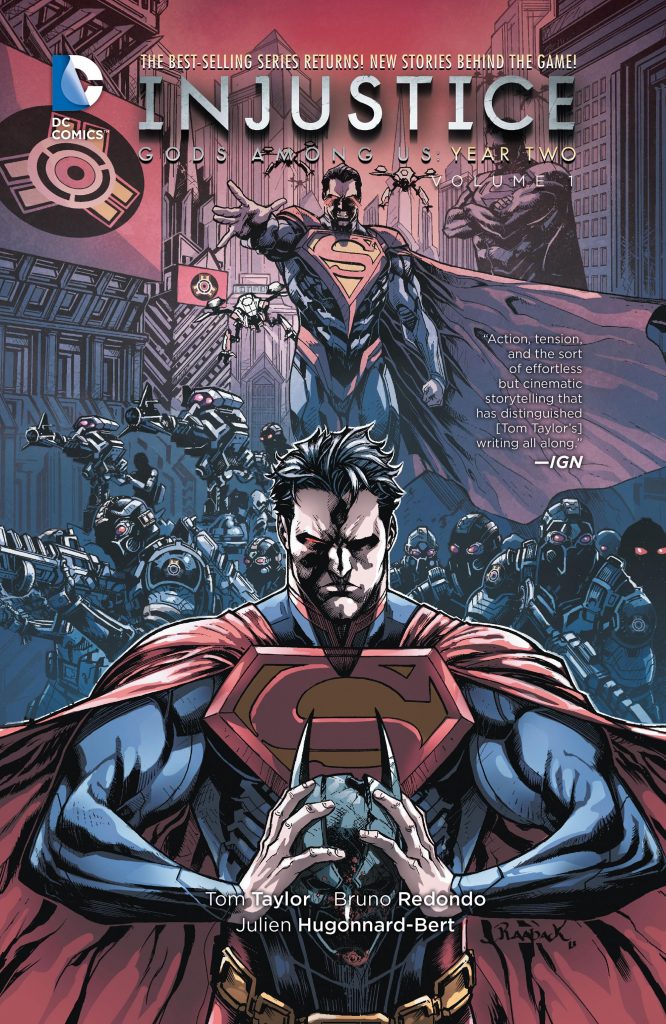 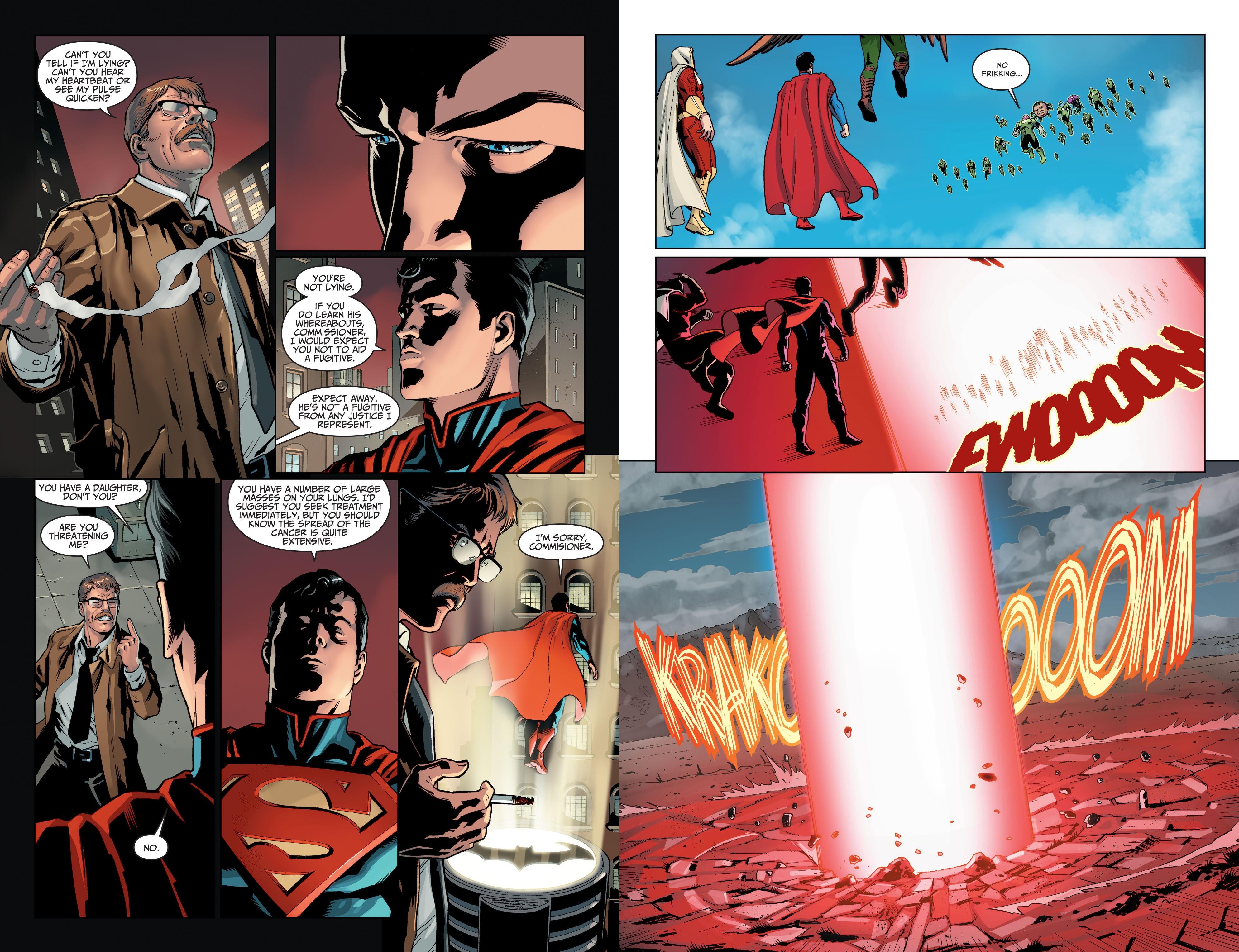 Tom Taylor’s extrapolation of a world in effect controlled by Superman began well over the two volumes of what later became Year One, and improves with an exploration of the wider DC universe.

Taylor continues the process of polarising DC’s cast. There are heroes still happy to be allied with Superman in the interests of what they feel to be the greater good, despite what happened to one of their prominent colleagues, while growing resistance, as yet furtive, opposes them. Activities on Earth are attracting attention in the wider universe, and while ignored in the opening volumes, practitioners of magic have a part to play also. The wider universe is represented by the Green Lantern Corps, as Hal Jordan is so far siding with Superman, but the other human Green Lanterns are off planet. The role Taylor provides for their enemy Sinestro is a fine piece of characterisation, and he’s another who finds Superman all too easy to manipulate.

Taylor combines all this via a focus on humanity as personified by Commissioner Gordon. The conversation between Gordon and Superman on Bruno Redondo’s sample art is indicative of Taylor’s nuanced approach, the chilling subtext as important as what’s actually said, and Gordon confronting his daughter with what he’s known for years is superb. “How?” asks Barbara Gordon. “How?”, replies her father, “I’m a detective”, with Redondo’s art showing every iota of anger in that statement from a man who’s just seen a corporate armoured police force imposed on his city.

The first look into the world of Injustice left a few niggling questions, but with the knowledge the series continues there can be some faith in Taylor’s all-encompassing eye, that he’ll address those questions in time, as he begins to here. He’s extremely thorough, and produces a real page turner. By the end of this first half of year two, one battle has been won and another is just about to begin, and it’s been a thrilling ride to arrive there. Volume two of Year Two awaits, and both are combined in Injustice: Gods Among Us – Year Two The Complete Collection.