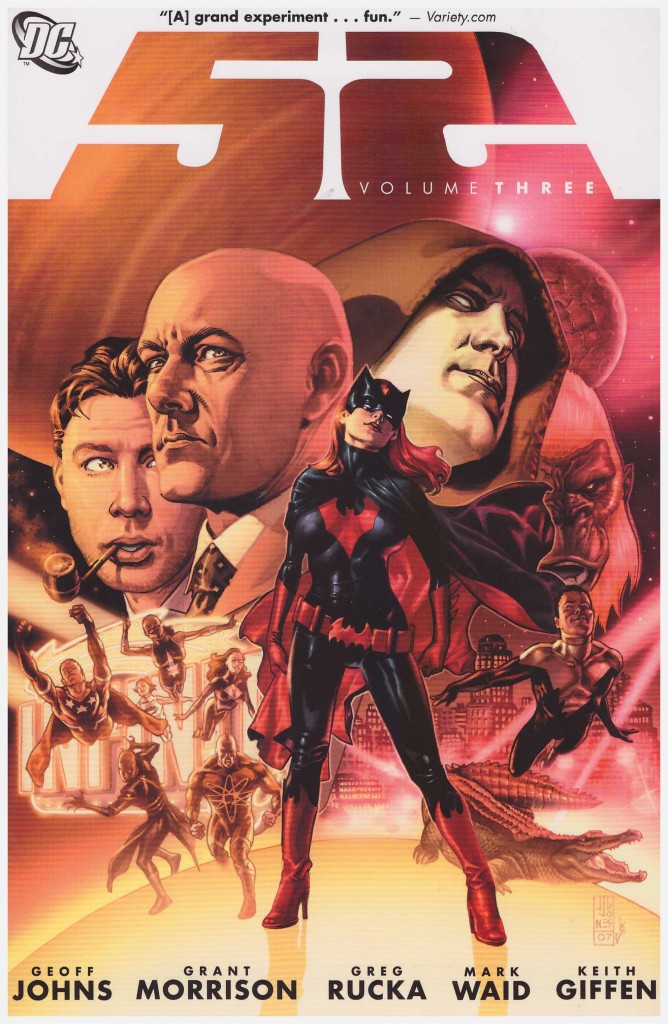 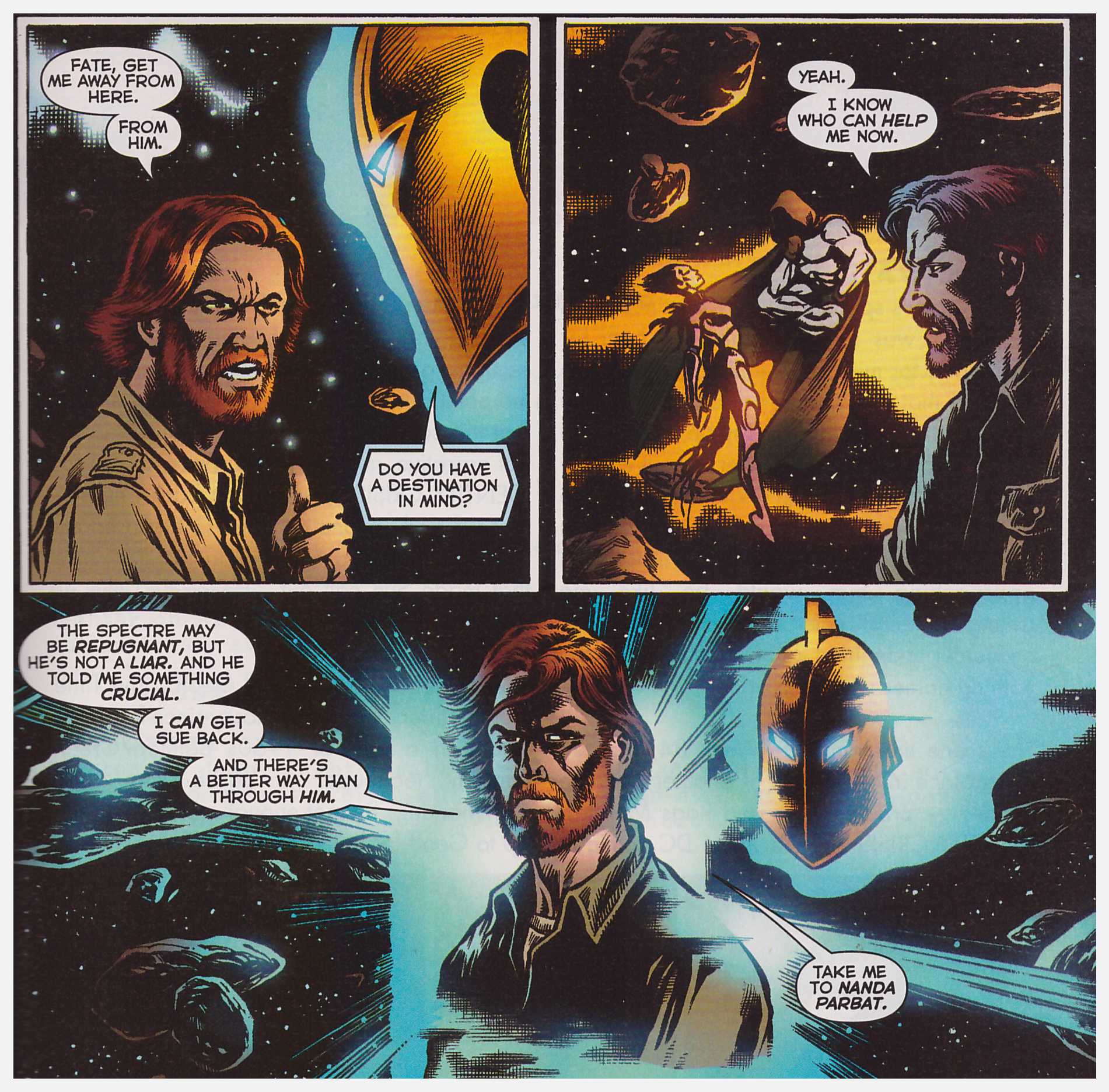 The newly revived Batwoman straddles the cover, and just how she slots into the ongoing story arcs is revealed here to a greater degree over the opening chapters. Indeed, it will continue to inform a significant portion of her appearances elsewhere, but thereafter she’s more often seen in her true identity of Kathy Kane.

We continue our year long tour of a DC Universe without Batman, Superman or Wonder Woman as throughout this volume the plot threads begin to coalesce. Let’s recap on just how much is going on here. Adam Strange, Animal Man and Starfire are still making their way back to Earth from a very distant galaxy, now in the company of Lobo. The Question and Renee Montoya are in the mystical city of Nanda Parbat, which is where Elongated Man is headed with the helmet of Doctor Fate. Lex Luthor is artificially generating new superheroes by the platoon under the name Infinity Inc., but the mysterious and extremely powerful Supernova isn’t his doing. Skeets, one time robot companion to Booster Gold has his own agenda, Red Tornado has turned up in Australia, or at least his head has, constantly repeating the phrase ’52’, and there’s an island full of mad scientists working on something. Black Adam has rather slipped into the background, but Osiris and his humanoid crocodile mate Sobek have adopted his higher profile, associating with the Teen Titans among others.

With all those balls in the air some sequences now occupy half a chapter as they move forward, but the sense of these segments now being sometimes just set-up or catch-up has evaporated. Everything here counts.

We’re now up to eleven different pencil artists working from Keith Giffen’s layouts. The best of them are Chris Batista, Joe Bennett, Jamal Igle, Phil Jiminez and Pat Olliffe. Everyone’s working in a standard superhero style, but the pages of the named artists have a greater polish and dynamism combined with more attention to detail.

The four contributing writers, to this point having concentrated on specific characters, now exchange a little more freely. Mark Waid notes turning Dibny over to Grant Morrison for a particularly spiritual sequence for which he considered Morrison would be a better writer. It’s but one of dozens of interesting titbits supplied in the between chapter commentaries from those involved. Greg Rucka mentions that every line spoken by the Question in one chapter is taken from Denny O’Neil’s 1980s run on the character.

As we move to the concluding volume the pace is picked up. Several characters don’t appear they’ll be seeing the series out, but then most people will have thought that previously, and they’re proved spectacularly wrong by a deft piece of plotting here.

All of 52 is also available in one all-encompassing hardback Omnibus, and it’ll be issued spread over two thicker paperbacks in 2016.