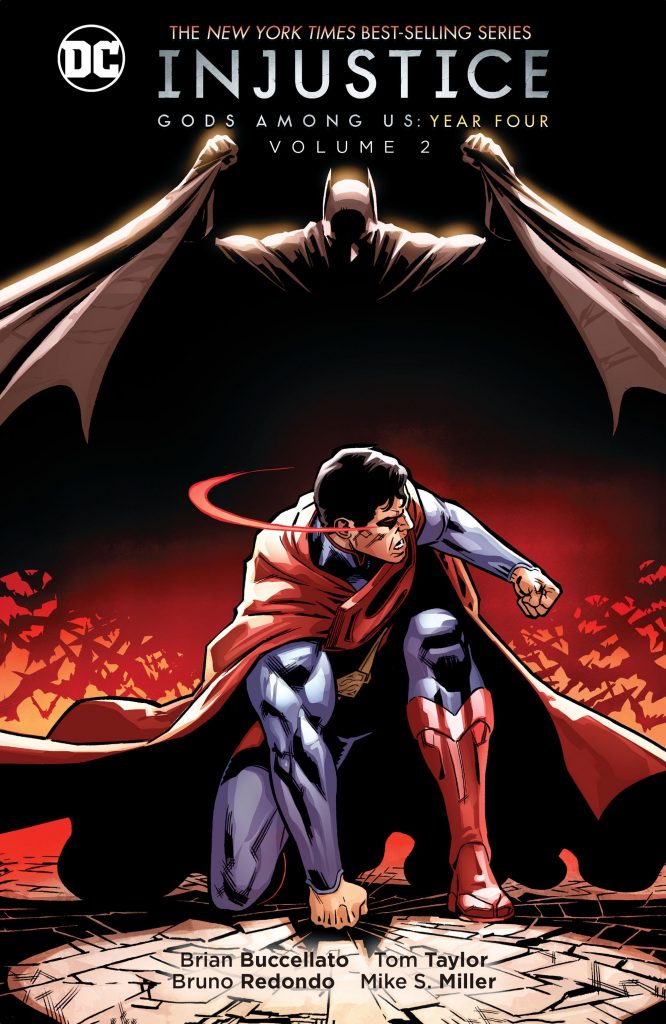 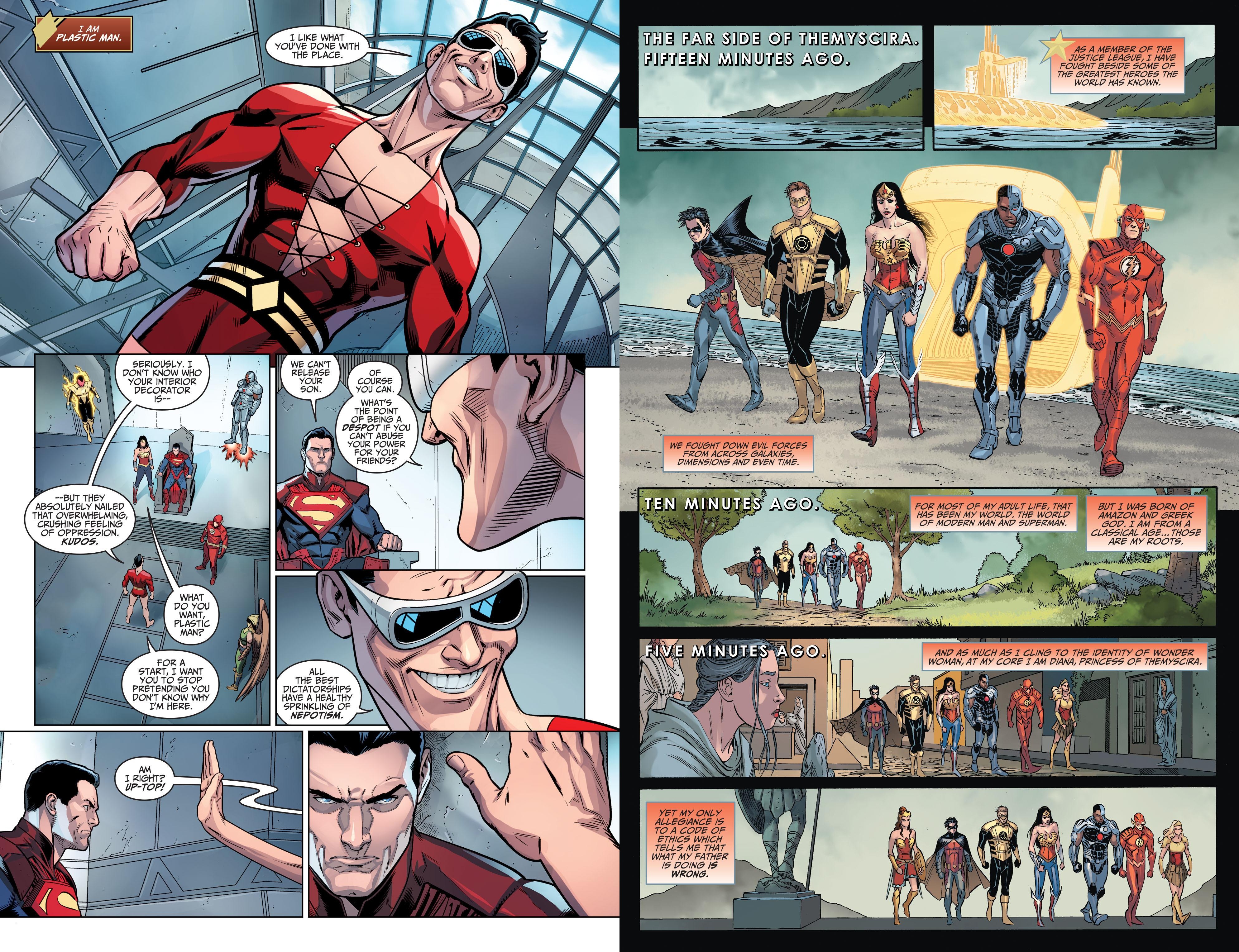 It could be said that by setting himself as de facto ruler of Earth by virtue of his power, Superman was considering himself a god. So what happens when the old Greek gods arrive on Earth with the equivalent of a cease and desist order and the power to back it up? That’s the problem Brian Buccellato’s set up for Injustice Year Four.

Buccellato’s not using the largely benevolent, if sometimes grouchy, gods sometimes seen in comics, but the full on vengeful demanding gods along with their internecine squabbles and little concern for humanity other than that they behave and accord what the gods consider due respect. They’re not a pleasant bunch. They’re also not the only gods on offer as Superman has an even more testing time protecting what he now considers to be his realm, as Darkseid appears spouting dubious dialogue: “In Kalibak’s name I will make you suffer, and then I will hunt down everyone you love and kill them”.

Just as the writing doesn’t quite match the previous high standards, the art is beginning to slip also. There’s far less of the excellent Bruno Redondo, and far more of the sharp and angular characters supplied by Xermanico, while Mike S. Miller is as solid as he’s been since the start, and Tom Derenick matches that with his occasional contributions.

Buccellato’s concludes his story surprisingly, his method of doing so being novel in superhero comics, but he’s not as strong on characterisation as previous books. Too many of the cast speak to move the plot forward rather than to reveal anything about themselves. The exception is Harley Quinn, who may not be quite the manic character of the mainstream DC universe, but certainly not far removed, and Buccellato’s building a strange and heartwarming relationship with Billy Batson.

He might only contribute a single story, but previous writer Tom Taylor fully deserves a cover credit for what’s the best episode in the collection. While Buccellato can run with the established formula, plots well and creates viable conflicts, he lacks the insight Taylor brings when finding new wrinkles for long-established characters, and Taylor’s dialogue is so much more considered. Plastic Man hasn’t yet been seen in the Injustice world, and he’s Taylor’s subject, not so much the oddball as the person taking responsibility for the first time in his life. Good use is made of Plastic Man’s ability to shape his body, and there’s a sustained tension because in this alternate universe with the lunatics in charge of the asylum there’s been no shyness about killing characters once their purpose is served.

The Complete Collection combines this with Volume One, and three volumes of Year Five follow.