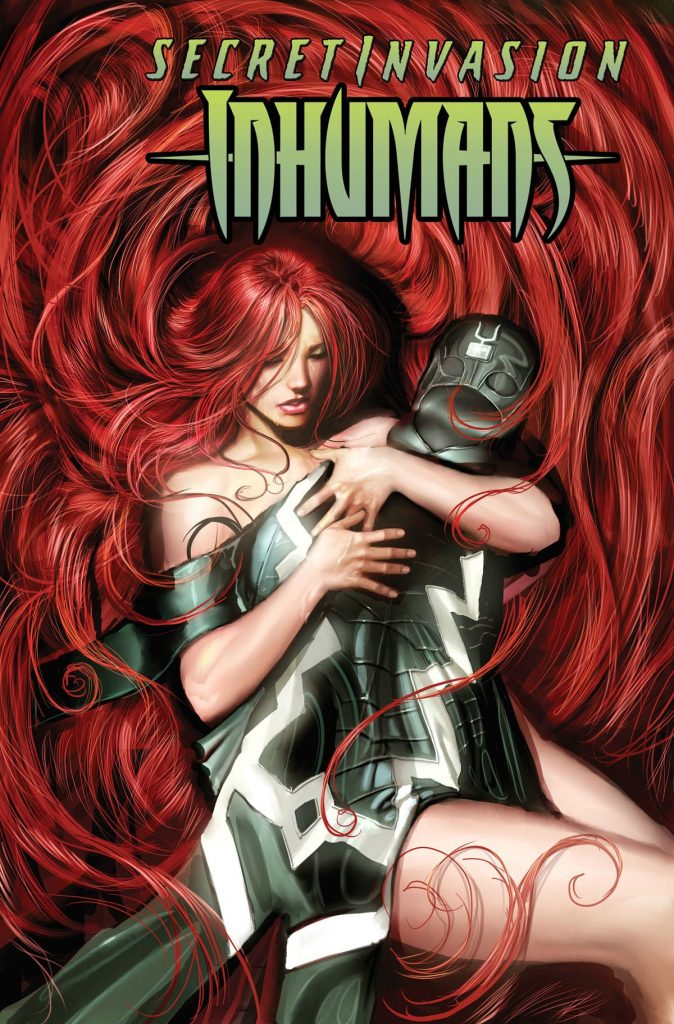 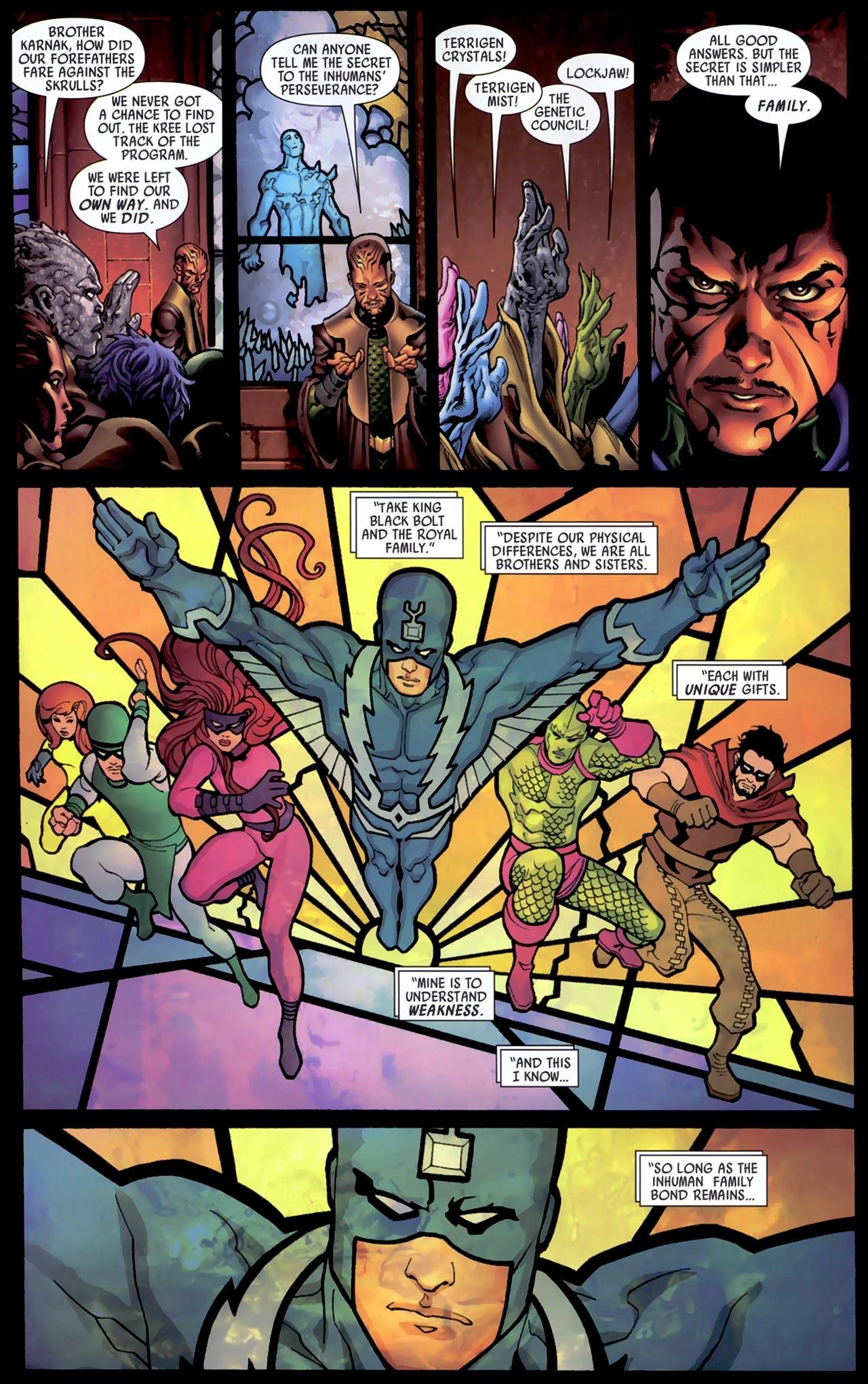 The Secret Invasion crossover was a very slow boiler, with elements of it occurring several years before the main event, and when it all kicked off the question was exactly which of Marvel’s characters had at some stage been replaced by shapeshifting alien Skrulls. We learn early in Joe Pokaski’s script that Inhumans leader Black Bolt is one.

Pokaski was involved with the superhero TV drama Heroes, and brings that dramatic experience to bear on a constantly intriguing plot brimming with ideas. Fundamental to Black Bolt is that should he utter the slightest sound his voice has the power to level mountains. No, it doesn’t withstand much scrutiny, but being saddled with that aspect of the character Pokaski conceives a good plot for it, and is equally good with the abilities of the other Inhumans. The exception would be Crystal, whom he has using her mastery of the four elements to create and control stone warriors, which seems a little too convenient and not in keeping with her past.

For what’s quite a dark story, Tom Raney’s art is extraordinarily decorative, an effect heightened by his use of stained glass style panels to detail events from the past. This being the case, the colouring of Guru EFX is very important also, and sympathetic beyond the flashbacks, creating a warm firelight glow to all interior scenes. Raney characterises the Inhumans well, and it’s often possible to know what they’re like just by looking at them.

Historically the Inhumans have operated in their own land and in outer space among alien races, and Pokaski fuses both plots while including plenty of surprises along the way, packing a lot into four chapters, making this a dense read. He also ensures, unlike previous stories, that none of the primary Inhumans are sidelined, cleverly working in a necessary role for each. His Medusa is very much the modern day version, devoted to her husband, but statesmanlike in his absence and able to make some appalling decisions in the name of the best interests of the Inhumans overall. It’s proved why the perennially forgotten Triton is a good character, not just a second-rate Sub-Mariner, and Karnak’s uncanny talent for exploiting weakness is given a new twist.

By the middle of the third chapter Pokaski has set so much in motion it seems as if he’s never going to resolve it all in satisfactory fashion. He does, with space enough for an interesting epilogue leading into War of Kings. There is one problematical element for a 21st century audience, the matter of arranged marriage. It’s a viable plot device in context, and will later play out in surprising fashion, but it’s the one matter that doesn’t entirely sit right. It may or may not refer to previous plots, but as introduced it’s seemingly random. Otherwise, more often than not Inhumans graphic novels have disappointed. This is one of the good ones.