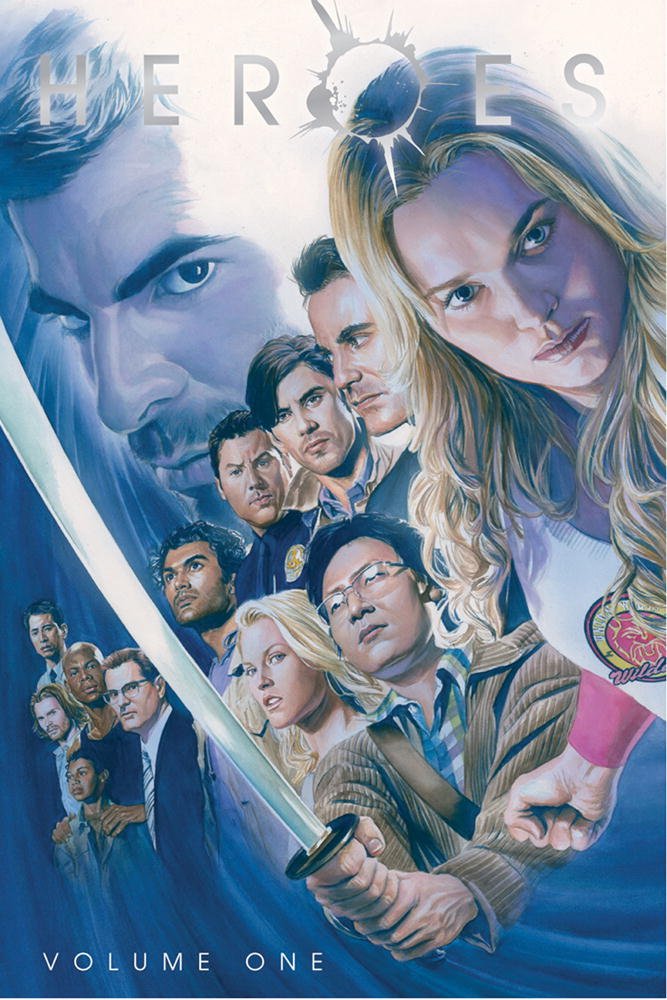 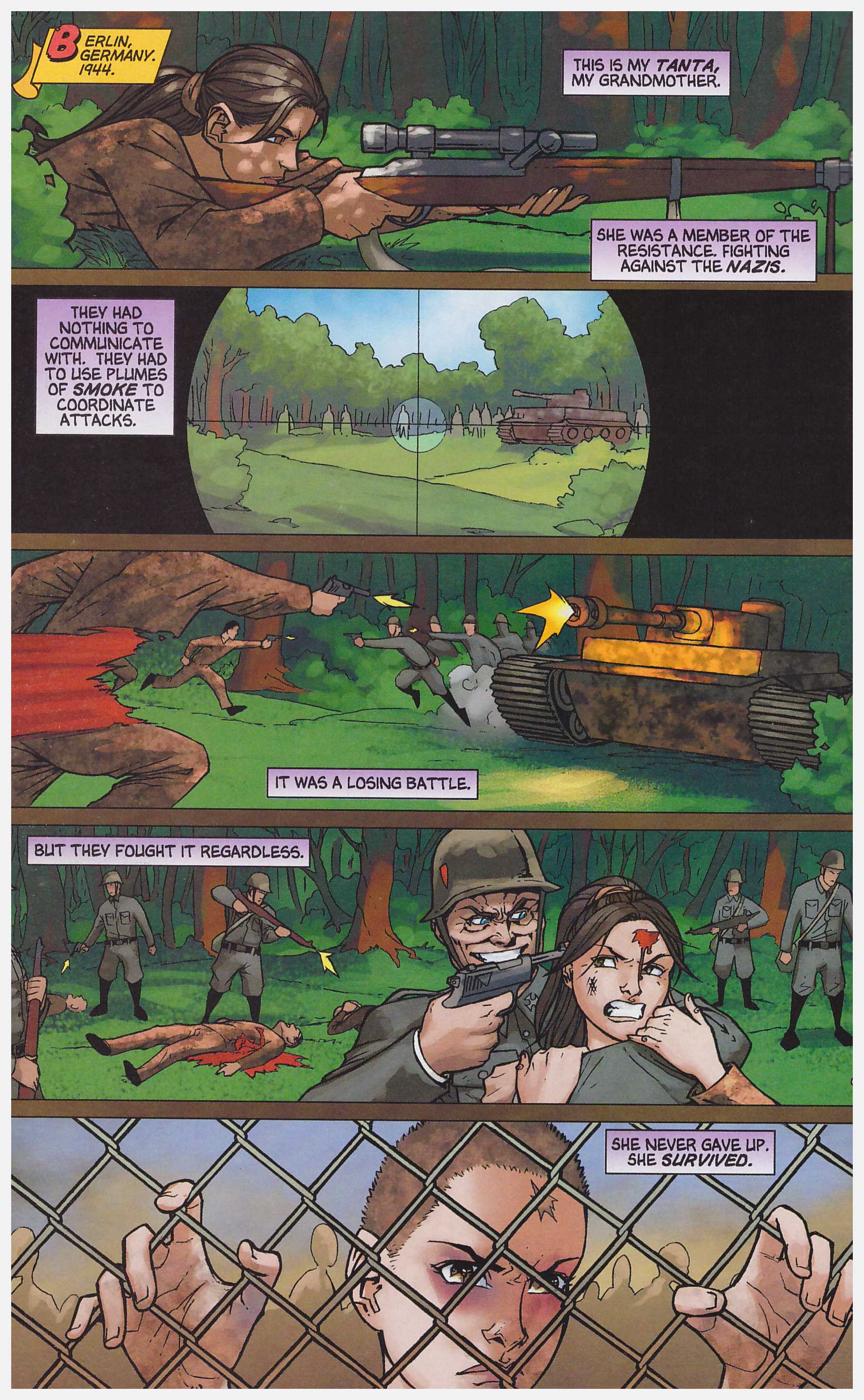 When Heroes was set to launch on TV in 2006 it was considered that a weekly online comic strip filling in a few gaps would be a nifty accompaniment. Well, it could have been. Don’t be conned by the alluring Alex Ross cover, as there’s barely an artist within capable of rendering a cast member’s likeness. And this doesn’t appear to be a matter of image rights as there are competent likenesses in the opening two strips, one by Michael Turner.

While the covers Tim Sale produced for each instalment are good, some of the story art is woeful. Micah Gunnell draws a considerable number of pages, and has trouble with foreshortening and proportions, the latter not excused by his cartoon style. It becomes a real relief when every now and then there’s a chapter illustrated by an established comic artist such as Staz Johnson or Michael Gaydos (not at his best).

That’s just the first problem for anyone wanting to read the graphic novel now. Those without fantastic memories, or the inclination to compensate for the lack of them by watching the TV show again are going to be lost on several occasions. Some characters didn’t have a long shelf life, and you’re left wondering who they are.

The book is also extremely episodic. We drop in on eleven different characters over the first dozen chapters, but there’s little invention, and nothing enhancing their TV presence. The longer material is better, but even that suffers from constantly shifting creative teams. It’s at its absolute best with stories of Hana Gitelman, who barely featured in the TV show, yet is used as the means to reveal background material to the series.

One element that is spot on is the dialogue. Aron Eli Coleite and his production staff regularly had to place words in mouths and be confident it would sound right, and while those speaking them might not look like the TV cast, they come across. “After five years of manipulating time I began to understand it”, says the older Hiro, and you can hear Noah Bennett proclaiming “You want to do some good. Punish the bad guys. This is where you’re going to learn how to do that.” Those, though, are scarcities as the more familiar characters from the show are barely seen, some not at all after a bland introductory episode.

The mediocre quality notwithstanding, a second collection of Heroes followed, and it’s much better. For those who’ll not be told, what was a premium item on publication can now be had for 1p/1c plus postage all over Amazon. 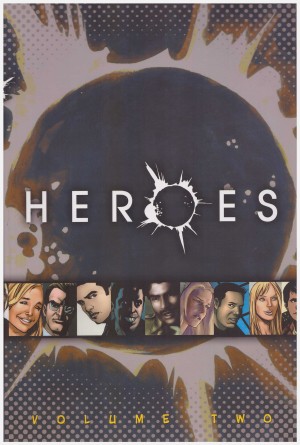