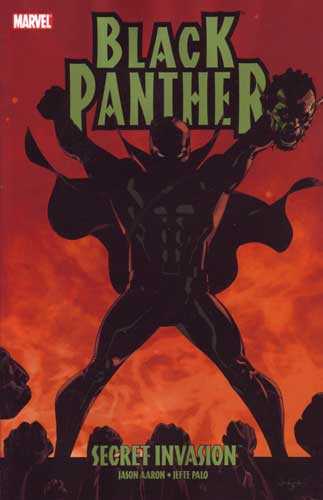 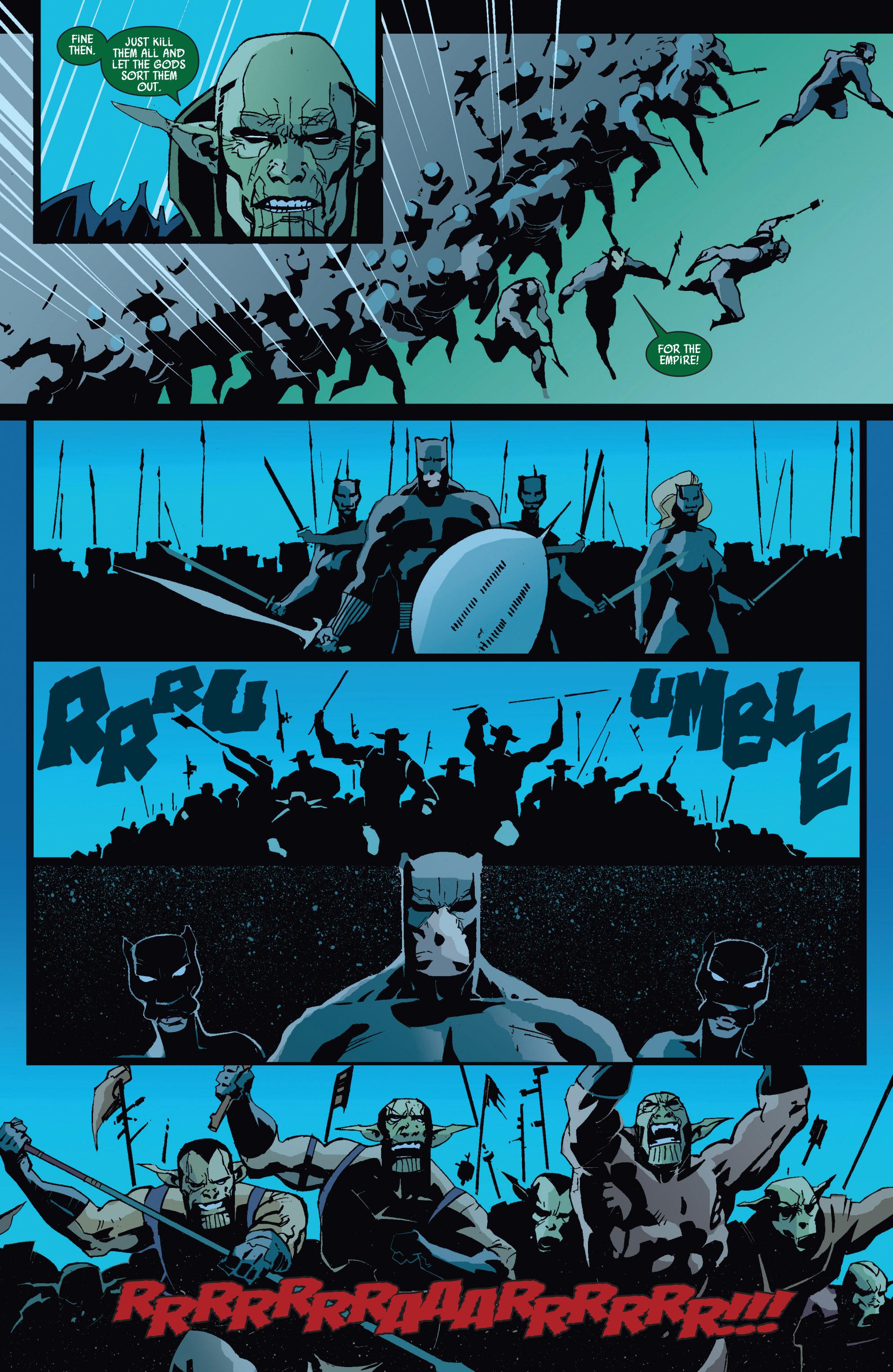 To begin with, don’t be fooled by the oh so coyly advertised ‘plus extras’ noted in the solicitation for this book. This reprints three issues of the Black Panther’s comic, very slim for a trade paperback, and the extras are features contextualising the character over the decades. They’re okay, but hardly an added inducement considering the brevity of comic content. However, page quantity alone doesn’t make a graphic novel a worthwhile purchase.

Jason Aaron’s story ties in with the shapeshifting Skrull race invading Earth, during which it’s revealed they’ve had a significant number of advance agents posing as human and paving the way for a very long time. We witnessed the fate of one in the previous Back to Africa. Unlike many other Secret Invasion tie-ins, Aaron delivers. It’s not rocket science either. He supplies a self-enclosed story within the greater background that doesn’t constantly reference portions of other graphic novels, and it’s a very good action thriller.

The early pages emphasise that the Black Panther’s kingdom of Wakanda has never previously been conquered, and the arrogance of the alien invaders in assuming this is merely because they’ve not previously dealt with the might of the Skrull empire. The remainder is well considered. The Panther brings the Skrulls down to his level, and Aaron then channels all he’s read about the mythological wars of ancient Greece and transfers them to Africa. He personalises the battle, both via the cataloguing of fallen Wakandans and the thoughts of the Skrull commander, the latter extremely effective.

This is illustrated by Jefte Palo in a suitably classic style, as if scraped off ancient amphora, and featuring a sinewy Black Panther and blocky, angular Skrulls. He draws the battle as it is written: savage, brutal and with consequences.

Aaron’s script is little other than combat, yet it compels from start to finish in a manner that none of the preceding books in this series did. You’ll need a strong stomach, but otherwise wholeheartedly recommended.