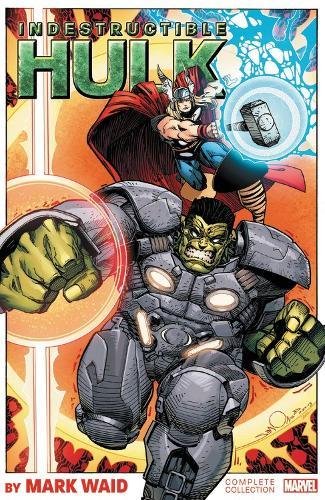 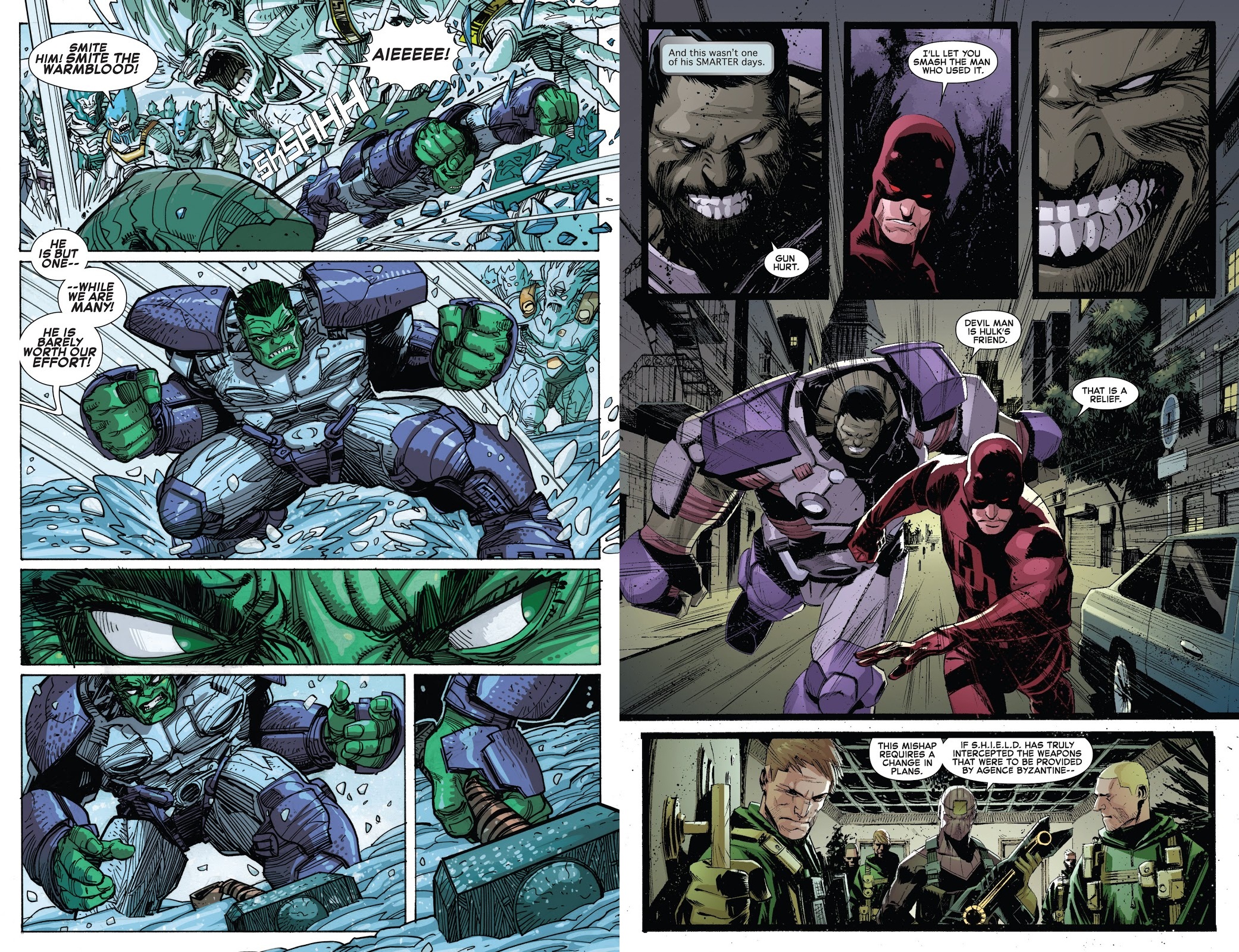 The problem facing all Hulk writers is the trigger between Bruce Banner’s intellect and the Hulk’s towering anger, and how to reconcile the two. Mark Waid’s solution is neat via a first rate opener in which Banner comes to an arrangement with S.H.I.E.L.D. He’ll be provided with budget, staff and laboratory, and in return he’ll develop world-changing technology on a weekly basis and make the Hulk available for the occasional S.H.I.E.L.D. mission. It’s a means of incorporating the always entertaining and resourceful agent Maria Hill, and introducing a flawed supporting cast, although they’re not used as often as Waid may have originally intended.

While he relaunched the Hulk with a good idea, Waid’s continuing progress was sabotaged by the artwork, the artists either not a good match for the character, or lacking some basic skills. It’s no surprise to see the cover featuring the collection’s best story. It also features by some distance the most memorable art, provided by Walter Simonson over three chapters in which the Hulk and associates are thrown back into the past and an adventure with Thor long before his Avengers days. Simonson’s Hulk is barely constrained by the panel borders, and fans with long memories will surely love to see him drawing Thor again. The right hand sample art is from Matteo Scalera who contributes more chapters, but his art is crowded and cramped, and beset by mystifying speed lines. The other major artist is Leinil Francis Yu, great on technology, but forever hiding the Hulk in shadow or effects, yet he does give personality to the supporting cast, which isn’t something all the artists bother with. The worst pages come from Kim Jacinto, with distorted figures, unimaginative layouts and an unimpressive Hulk.

While the art is problematical, some blame for Indestructible Hulk not being an essential purchase is down to Waid. His trademark elsewhere has been an ability to surprise even jaded old superhero readers with his plot twists, and there’s not much evidence of that here. His writing constantly features good ideas, but they’re not the major moments, they’re the small elements, and he’s far more interested in what Banner can do than the Hulk. In microcosm, the predictable aspects, poor art and padding are evident in the Hulk’s five chapter journey through time to meet Marvel heroes resident in the past. Conceptually, the Hulk in Camelot resonates, but the results are bland. Waid’s Daredevil was a triumph, and the crossover chapters here would resonate with better art, but all too often that spirit and consistency is lacking.