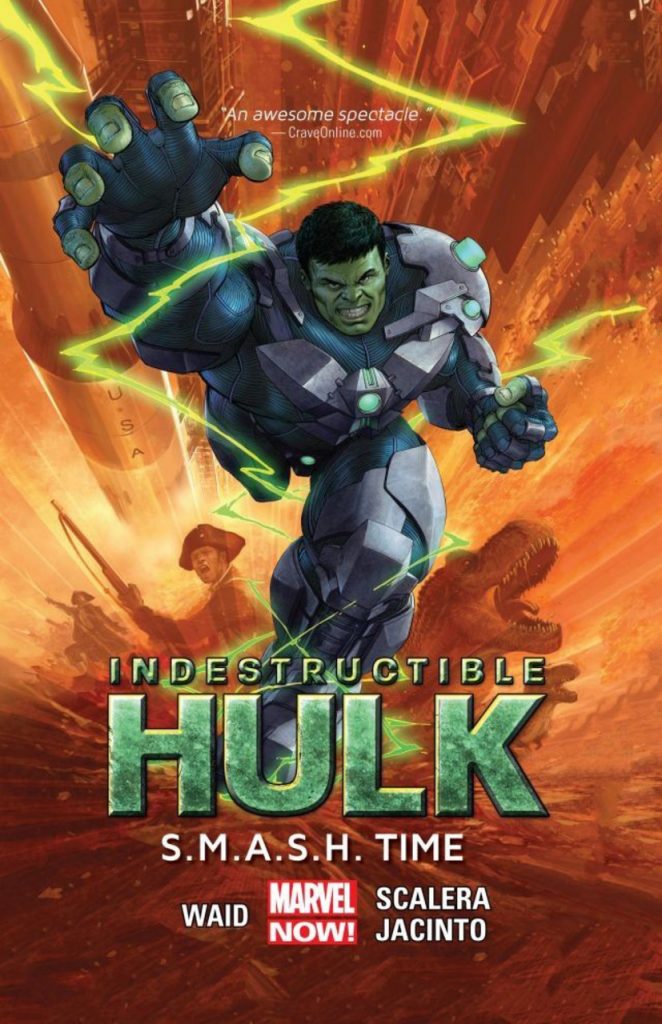 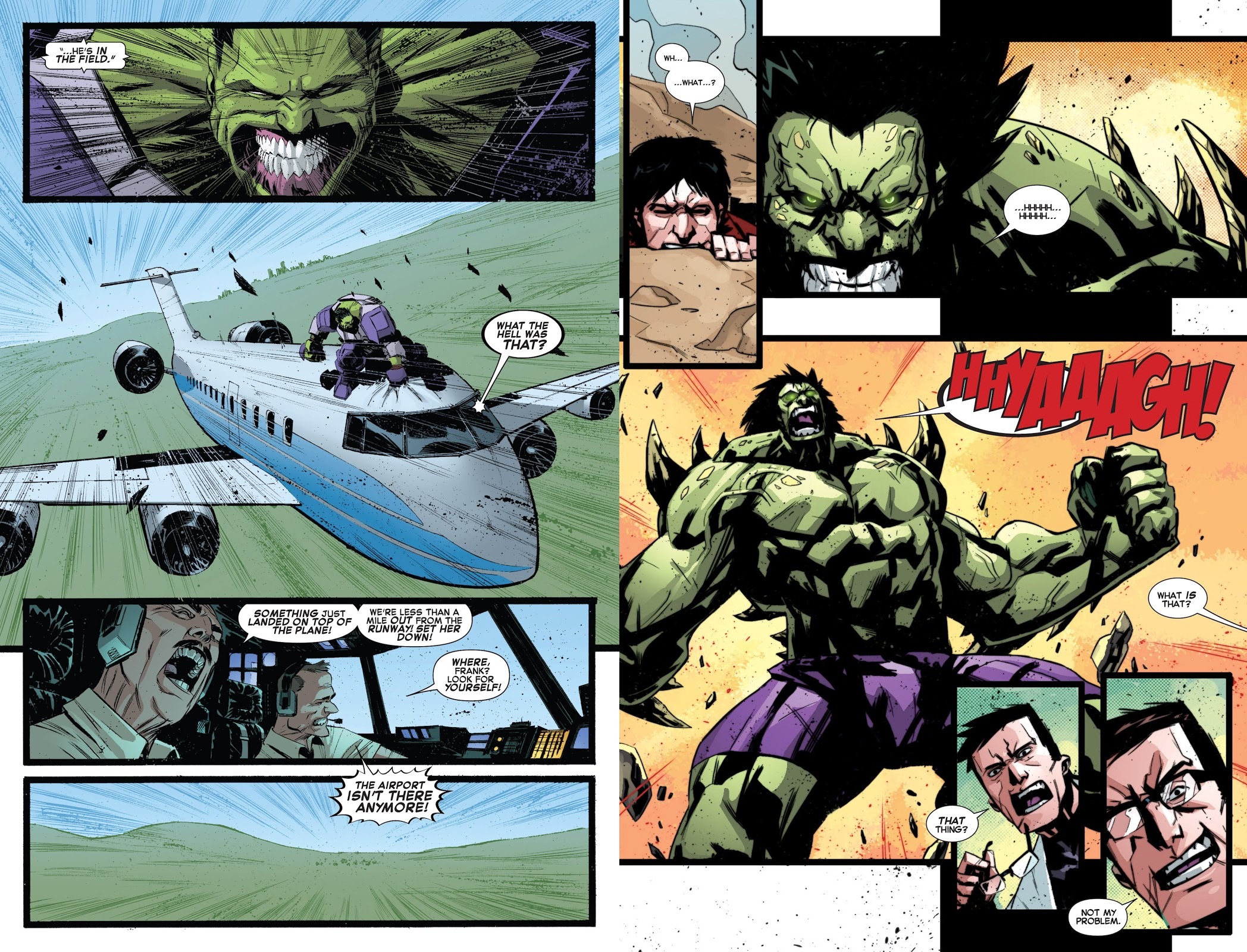 Since the Indestructible Hulk series began, Mark Waid’s never been short of good ideas to apply to Bruce Banner or the Hulk, and begins S.M.A.S.H. Time with another, the concept of too much interference with the timeline. This has enabled a bunch of Chronochists to meddle with the timeline to suit their own ends, altering events, and it enables Waid to send the Hulk back in time for a bunch of encounters with Marvel characters from earlier eras.

As in the previous Gods and Monster, Matteo Scalera’s art is a mixed blessing. He draws as much as possible in close-up, his oddly shaped faces infested with unnecessary lines, compensating with one spread per chapter when he shows what he can really do. Kim Jacinto can’t manage that, and his distortions make for grim viewing and plain ugly pages. Unfortunately there’s a lot of them.

The art doesn’t help, but neither is this Waid’s finest hour. Usually a writer who springs a surprise from left field that will drop the jaw, most superhero comic readers will surely figure out the general thrust of what’s going on, if not the detail, long before the villain of the piece begins monologuing. It’s also a plot dragged on too long over five chapters, and the use of the guest stars really nothing more than cameos. The best sequence is at the end, where Banner revisits the Hulk’s origin and General Thunderbolt Ross is on fine spittle-spattering form as he bawls out all and sundry, but the effect is lost among Jacinto’s mediocre art.