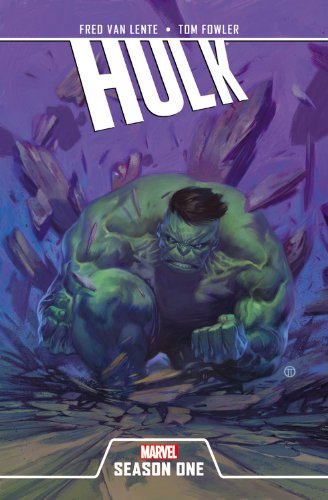 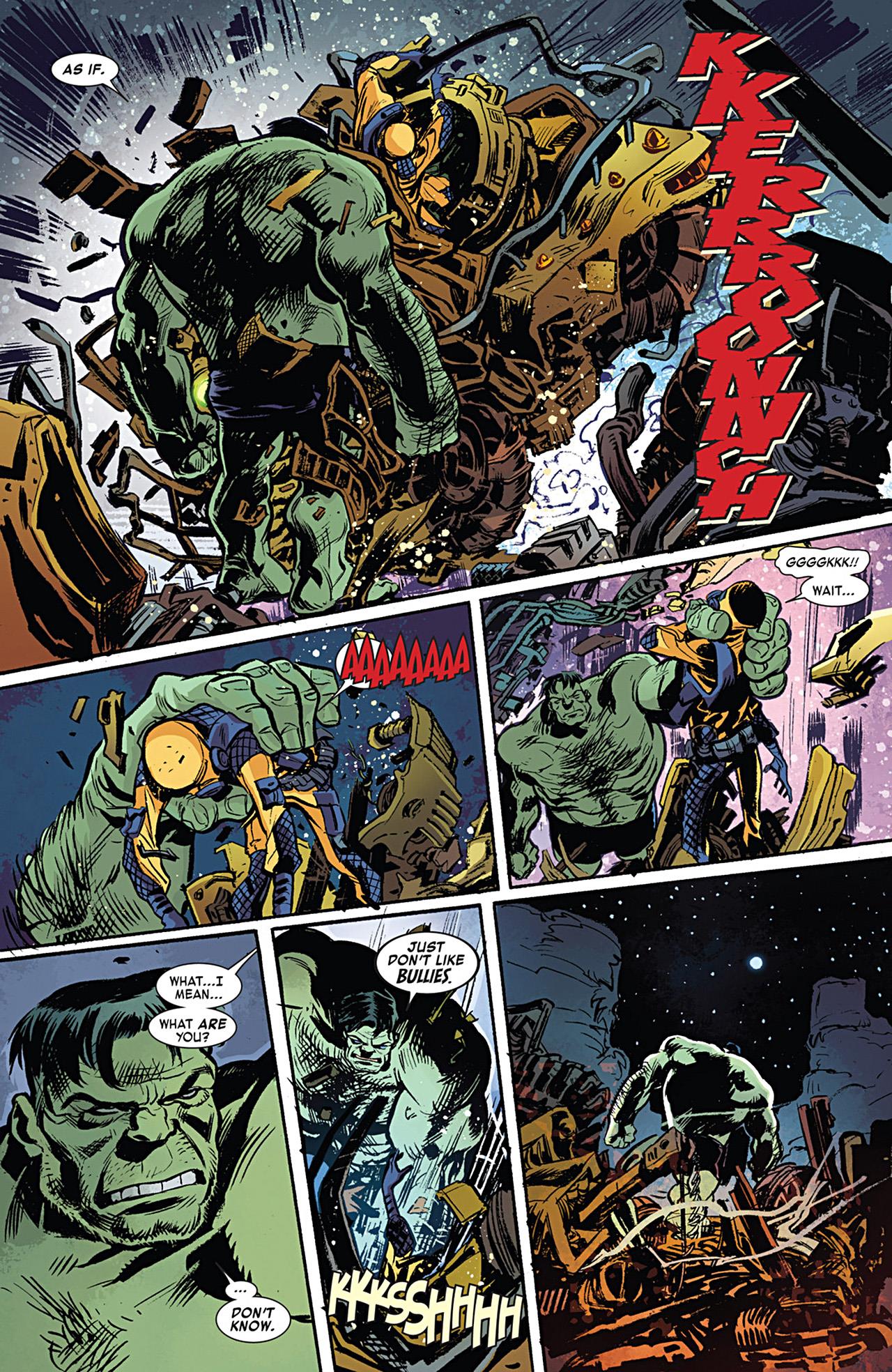 As with the entire Season One series, the brief was to produce a one stop origin presentation for Marvel’s core 1960s superheroes. This allowed upgrading the more dated elements and other tweaks, including moving the stories forward by a couple of decades. This Hulk revision goes a step further, and there surely can’t be many better representations of Bruce Banner’s tragic transformation.

Establishing the era, the car stolen by Rick Jones and driven into the testing centre for a new bomb devised by Bruce Banner is recognisably a 21st century model BMW. As in the known origin, Banner rushes from his protective covering to rescue him. What’s now called a Bannerbomb is designed not to kill in the quantities of a conventional nuclear detonation, but it’s Goodnight Saigon for anyone in the immediate vicinity. Banner still has an unrequited passion for Betsy Ross, but she’s now the Security Commander for Gamma Base, and as before Banner is aware he’s transforming into the Hulk, who’s now green skinned from the start, not grey.

All Fred Van Lente’s tweaks to Stan Lee’s origin make perfect sense while ironing out the wrinkles in what was a very brief story devised with no thought of ongoing continuity in 1962. Except it very rapidly becomes apparent we’re dealing with far greater revisions. These aren’t just restricted to the far earlier incorporation of the 1980s concept of Banner as an abused child, but to a more credible version of the criminal scientists collective, now rechristened ‘Them’. Those steeped in Marvel history will recognise some aspects being continuity implants, while other readers can embrace the plot twists.

Tom Fowler’s art has an attractive looseness when it comes to the Hulk in action and technology, but in places it’s not so effective when depicting the human cast, who can appear too flimsy. Compared with what he does well, though, this is a minor complaint, and Fowler’s Hulk in action has a terrifying sense of power and movement. This is accentuated by often portraying him from a distance as the dust clears.

There are those who bemoan any departure from the stone tablets Lee brought down from the mountain between 1961 and 1964. They’re missing out. While remaining faithful to what Lee created, Van Lente’s version of the Hulk’s origin and earliest weeks of existence is far better. Yes, without Lee there would be no origin, but Van Lente has years of continuity to draw on, years of justifications and credibility infusions to incorporate, and from these he’s created a cohesive and suspenseful drama. You really sympathise with the well-meaning Banner, a complete fish out of water in an otherwise military environment, exploited and abused. His Hulk’s a tower of repressed resentment, his Rick Jones a successfully updated teenager with a protective coating of glib backchat, and the dramatic touches applied to everyone else are meaningful and consistent.

Are there elements that don’t work? Well, yes, but they’re all minor. The idea of Banner/Hulk’s internal dialogue is a dramatic convenience, but the actuality of it serves to further define both. Why are what remain as AIM in the wider Marvel universe ‘Them’ here? There’s also rather an odd dangling ending of a matter feeding into the psychological profile of the Hulk that Van Lente defines, but in terms of practicality that quantity of orphans would take some dealing with!

By means of comparison the book closes by reprinting the first issue of Jason Aaron and Marc Silvestri’s 2011 Hulk re-boot. Meh! Read it if you must, but relish Van Lente and Fowler’s work.