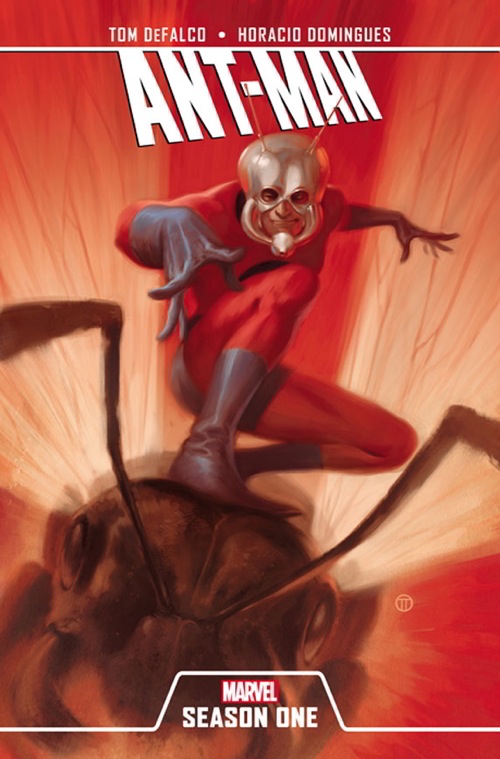 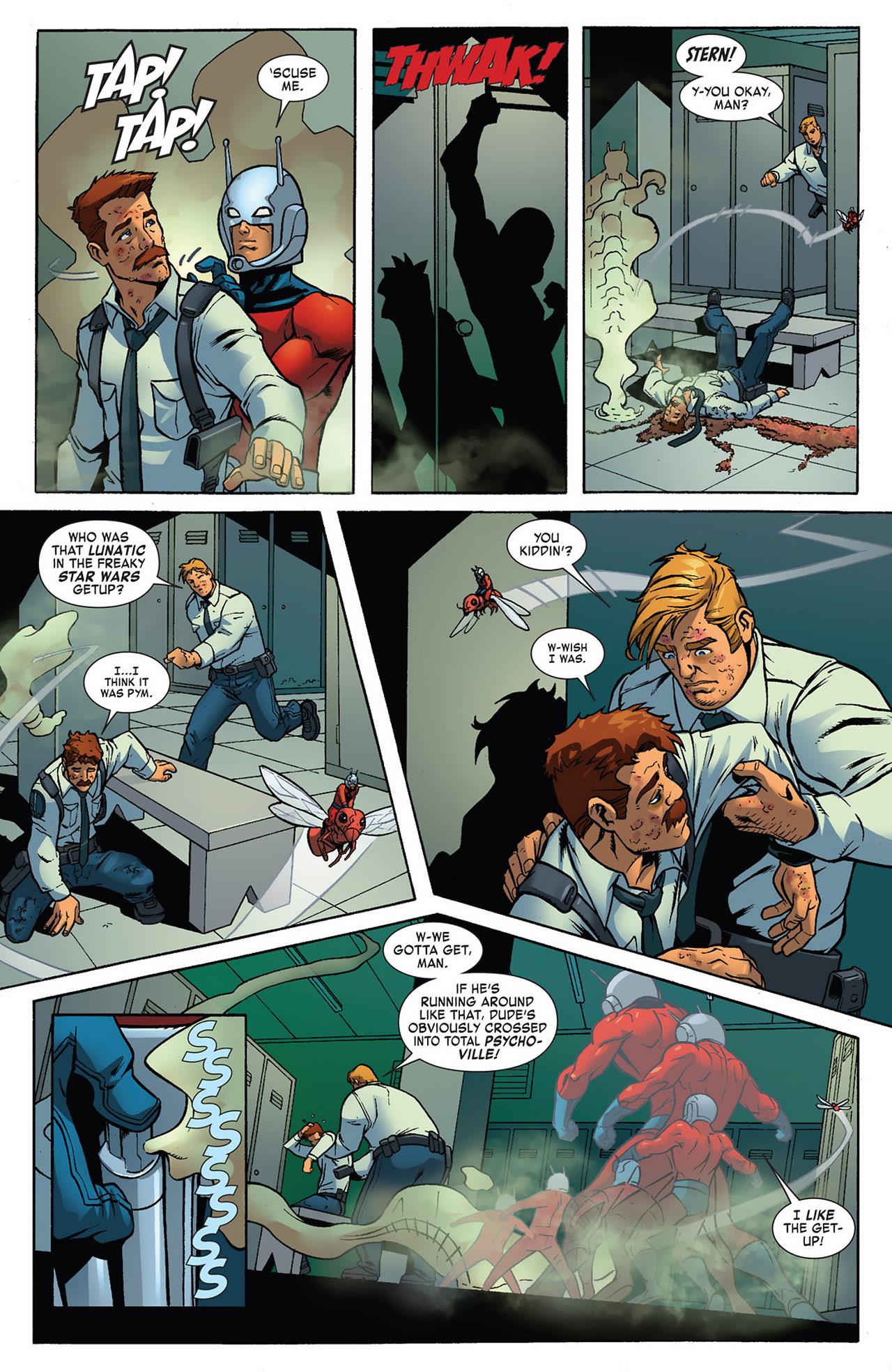 Ant-Man Season One is not quite a reboot, not quite a re-imagining, not quite an introduction to Ant-Man, but a bit of all three. It goes back to a very young Henry ‘Hank’ Pym still in the research phase of his work, mourning the loss of his wife Maria after her death in a terrorist attack. When his research paper on molecular sub-atomic particles able to reduce mass is published, his father Warren Pym drags Hank out of therapy at a sanatorium to work for Egghead Innovations, the brainchild of billionaire genius Elihas ‘Egghead’ Starr. Why he’s nicknamed Egghead is apparent very quickly. Hank meets Dr William ‘Bill’ Foster, hired to be Hank’s lab assistant, and they set about proving the existence of ‘Pym Particles’. Hank has ulterior motives, simultaneously trying to discover if Maria’s death was an accident or planned by her infatuated former employer Starr. She’d been researching insect communication theories and their potential.

Tom DeFalco’s revisions add a layer of sophistication and interest to what was a primitive story, re-tweaking some of Ant-Man’s history for an intended new readership. The plot is standard conspiracy theory stuff, although DeFalco does an admirable job trying to highlight Hank’s vulnerability by focusing on mental instability and paranoia the character was prone to. It succeeds in presenting a man who is less arrogant and more a scientist confident in his meticulous research and intellect. This elevates Hank Pym from a boring character better off in a team setting like The Avengers or Avengers Academy (the first issue of which is also collected here) to someone capable of carrying his own title. Starr is re-introduced as an Ant-Man nemesis, but the rich megalomaniac inventor is so formulaic he merely adds cliché.

The long and the short is that this basically introduces Stan Lee’s and Jack Kirby’s Ant-Man to a generation more familiar with the Marvel Cinematic Universe. The art of Horacio Domingues is similarly suited to a younger audience, prioritising bright and fresh colours. He impresses when contrasting the shrinking powers and size ratios of Hank in miniature. This makes the transformations a focus point, a matter Stan Lee struggled to make his artists think about when he wrote the title. It’s the beasties, both small and gigantic, that are Domingues’ strength and redolent of the old creature features.

Ant-Man Season One is a good effort on a more or less obscure character, better received than some of its other Season One counterparts, but with CGI technology presenting Ant-Man on screen, the print version doesn’t quite capture the imagination quite like it did when he first appeared. If you do want some insight into Ant-Man lore then this is the best place to start.