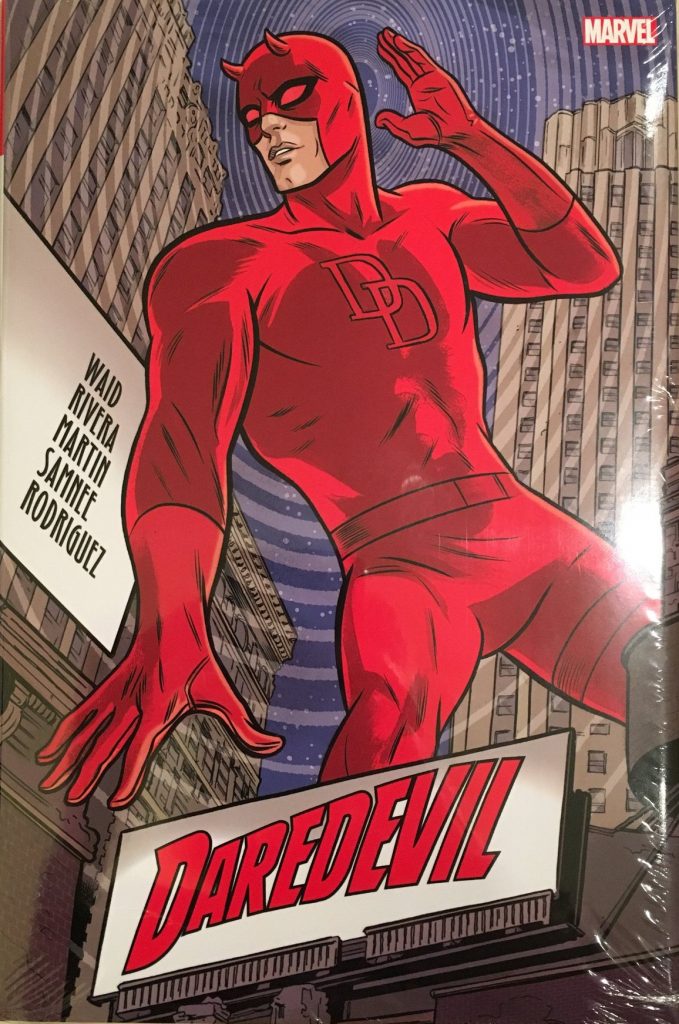 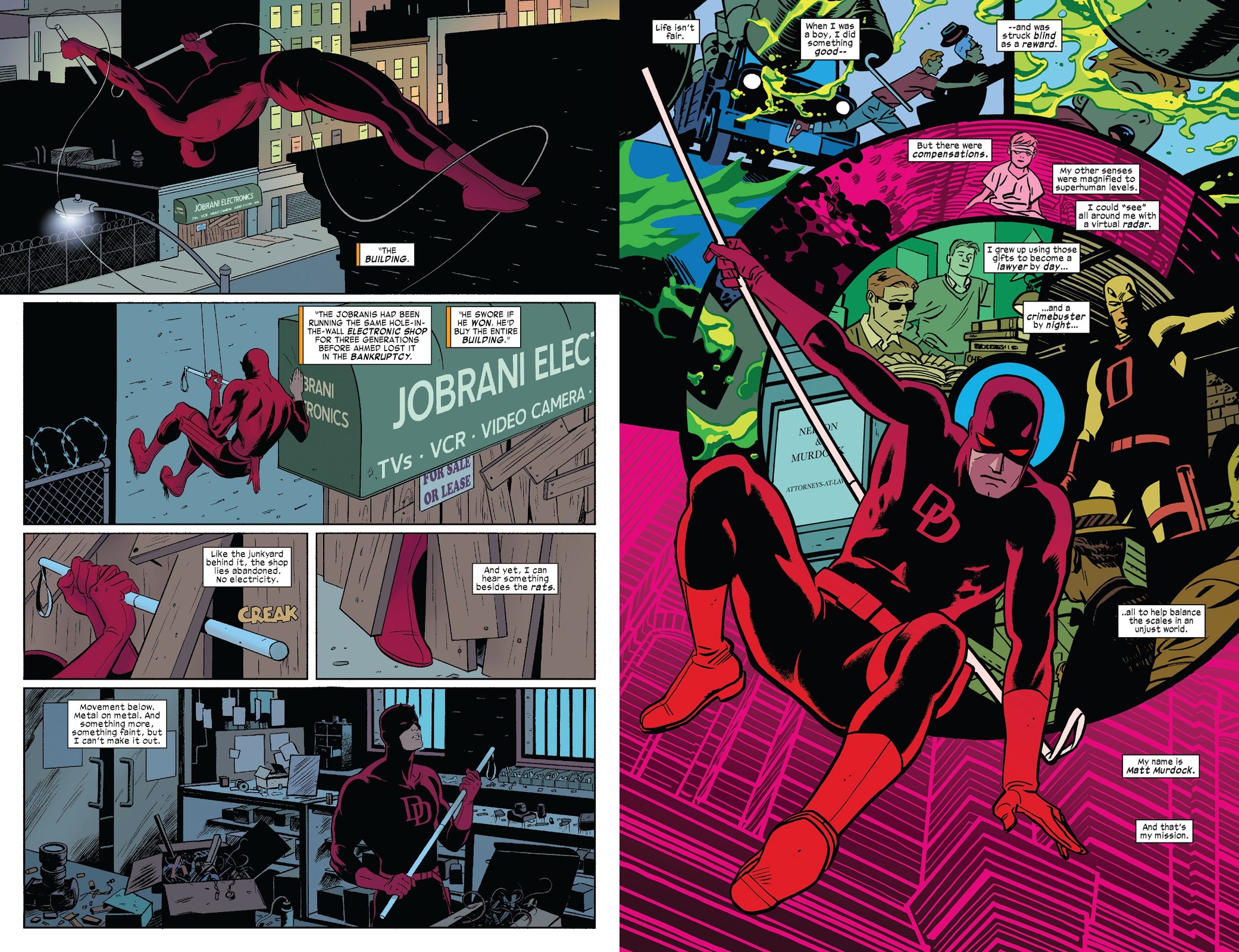 After Frank Miller and Brian Michael Bendis, Mark Waid wrote Daredevil’s third character-defining run, combining consistently interesting personality moments with imaginatively conceived action scenes and plenty of surprises. This, though, was deliberately pitched as a far lighter, fun Daredevil, harkening back to the 1960s in spirit rather than the eternal darkness that had consumed the feature in Miller’s wake. The general tone, however, doesn’t avoid some very dark events, not least afflicting a long-running supporting character with cancer.

Very important in cementing Waid’s run as classic is his being blessed with a selection of extremely gifted artists. Paolo Rivera (sample art left) sets the tone, and his notable sense of graphic design immediately marks his pages as different, but always also prioritising storytelling clarity. He devises a striking visual definition of how the blind Matt Murdock ‘sees’ the world used by all subsequent artists. For all of Rivera’s beautiful pages to begin with, it’s Chris Samnee whose collaboration with Waid defines the series. There’s less flash about Samnee’s pages, but when studied, they’re remarkable, compact and efficient while still allowing for some dynamism as per the sample art. He’s no slacker either, the majority of his panels being middle and long distance viewpoints involving full figures and backgrounds. Numerous fill-in artists contribute, with Omnibus cover artist Michael Allred, Marcos Martin, and Javier Rodriguez the best of them, all distinctive and clever.

Few writers working in Waid’s era have his ability to surprise the reader so consistently, represented  from the start by pitting Daredevil against a stock Marvel villain uniquely able to mess with his power set. It’s so obvious once Waid’s proved that’s the case, but no-one’s thought to do it before. Several elements run through most of this collection. There’s the theft of secret data affecting terrorist organisations, which heads to weird and wonderful places, the growing relationship between Matt Murdock and assistant D.A. Kirsten McDuffie, the continuing suspicion that Matt is Daredevil, and frequent guest stars.

While it’s a thrilling ride overall, not everything works. A story with the almost blind Mole Man starts with good intentions, but can’t fulfil them, and the switching of artistic styles during crossover sequences is often jarring. It’s particularly apparent when Samnee’s detail is followed by chapters from artists who prefer to work with facial close-ups. These, however, are minor elements in what’s a sparkling run of stories continued and completed in a second Omnibus. There’s a reason either creator or content won Eisner Awards for two consecutive years.

This Omnibus combines the content of what was previously available in hardcover as Daredevil by Mark Waid Vols. 1 and 2, with some stories starting Vol. 3. If you want a hardcover presentation, these are available at a cheaper combined cost than you’ll pay for the Omnibus. Alternatively, the paperback collections of Daredevil by Mark Waid volumes 1–5 are cheaper still. Follow the links for more detailed reviews.