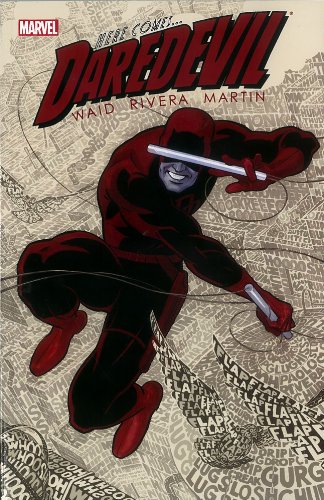 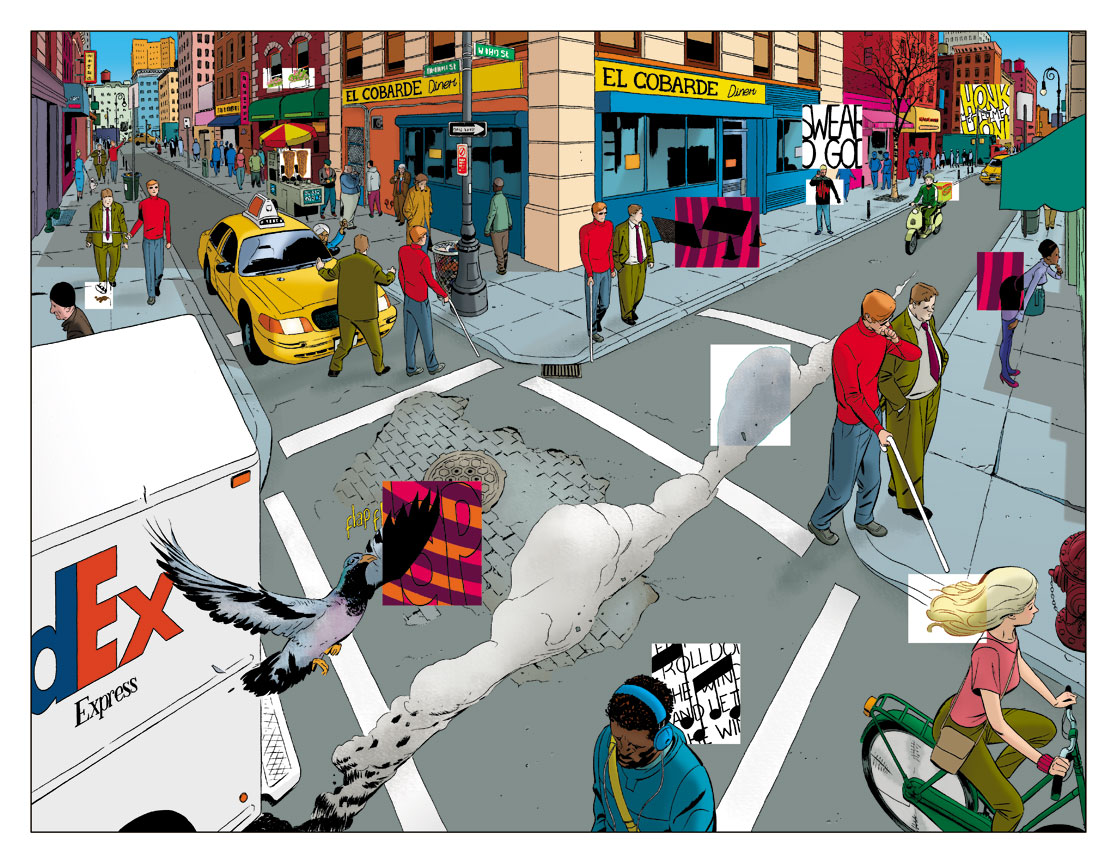 Since the days of Frank Miller in the 1970s Daredevil has been one of Marvel’s most consistently praised titles, but the gloomy noir approach generating this acclaim extends back beyond Miller. It wasn’t always that way. When introduced, Daredevil, whose origin matched that of any Marvel hero for tragic circumstances, was actually a relatively light-hearted title with a wise-cracking, confident hero following the Spider-Man example.

When planning to write the character Mark Waid made a conscious decision to tone down the prevailing atmosphere of despair and to reintroduce some lighter aspects. This tonal shift played to his strengths as a writer, and surely succeeded beyond the best expectations of anyone associated as Daredevil continued to garner praise and then awards. The first results of his approach are collected in this paperback, which isn’t to be confused with the similarly named hardback with the same (great) cover combining both this and the following volume 2.

The first aspect to register on opening the book is the stunning art. A series brief was to highlight the way in which blind Matt Murdock experiences the world, and this is achieved in remarkable fashion. There’s an excellent two page spread in the opening chapter in which Murdock is having a conversation with his law firm partner Foggy Nelson as they walk along the street. Marcos Martin accentuates the various impressions Murdock is taking in with his heightened senses, which includes what Foggy is about to step in, a pigeon’s wings fluttering and the exhaust smoke from a passing van. The other primary artist Paolo Rivera is equally impressive, delivering Murdock’s sight as a series of red outlines resembling the visual interpretation of sound waves, set against solid black.

Both artists are accomplished, drawing both credible battles and the civilian scenes out of costume so essential to what Waid sets out to establish.

He also impresses. Given that Daredevil is blind and dependent on his other senses to be effective, there’s one stock Marvel villain he’s never previously encountered who can mess with that to a great degree. Yet Waid adds an impressive twist to that. He also sets up a sparring relationship with new Assistant D.A. Kirsten McDuffie, and delivers a neat substitute for Murdock’s court appearances. This is required as continuing speculation that he’s Daredevil (dating back to Brian Michael Bendis handling the character) is turning his court presence into a circus.

Along the way there’s a fine guest appearance from Captain America, and the beginnings of a plot that will come to dominate the next few books as several terrorist organisations are concerned about a data security breach. The topic admittedly doesn’t sound like the construction of a modern myth, but Waid takes it into some wonderful places. There’s also a hint as to something else that will play an important part in the series, which here appears as minor whimsy. Throwaway touches of that nature are always pleasurable in hindsight.

There may be prospective readers concerned that restoring some lightness to Daredevil may diminish the elements they enjoy. Rest assured plenty of grim moments occur both here and in later collections, and Waid’s approach could be likened to a US version of manga adventure comics where whimsy and extreme violence sit side by side. 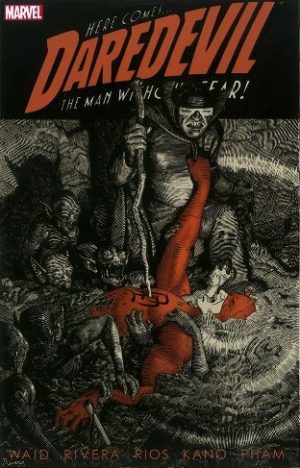 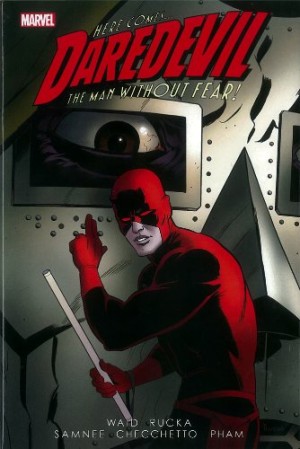 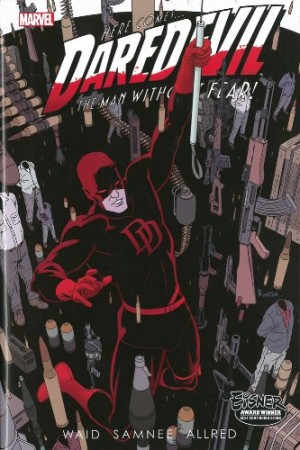 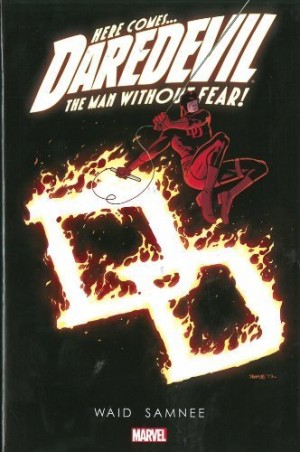