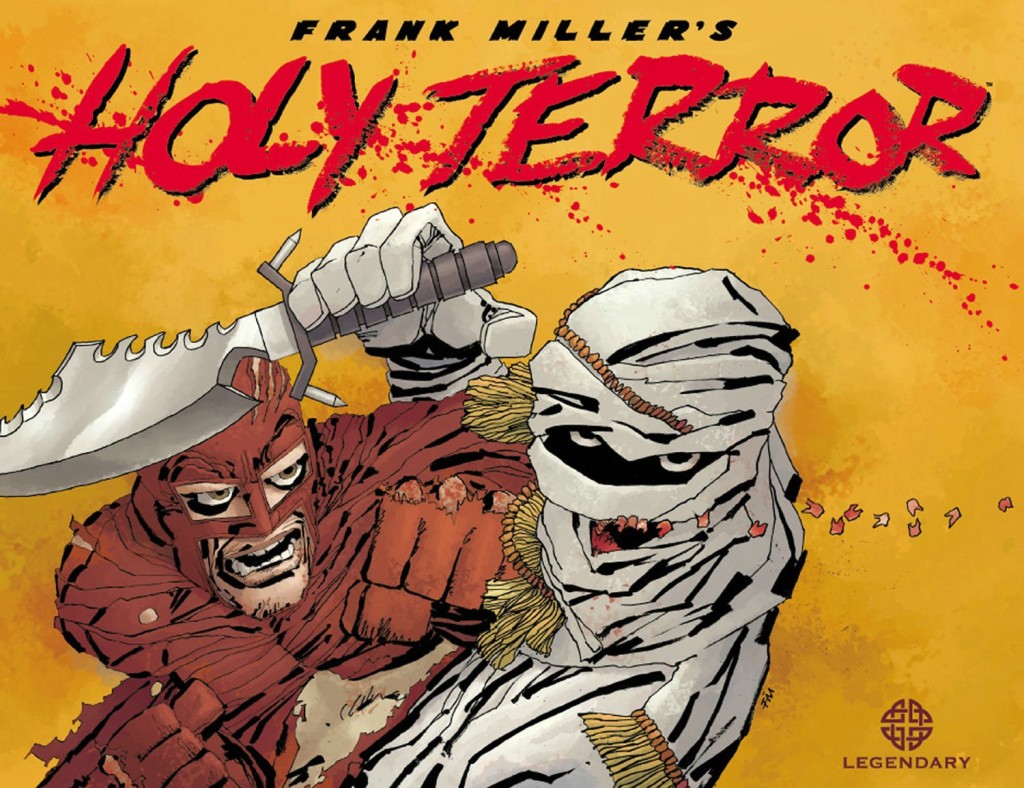 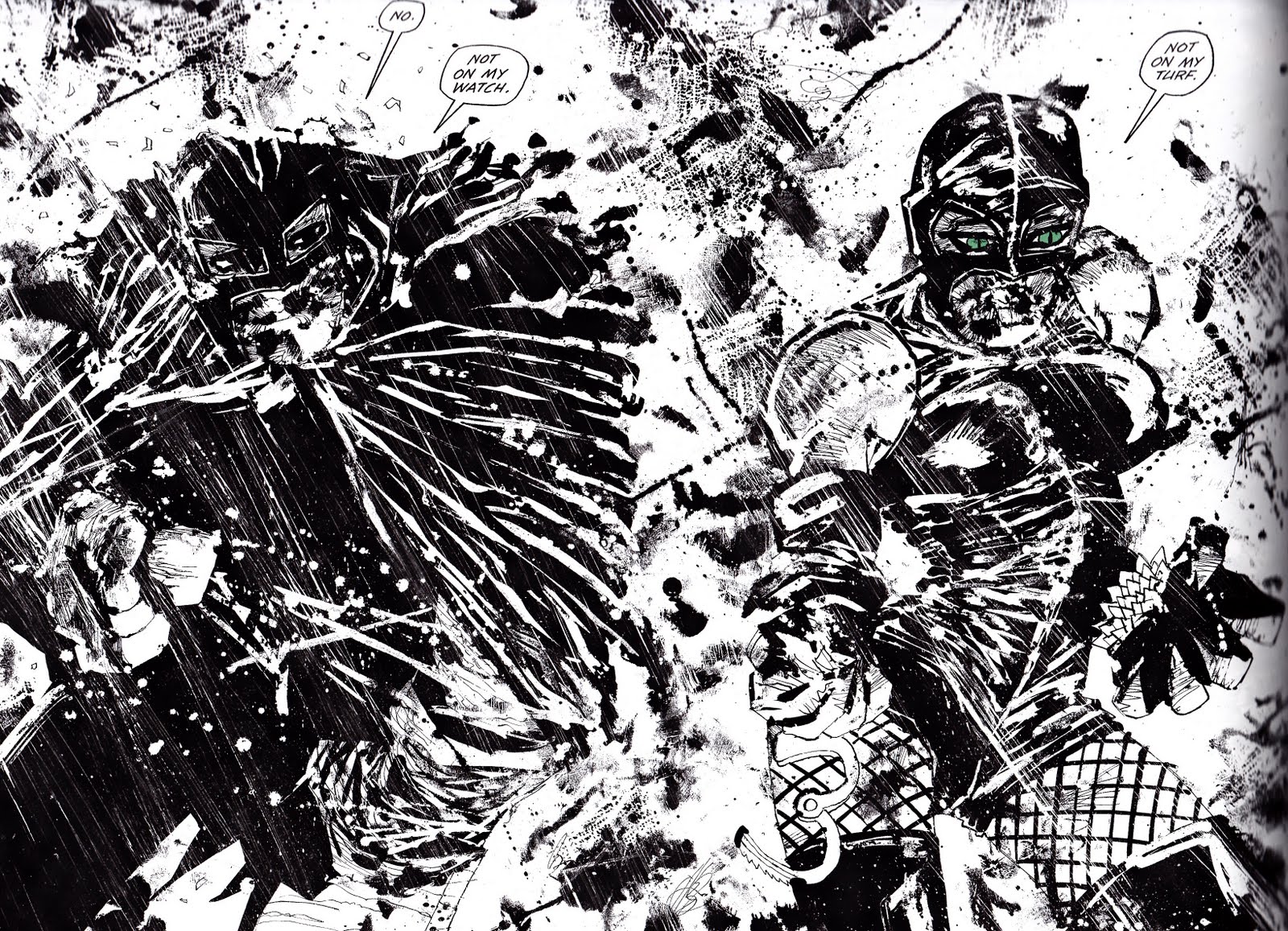 Many current comics readers grew up worshiping Frank Miller, as he became one of the key individuals stretching the boundaries of a moribund art form. Pulling techniques into the mainstream from pioneers such as Bernard Krigstein and Alex Toth, as well as his own instinctive understanding of how comics could be used with greater impact, he created a series of tough-minded classics in a field consisting almost entirely of two companies, one genre and an artistic threshold slightly higher than that of a coloring book. Some of those stories (Batman: Year One, Daredevil: Born Again, Ronin) hold up beautifully. Others (looking at you, Dark Knight Returns) need to be qualified with a fair amount of had-to-be-there.

It’s been a depressing experience watching Miller deteriorate. The diminishing returns of Sin City were the first sign something was going very wrong, with Miller’s tough guys inflating to hot-air-balloon proportions and his women reduced to ever more turgid Madonna/whore action tropes. It’s not as if his writing has ever held a nuanced or progressive view of humanity, but just the chapter titles of the visually stunning 300 – Honor! Duty! Glory! – showed a writer increasingly leaving irony behind for a view of manhood where getting stabby is the highest form of personal growth.

In the new century, Miller was one of those folks whose reaction to the Twin Towers attack was to embrace the worldview that we were officially in conflict, not with any particular fundamentalist movement, but with all 1.6 billion Muslims. At a 2006 convention, he announced to a chorus of derision that he would write a series called Holy Terror, Batman!, pitting the DC character against Al Queda. Four years later, he reported it no longer featured Batman, nor would it be published by DC. Instead, a pastiche of Batman called “The Fixer” teams in a Gotham-like setting with a Catwoman stand-in called “Cat Burglar”. They fight one another, a couple of terror bombs explode spraying nails and razor blades, and they kill the terrorists in their underground lair. Almost no effort is spent to define characters, present context or develop anything resembling a plot. Good guys slaughter bad guys – the end.

Miller described this as a work of propaganda, “That would piss everyone off,” in the vein of Captain America socking Hitler in the jaw, as if there was some form of creativity required or benefit gained from using racial epithets or simplifying world problems to infantile levels. Even looking past the overt racism and reactionary politics, this is a terrible comic. The increasing rawness of Miller’s art has reached the point where it’s impossible to tell whether a particular scratchy ink blot is supposed to be one character’s arm or the other’s head. There was possibly a level of catharsis in him drawing a Batman analog to murder faceless Arabs, but there is little of value in it for the reader.

All the comics advances Frank Miller was responsible for inspiring have long since been absorbed into a field that looks nothing like it did when he emerged as the hot new talent. He’s become a cautionary tale of what comes from going further into self-mythologizing instead of transcending it. Holy Terror is not only Miller’s personal nadir, but a low point for graphic novels. It’s an abysmal, offensive, sloppy, narratively empty piece of work – a pale, starved shadow of what this master was once capable of.