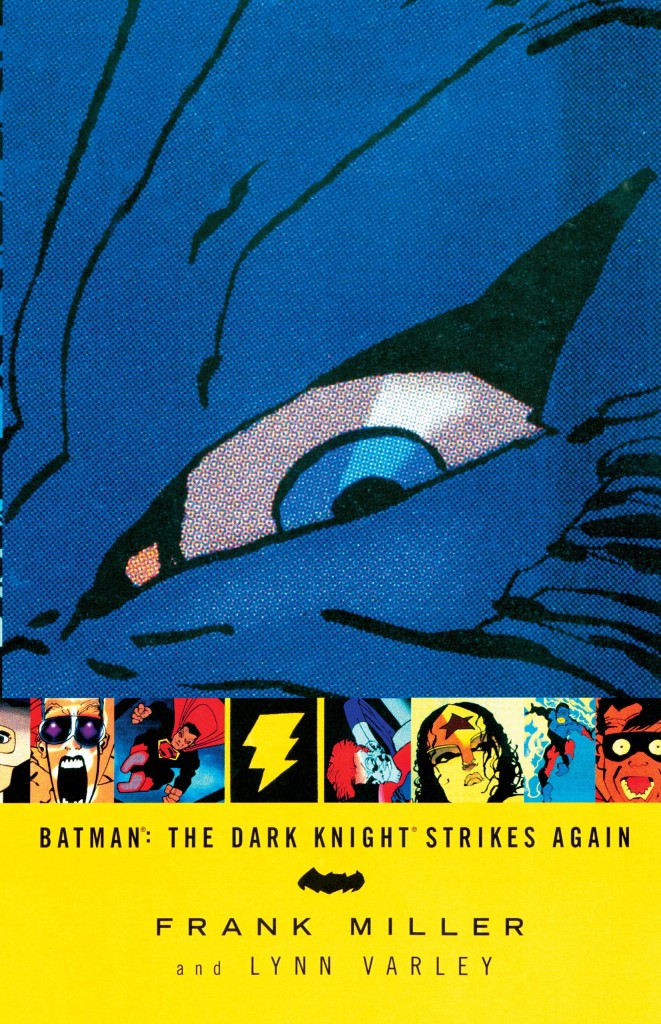 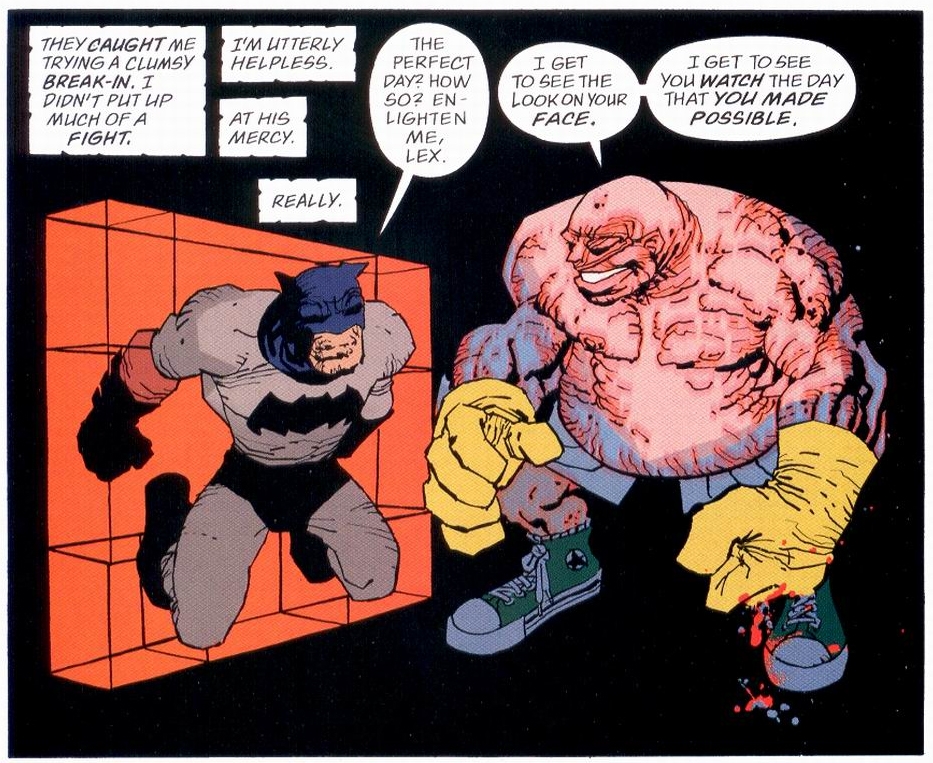 Fifteen years later, Frank Miller returned to the scene of his greatest triumph, The Dark Knight Returns. In the years immediately following that book’s publication, Miller had been on a roll, his subsequent runs on Daredevil and Batman, both with artist David Mazzuchelli, had been critical successes. However, during the 1990s his star waned, with projects such as Sin City failing to attain the same kind of universal acclaim.

Discerning audiences are usually fearful of sequels, and so it proved to be the case when, DC released the first part of Batman: The Dark Knight Strikes Again. Whereas the earlier book had worked as a perfect entrée into comics for those who had previously assumed the form to be too insular and immature for them, to make the most out of Miller’s sequel, you not only needed to have first read The Dark Knight Returns, but you also required an intimate knowledge of the DC Universe. Without this foreknowledge what were readers to make of Kandor, Captain Marvel, The Manhunter from Mars and indeed the book’s final continuity-dependent twist?

Whereas the first book had traded upon Miller’s well honed noir stylings, The Dark Knight Strikes Again is a garish effort, with riotous characterisation, explicitly surreal plot developments and a litany of ridiculously humorous moments. As before, the storyline is given to us in cut-up form, with first-person narratives intercut with incessant media commentary. In truth, it first gives the impression of being difficult to follow, but once you appreciate there is little subtext to Miller’s writing, the plot (in which Batman attempts to return superheroes to their rightful position of Earth’s protectors) is little more than a thrill ride.

And at times, it does succeed in being thrilling. Miller’s version of the caped crusader speaks with the kind of machismo that can still sound cool (albeit outdated). Never more is this so, then at the end of the first chapter when having pummelled Superman, Batman proclaims, “I’m done talking… get out of my cave.” This is still The Dark Knight for the Dirty Harry generation, it’s just that the Dirty Harry generation is now getting on a bit.

Miller has dispensed with inker Klaus Janson and the work is all the more ragged for it. The composition remains inventive and vital, but the execution is substandard, particularly deeper into the book, where it feels as if deadline pressures impinged upon the artist’s quality control. Lynn Varley still provides the colours, but the muted palette of The Dark Knight Returns has been replaced with something more apposite for this story. It’s bubble-gum colouring for a bubble-gum tale.

The Dark Knight Strikes Again isn’t terrible, but it isn’t a patch on its predecessor. In part this is because Miller’s vision for the work doesn’t align with most readers’ aspirations. They don’t really want a silly Batman story, populated with wacky characters and cheap pot shots at the super hero genre.  Unfortunately, Miller does and that’s what he serves up.