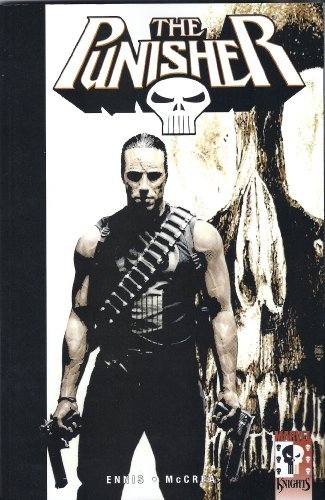 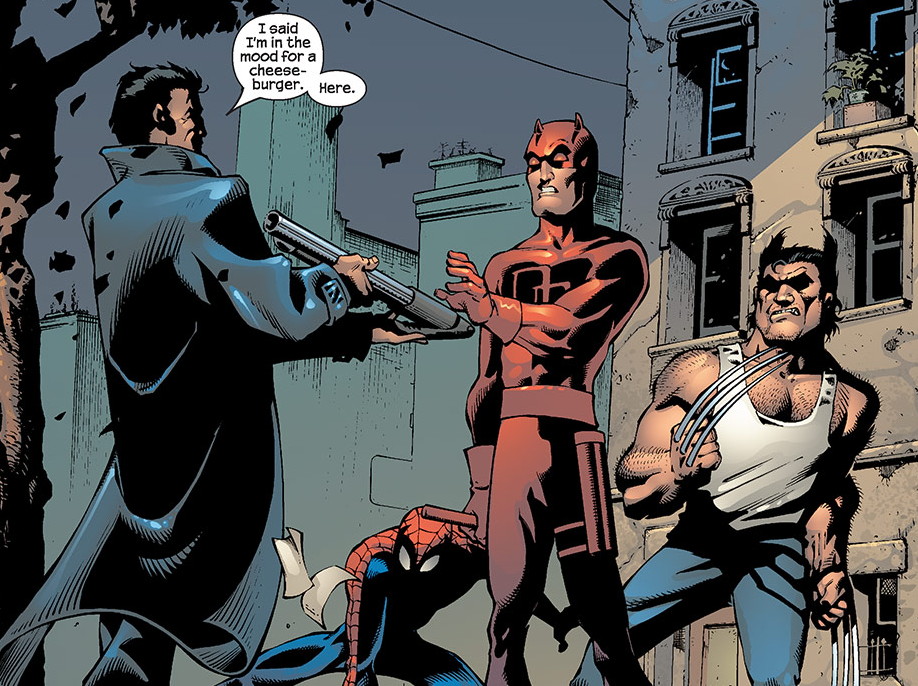 It’s interesting that in the first chapter of the title story Garth Ennis should have the Punisher muse on those who’ve outlived their time. Was this a cry from the heart? There was an ennui about the Streets of Laredo, and this has few of that book’s redeeming qualities. It’s very much going through the motions, and the worst of it is that Ennis has appropriated the title from one of America’s greatest comic novels. Were Ignatius T. Reilly to read this, his valve would surely get the better of him.

The heart of the story is the comic attempts of the united Daredevil, Spider-Man and Wolverine to deal with the Punisher, considering he’s out of control. The line was crossed a long time ago and it’s down to them to stop him. One of Ennis’ strengths as a writer has been knowing his comfort zones, which means avoiding superheroes. Their previous appearances in this series were all as comic relief, as he patently has no sympathy for the genre. “We’re going to get you. We’re going to put an end to your butcher work”, squeals Daredevil. There is one surprise when another familiar character is thrown into the mix, but it doesn’t compensate for the drawn out and ordinary nature of the remainder.

John McCrea is fine on the first chapter, but as the story continues he delivers a gurning cast, unconvincing superheroes and misguided, over-muscled arms. He’s a versatile artist, but doesn’t cut the mustard here.

Returning to Ignatius T. Reilly, let’s file this under “reeling with misconceptions and abysmal value judgements”, and forget it. It wouldn’t be long before Ennis would be back on the Punisher, but this time taking a completely different approach and playing him straight in real-world based action thrillers starting with In the Beginning. Almost five years later, though, there was one final fling for the this version, with Ennis recovering his mojo and Steve Dillon in tow for The Resurrection of Ma Gnucci.

This is combined with the remainder of Ennis’ work on this incarnation of the character as Punisher by Garth Ennis Omnibus, now long out of print and very expensive if you can find it.