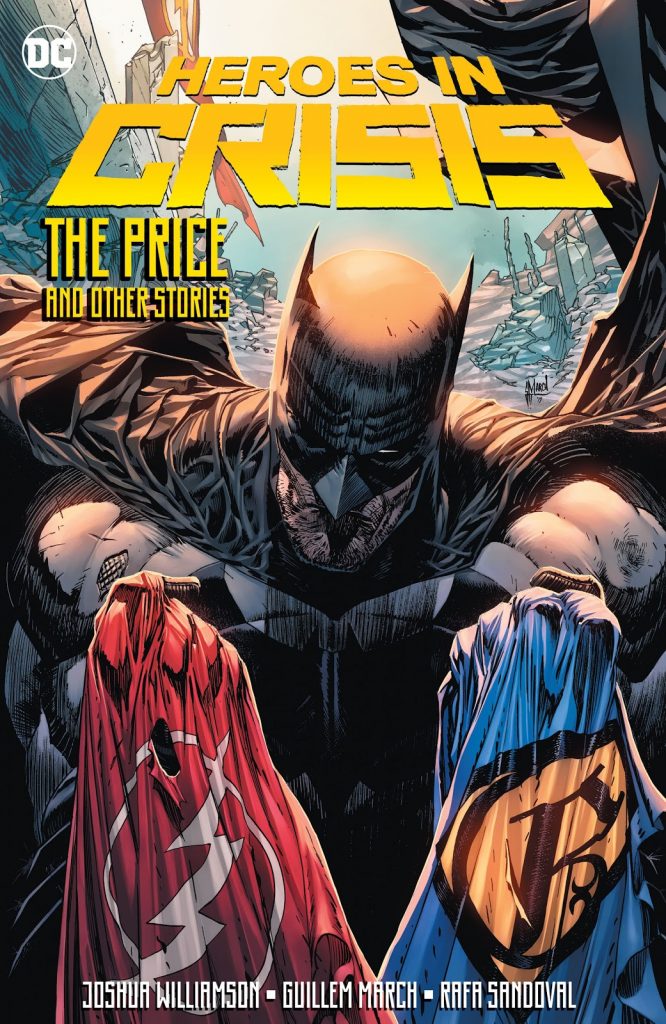 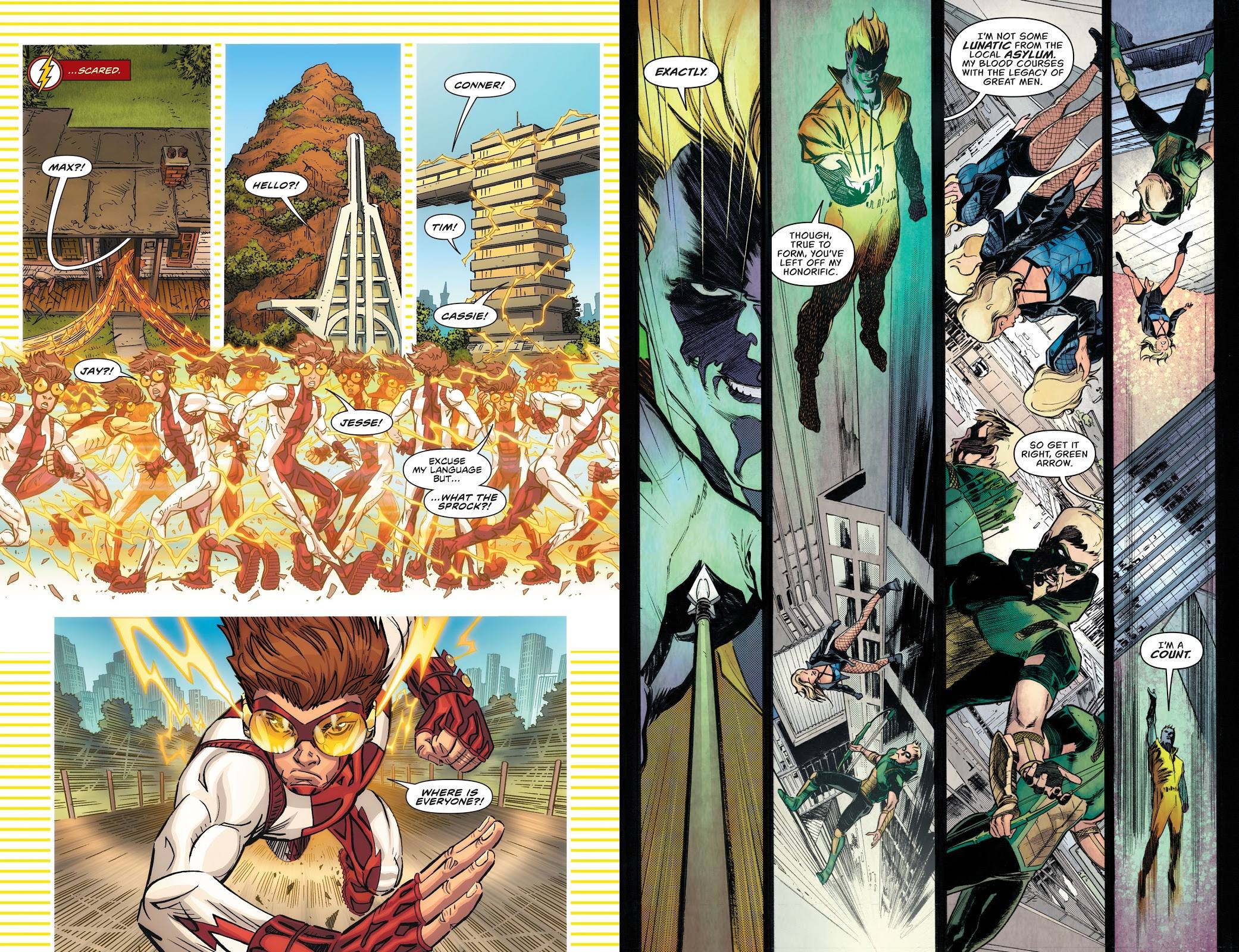 Heroes in Crisis introduced the idea that there exists a place called Sanctuary where superheroes can go to talk confidentially about any trauma issues they may have in dealing with the immensity of what they do. Batman and the Wally West version of the Flash have roles, with Green Arrow mentioned in passing, and this collection features stories dealing with the aftermath, so shouldn’t be read before the main event.

Without giving too much away, the main event leaves the superhero community with much to consider, with even Batman soul searching. That’s combined with a plot where someone malign is targeting all super speedsters, and they influence henchmen by dangling carrots offering them their deepest desire. Both foes Flash (Barry Allen version) then Batman deal with are already conflicted, and Joshua Williamson’s five chapter title story deals with their concerns about mentoring, about whether they’ve always done the right thing.

Scott Kolins (sample spread left) draws the introductory Flash solo, and thankfully the artistic styles of Guillem March and Rafa Sandoval don’t clash, each having a broadly open superhero style, clear and dynamic. Batman and Flash, however, are somewhat forced together, reprising their team-up in The Button. Williamson accentuates the contrast between their personalities and their methods, noting Flash’s not often highlighted detective skills, and also continues the main series theme about the effects of trauma. He skilfully opens some festering old wounds, and writes convincing conversations between two heroes questioning themselves and taking the resulting anger out on the other. Batman being more restrained is consistent with his repressed personality, but he gets his digs in.

The opening Green Arrow material by TV writers Julie and Shawna Benson is also found in Green Arrow: Citizen’s Arrest, and it’s largely a eulogy addressing a fatality in Heroes in Crisis, heavy on the drama. The connection between Heroes in Crisis and the subsequent Green Arrow story by Collin Kelly and Jackson Lanzing isn’t as apparent, other than him also having issues to address. Javier Fernandez produces interesting looking page designs, but the sketchy style with smudges of colour doesn’t live up to those designs. Ignore the tenuous connection to Heroes in Crisis and the writers produce a taut action thriller with something to say about Green Arrow and his methods. Their chapters are also collected in Green Arrow: The End of the Road.

The Price and Other Stories is a decent collection, especially when considering 21st century tie-ins with major superhero events are generally seen by publishers as a way to toss tryout talent a few short stories, with the patchy results that inevitably produces. All the content is strong on analysing the lead characters, and there’s no shortage of action in doing so.