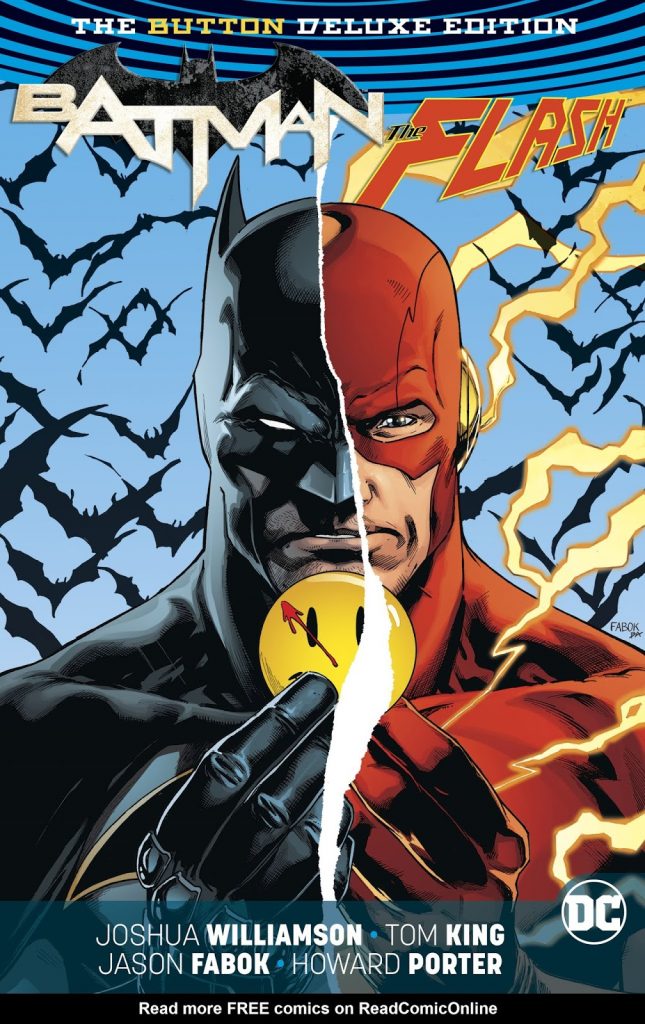 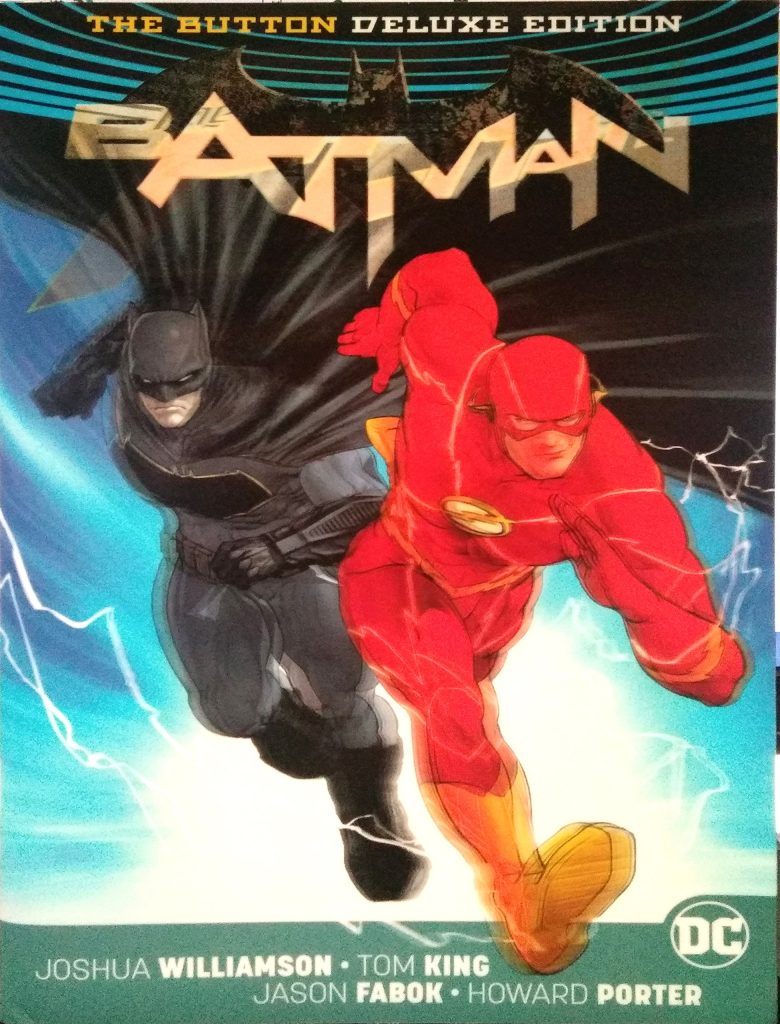 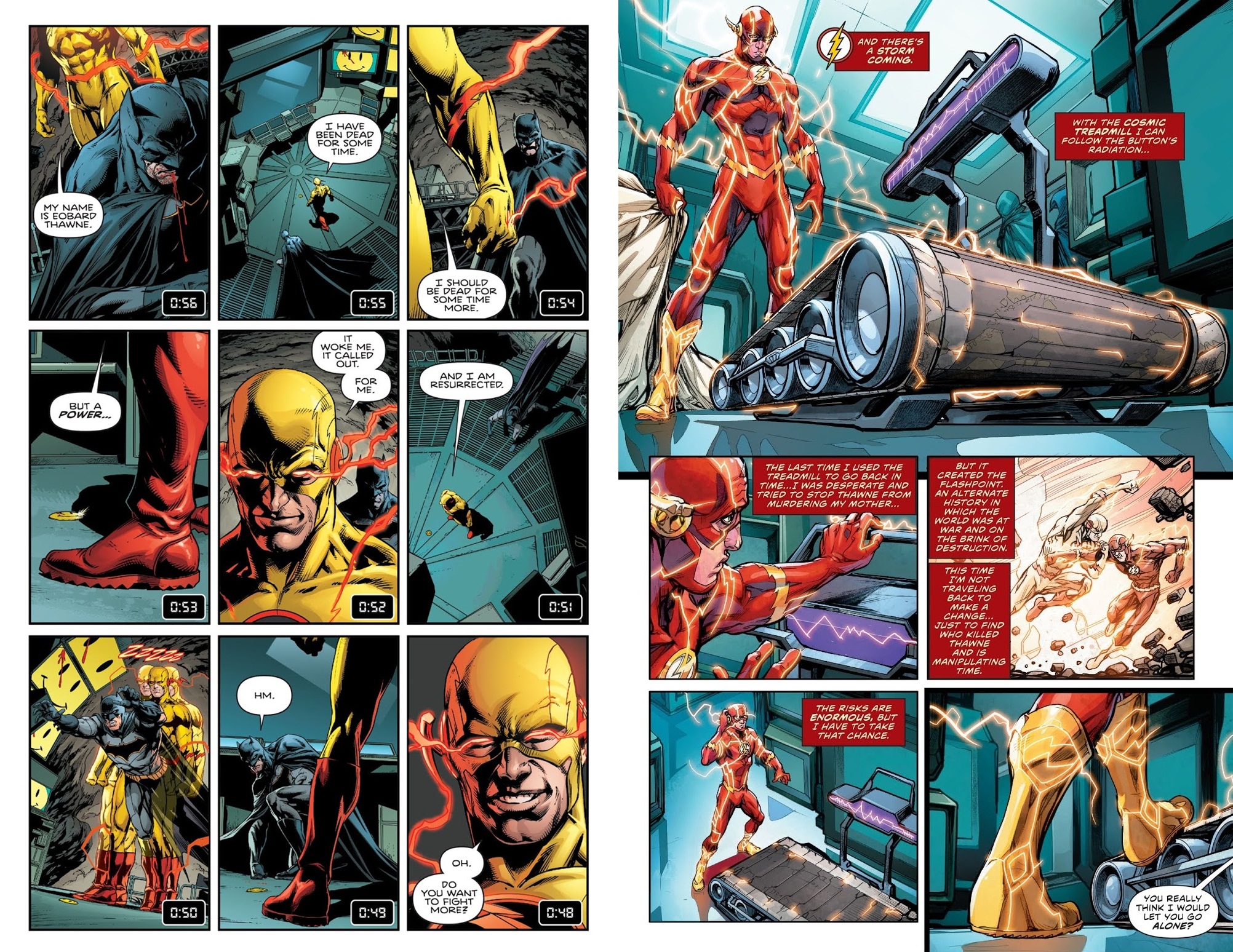 The button of the title is a smiley face with a trace of blood, found by Batman and the Flash, which has been the subject of forensic study without revealing any clues as to where it came from or whose blood stains it. Most readers will of course be aware that it’s connected with the world of Watchmen, with which DC teased readers since re-booting their superhero line in 2016. Creative teams of Tom King/Jason Fabok and Joshua Williamson/Howard Porter unite the heroes in a plot taking them back to the alternate timeline constructed for Flashpoint.

DC’s editorial intention was to tease about possibility of the Watchmen’s world interacting with that of the main DC superheroes for as long as possible, and The Button feeds into that, offering a puzzle and a diversion, but otherwise just an ephemeral set of circumstances where there is no answer to any mystery. If you’re happy enough with an admittedly rare teaming of Batman and the Flash, then there’s something to recommend, as there is about the art. Fabok and Porter have very different styles, but the differing environments of the two heroes provides interesting visual contrast, with Porter surrounding the Flash with speed lines and lightning flashes and Fabok’s more studied realism applied to Batman’s world.

The best individual chapter is the first, in which Batman is vastly outmatched in taking on one of Flash’s enemies, and King and Fabok give a nod to Alan Moore and Dave Gibbons by constructing most of the story to fit a twelve panel grid.

The cover illustration isn’t actually the cover to some printings, as the deluxe edition (first print) comes with a lenticular cover that either shows Batman or the Flash, depending on which way the book is tilted.