Green Arrow: The End of the Road 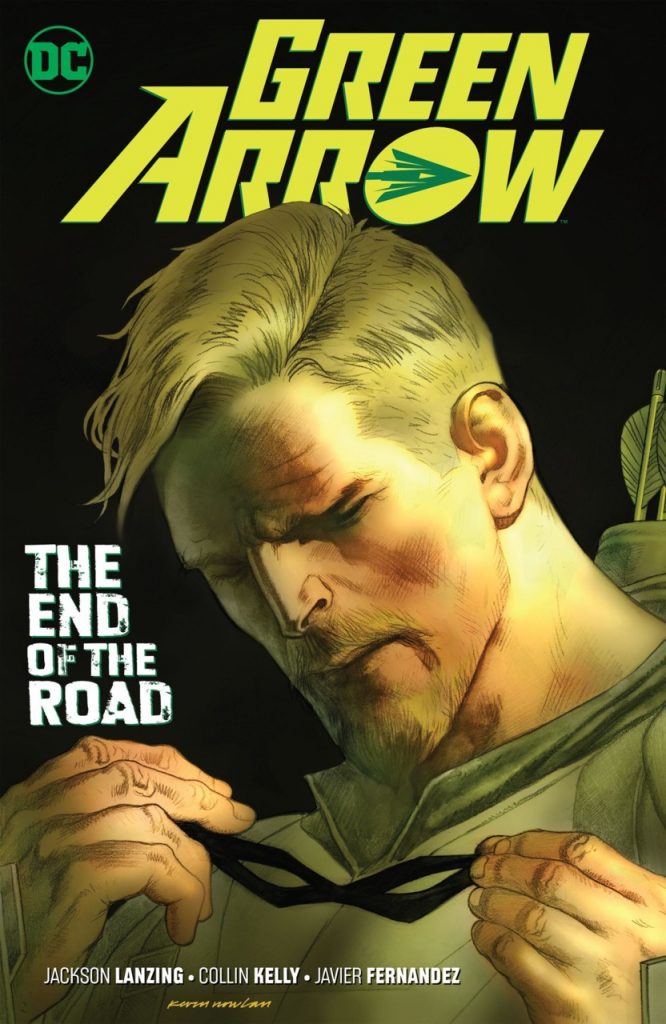 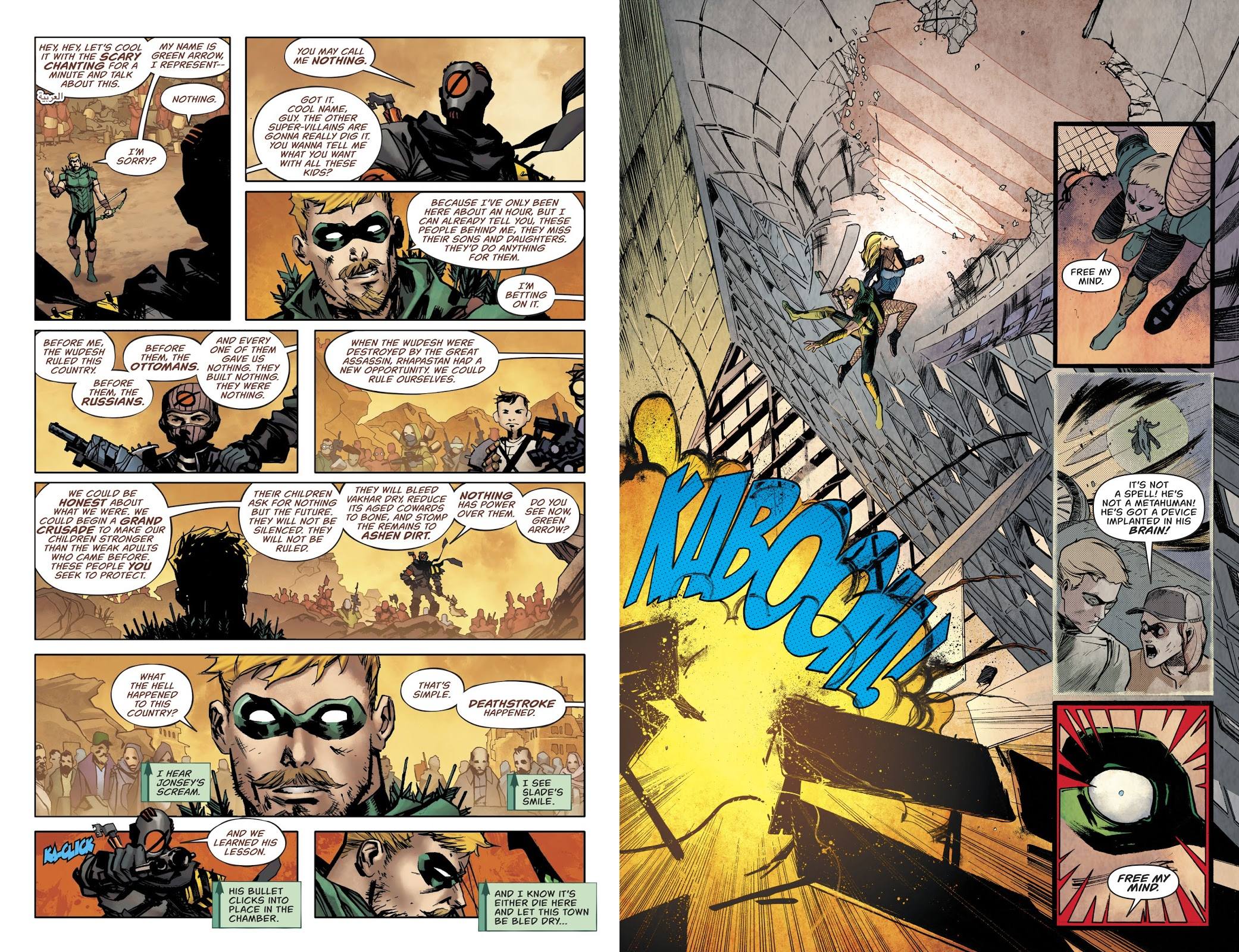 The writing collaborators Collin Kelly and Jackson Lanzing are new to Green Arrow, but of the three scripting teams given a shot at his title during 2018, it was they who were chosen to finish of the Rebirth series ahead of Oliver Queen spending another period in limbo. Their opening shot at first presents a horribly misguided and arrogant Green Arrow launching himself into an Arabic state with distinct similarities to Afghanistan, and recently ravaged by Deathstroke. Marcio Tamaka’s sample page shows the writers not quite hitting the correct tone for Green Arrow, while the sketchiness of his pages sometimes draws attention away, and sometimes doesn’t although the detail is there. Gradually, though, Kelly and Lanzing make some sense of Green Arrow, and drop some astute observations into his captions. “Surviving. It’s one of my specialities”, he tells us, “So is wishful thinking”.

It turns out the local people don’t want Green Arrow’s brand of help, and while never entirely convincing about what’s happened to the nation’s children, Kelly and Lanzing deliver a two-parter that makes good use of DC’s opportunities and delivers a message of hope rather than despair.

Exactly the opposite is supplied in Maighread Scott’s story of Green Arrow called in to guard a prisoner being moved, someone with abilities well beyond his class. Needless to say, the Parasite doesn’t remain helpless, but what’s an attempt to condemn a seemingly inhumane system is too melodramatic to be convincing, although Matthew Clark’s action art is fine.

When Kelly and Lanzing return as writers it’s to explore the idea that Oliver hasn’t really recovered from recent traumas, and his actual use to Seattle comes under scrutiny. Javier Fernandez supplies the best art in the collection (sample right). Whenever Count Vertigo’s in town distortion is needed, and the spreads Fernandez conceives to display it trade well on the villain’s name. Explaining his purpose, though and why he wants Roy Harper isn’t something the writers share. There are some similar questions prompted by the final story when government agencies force Black Canary to capture Green Arrow. It’s a neat trap, and plays out compellingly, although for the full picture it’s necessary to have read Green Arrow: Citzen’s Arrest, as some of the plot hangs on a box given to Green Arrow by Martian Manhunter and the reasons for doing so. However, while Black Canary’s compromised position is understood, other lecturing about Green Arrow doing more harm than good doesn’t hold up to any scrutiny, yet ultimately it seems he’s convinced by it.

This isn’t solid gold all the way through, but does provide better than average entertainment.