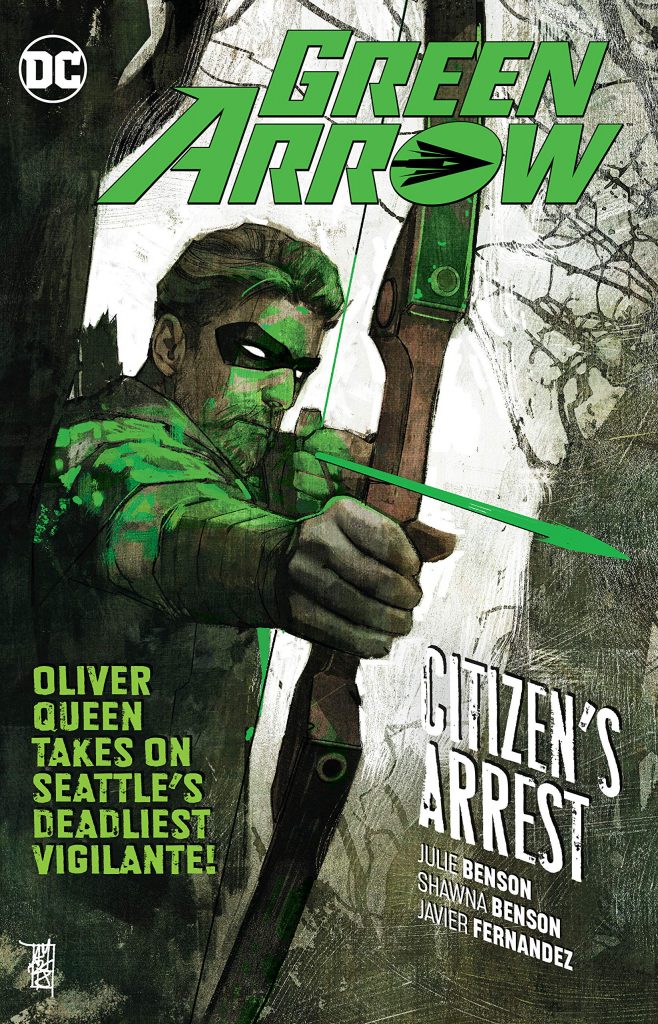 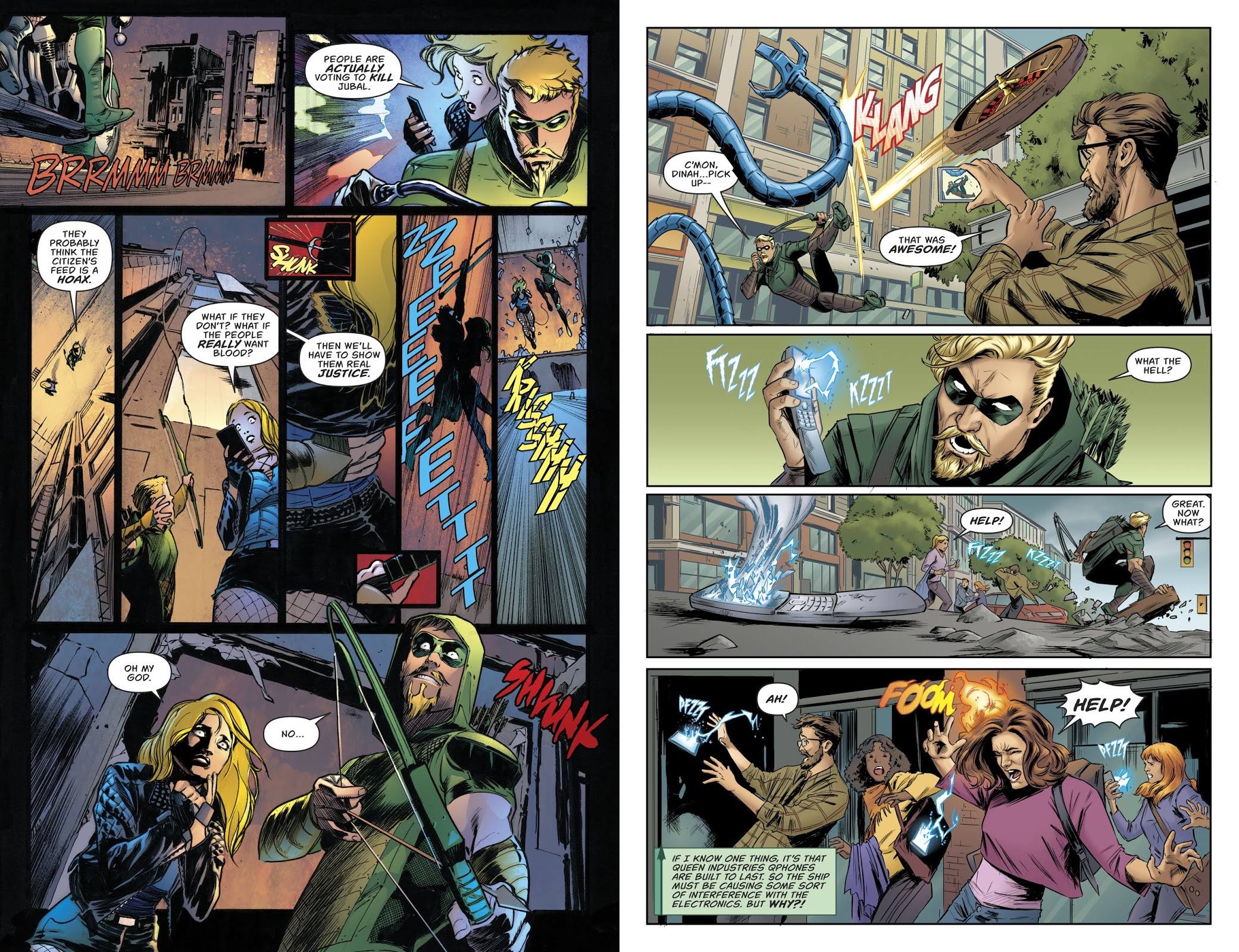 Julie Benson and Shawna Benson come to comics as TV writers, a background providing a strong sense of how to write visually, which is useful for an opening story that constantly has Green Arrow on the back foot and fighting someone way beyond his power scale. The Justice League have left him on Earth as a safeguard as they deal with Brainiac, but it appears that’s not going very well, as Brainiac has sent one of his hovering, head-shaped and tentacled robots to Earth to capture Green Arrow. The Benson sisters twist the plot all over the place, toying with readers, and introduce a great maguffin that plays into what follows.

There’s a social conscience to that, a strong part of Green Arrow’s personality, and he and Arsenal begin the next sequence on the trail of heartless building contractor Jubal Slade, a man seemingly beyond the law. However, a mysterious hooded character named the Citizen is of the opinion that Slade will always squirm away from legal charges so a more permanent form of justice is required, and he has other rich targets in mind. How effective can Green Arrow be when someone’s constantly on social media and hijacking TV broadcasts denouncing Oliver Queen’s shortcomings?

The plot is a clever riff on presenters willing to convict anyone publicly without properly examining the evidence, a curse of the real world. The Citizen presents some truths mixed with speculation and exaggerations that are then believed by their audience. The story is interrupted to take in tragic events from elsewhere, but the writing incorporates that and reflects what’s already in motion while also providing a fitting consideration of a hero.

Javier Fernandez draws the main story in a loose style that’s not great when it comes to readers figuring out what’s happening, further distanced by filling so much around the central figures that the point of a panel is often obscured. Carmen Carnero on the opening episode is clearer, but at times has some problems with perspective. The best art is provided by German Peralta on the two closing chapters, with clear, precise and attractive layouts. It rescues a worthwhile plot reminiscent of something Mike Grell might have put together in the 1990s.

As a closing thought, with both Green Arrow and Oliver Queen being prominent figures often filmed, how it is that no-one appears to connect one with the other when they each have such a distinctive moustache and beard combo? Plus, while interesting when introduced in the 1970s, that look’s dated now.

In terms of continuity, this continues from Benjamin Percy concluding his run in Trial of Two Cities, but this stands well enough alone without knowing that. Green Arrow’s adventures continue with The End of the Road.