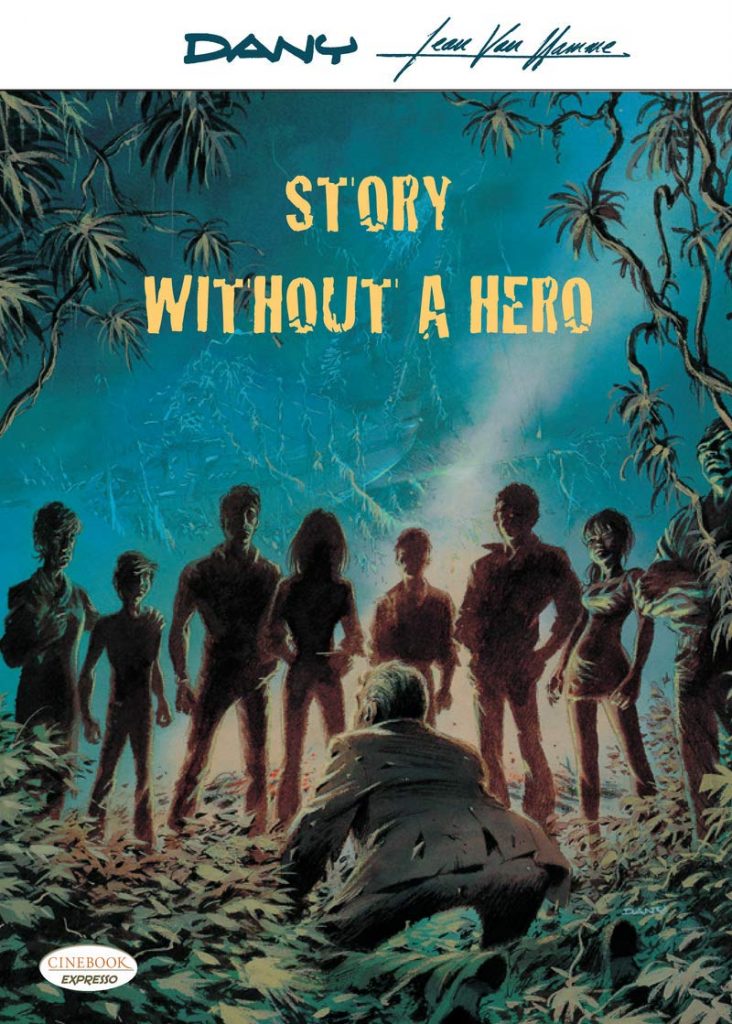 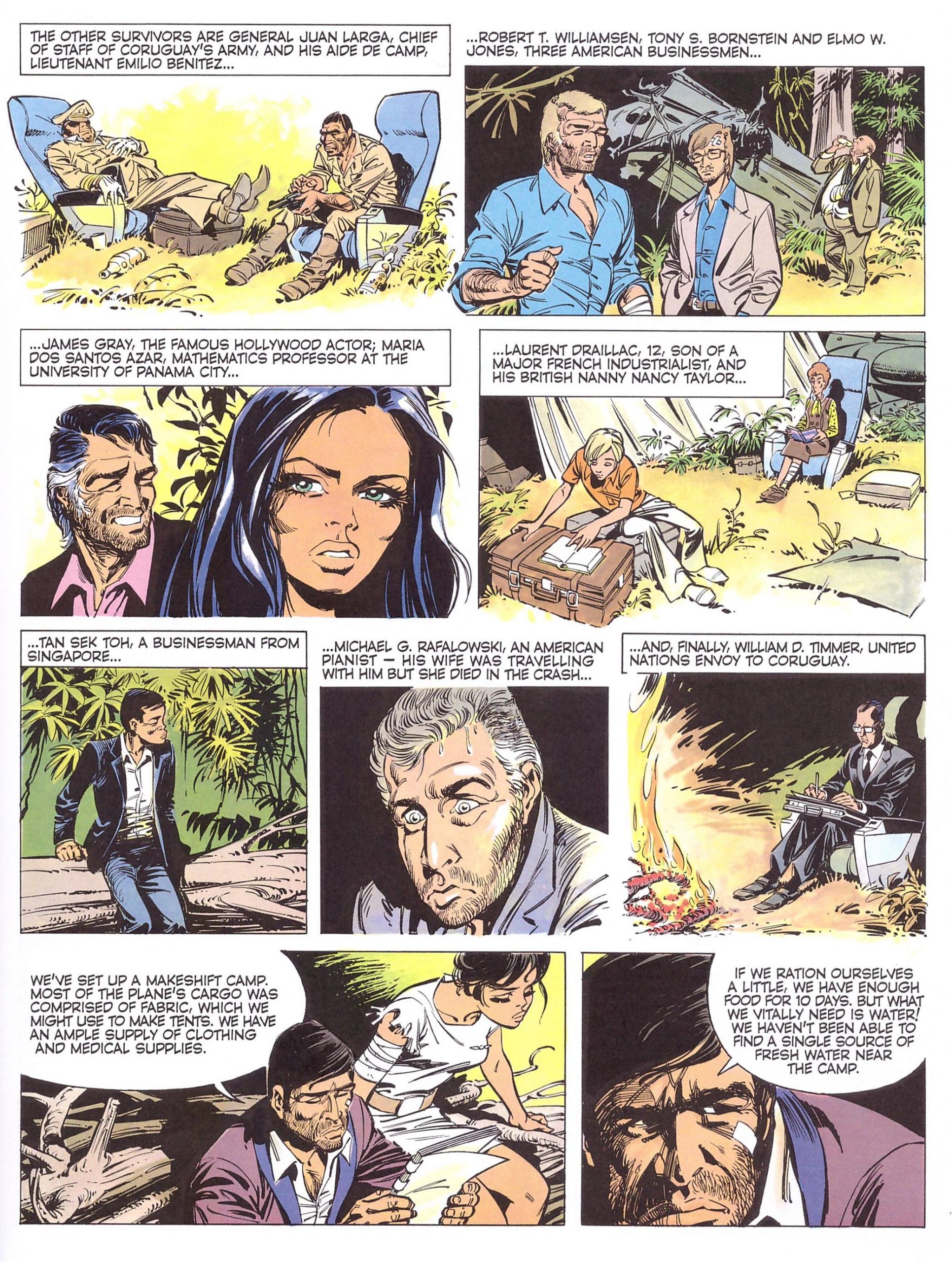 In 1974 a small plane crashes in the Brazilian jungle. Only fifteen passengers and two of the crew survive, and while several important people number among them, none of their experiences suggest skills adaptable to jungle survival. If the food is rationed they can survive for ten days, but the more pressing problem is the lack of fresh water in the vicinity, although that’s rather forgotten as events play out.

When they collaborated on Story Without a Hero in 1977 both writer Jean Van Hamme and artist Dany (Daniel Henrotin) were relative novices, with just a few graphic novels under their belts, yet this has proved a perennial favourite, reprinted a dozen times in French. Both creators know how to ramp up the tension. While the mixture of survivors can contribute little practical value to any survival attempts, Van Hamme has ensured their careers are no accident, and the secrets, ambitions and obsessions they have feed well into their ongoing trials. A nice touch is the weapons being in the possession of military typical of the prevailing South American dictatorships. Dany’s cast designs are well considered, each of them given a look representing their personality, the fat and unshaven army general a symbol of excess.

No-one is going to begin reading Story Without a Hero expecting any more than a few of the people introduced at the start to be around for the final pages. Van Hamme conforms to expectation in that respect, yet he supplies a variety of inventively constructed deaths and other surprises beyond as he reinforces the dangers of the jungle. Any slim regard for the needs of others is absent from some characters, while some feed into working together, forgetting their status in the outside world.

There’s a neat surprise at the end, with a text afterword provided by Largo Winch, lead character from another Van Hamme series. It’s clever, answers questions, provides an extra little adventure and sets up the sequel, Twenty Years Later. Story Without a Hero is a neat read provided with a professional understatement, living up to the title by reducing the cast to humans, not Hollywood heroics. 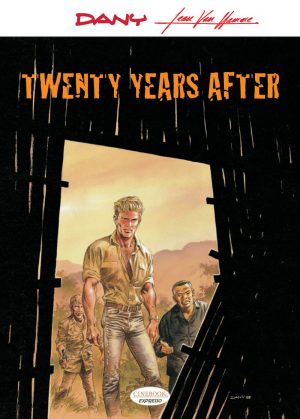