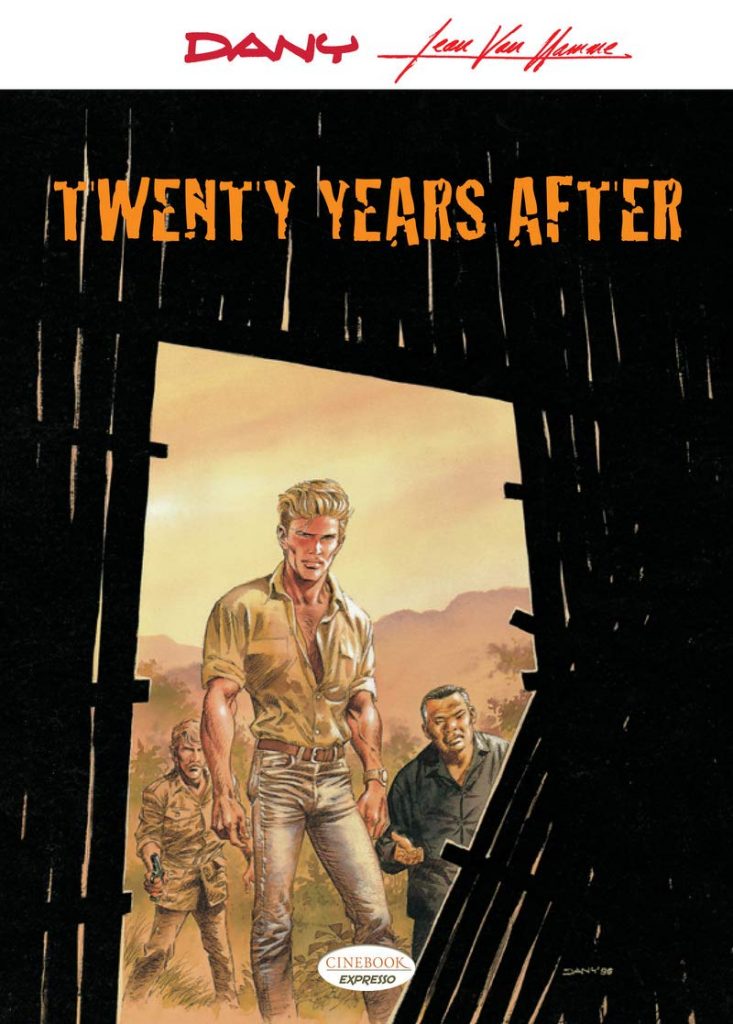 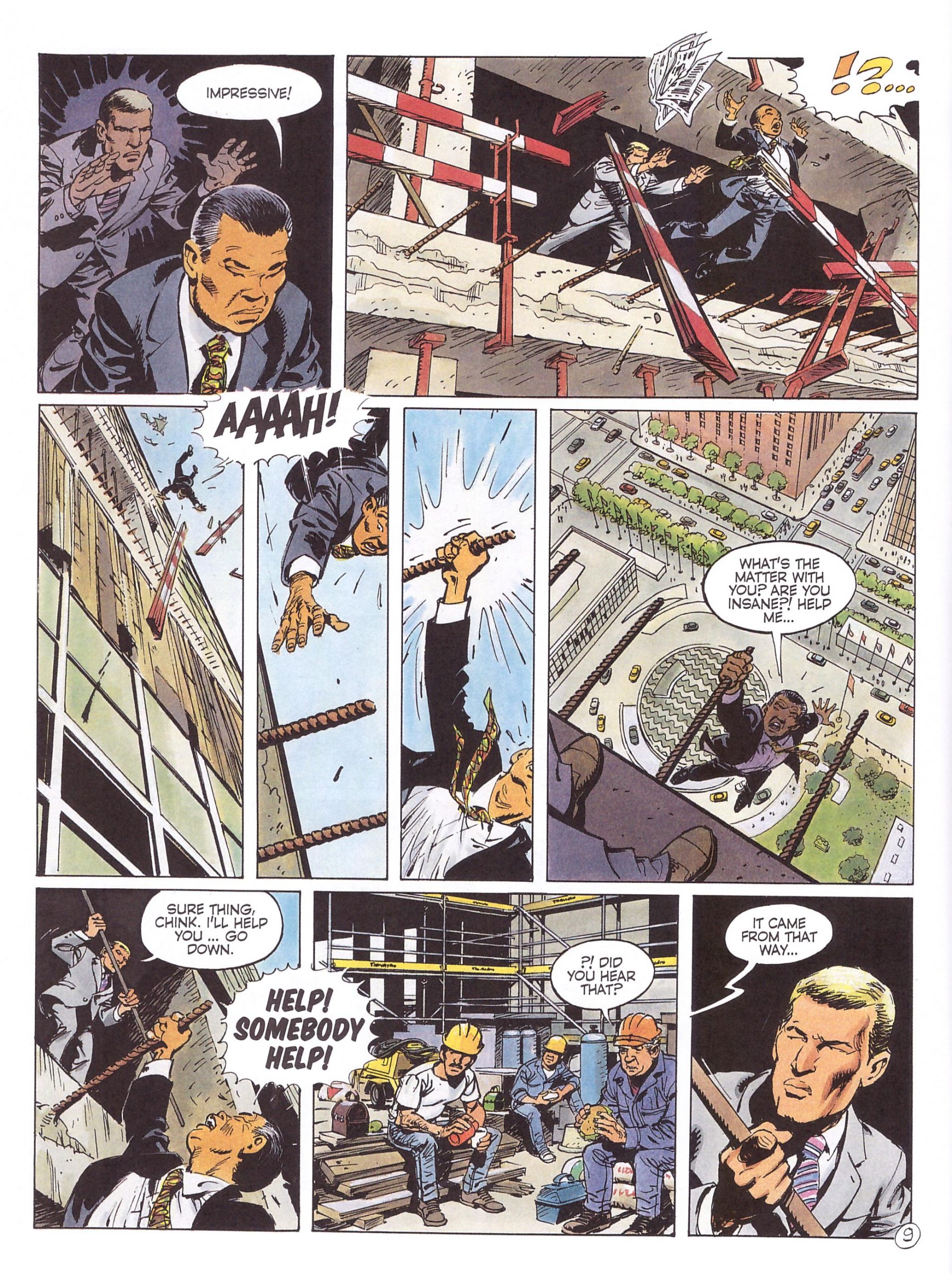 Twenty years after Jean Van Hamme and Dany issued Story Without A Hero, their collaboration had generated six editions, and the time had come for a reunion to look at the surviving cast. There’s some editorial confusion in the recap, which updates the events of the earlier story from 1974 to 1977, the original year of publication, but otherwise the thoroughness ensures anyone can pick up Twenty Years Later without reference to Story Without A Hero.

What happened in 1974 was so traumatic that the survivors still live with memories of the plane crash and subsequent events, but now they’re either dying or disappearing. Van Hamme mixes that in with the story of the incoming Secretary General of the World Peace Organisation being accused of having a Nazi past, this based on 1980s revelations about former United Nations Secretary General Kurt Waldheim. It connects ingeniously with what happened in the jungles of Coruguay, but for a very different type of story. Whereas the first was about survival in extreme conditions, this time Van Hamme’s in more familiar action thriller territory.

The youngest of the survivors was twelve at the time, and Laurence Draillac has now inherited his father’s company. He’s the primary character, as it becomes important to locate the wreckage of the plane that crashed twenty years previously. Those who escaped had no clue as to the location except in the broadest sense, although one remained behind and another has since attempted to locate them.

As before, Dany’s art seems loose, but is exemplary at telling the story engagingly and ensuring every character can be distinguished from the others. He’s become a better colourist, using more subtle shades for the jungle this time with the foliage blending into the moss attractively, and renders other locations equally pleasingly over what becomes quite the world tour.

It’s a rare sequel that betters its inspiration, and Twenty Years Later isn’t among them. It’s a solid adventure story, professionally produced and entertaining in its own right, but it’s not dependent on the characters. Whereas before the cast might have been contrived to play roles, they remained true to who they were, yet the few people used here could be replaced by anyone, and the plot could fit several of Van Hamme’s ongoing action series (see recommendations). Whether the thrills and twists over the last ten pages make up for that is debatable, but Van Hamme’s at his best during them, rejigging the possibilities and even leaving a slight glimmer of light for a further sequel. That was never produced.