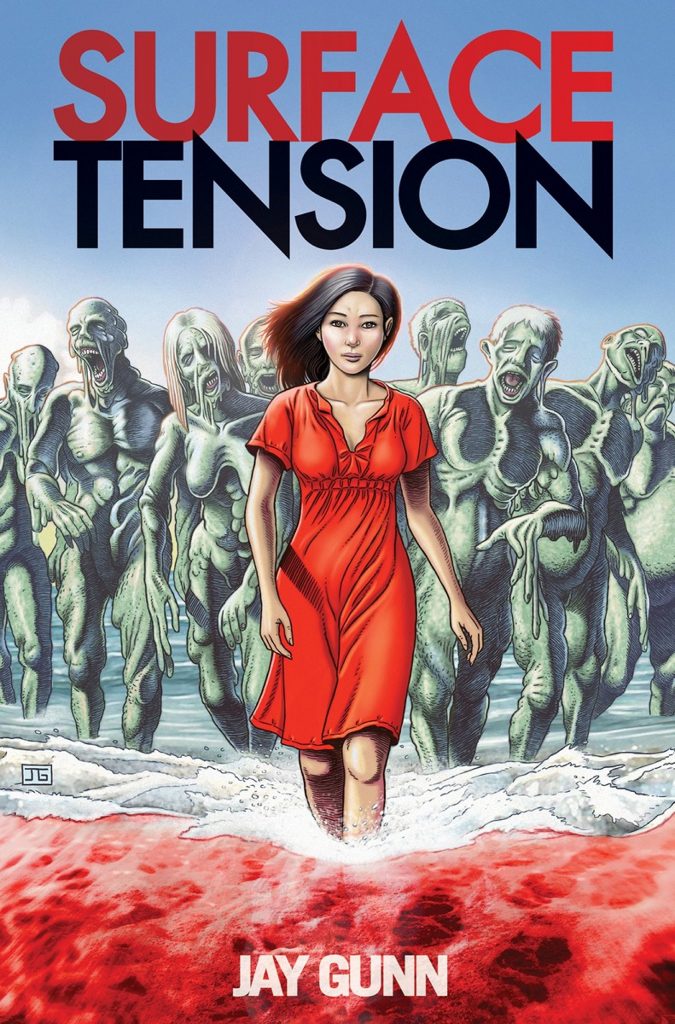 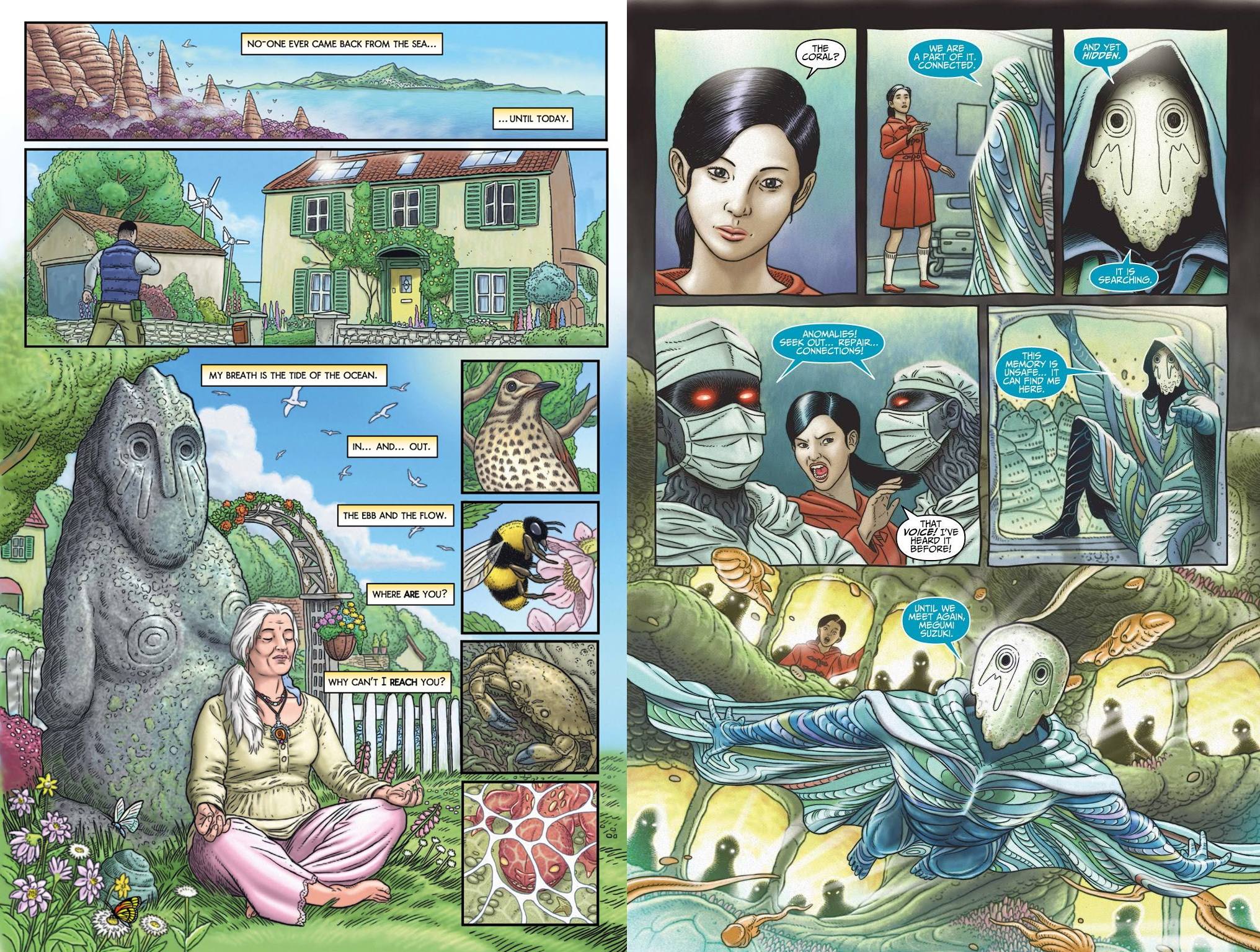 Jay Gunn begins his science fiction horror with the strange idea that one day most of the world’s population walked into the sea and disappeared, shortly after which new marine life forms began appearing. This was a year prior to Surface Tension opening in the small British Channel Island community of Breith, where for some reason not everyone walked into the sea, and now two people have returned. One of them is Megumi, an environmental researcher who can piece together her past.

Given the circumstances it’s no surprise that Gunn implants a strong ecological message into Surface Tension. Earth appears to be reconfiguring itself, and Gunn supplies two narrative strands providing clues as to what’s happening. The quarantine process for the two returned people continues as we learn about their pasts, their families and other residents of Breith, as all the while the force of the sea is being used against Breith.

In both story outlook and the sometimes slightly static art, Gunn appears enormously influenced by Brazilian creator Leo (Luiz Eduardo de Oliveira), whose work is published in Europe. Similarly featuring ecological concerns and strange forms of wildlife, Leo’s stories of survival in alien environments are little known in the UK (although available, see recommendations). Gunn’s creatures are far more proactive, with horrific overtones, and on occasion very disturbing. While the art is static in places, that’s the only downside to well considered storytelling, great imagination and a desire to present decorative illustrations. The bright colours, particularly the greens, differ Surface Tension from the standard horror story, where darkness is important.

That can be avoided because Gunn invests so much in the community of his fictional island (Breich is actually a small Scottish town), not only making it look a nice place, but ensuring the cast are instantly likeable and largely innocent. There’s also a conflict because while they’re pitted against something unknowable and all-powerful generating strange lifeforms, we’re never sure what’s for the best overall. It’s a case of humanity versus planet, and when the revelations come they’re conceptually fascinating. The progression from start to finish is vast, and the use of environmental speculation still a relative novelty for graphic novels, so there’s an originality to cover the occasional dip into genre familiarity. Gunn leaves the door open for a sequel, but it’s not necessary. Surface Tension stands well enough alone.