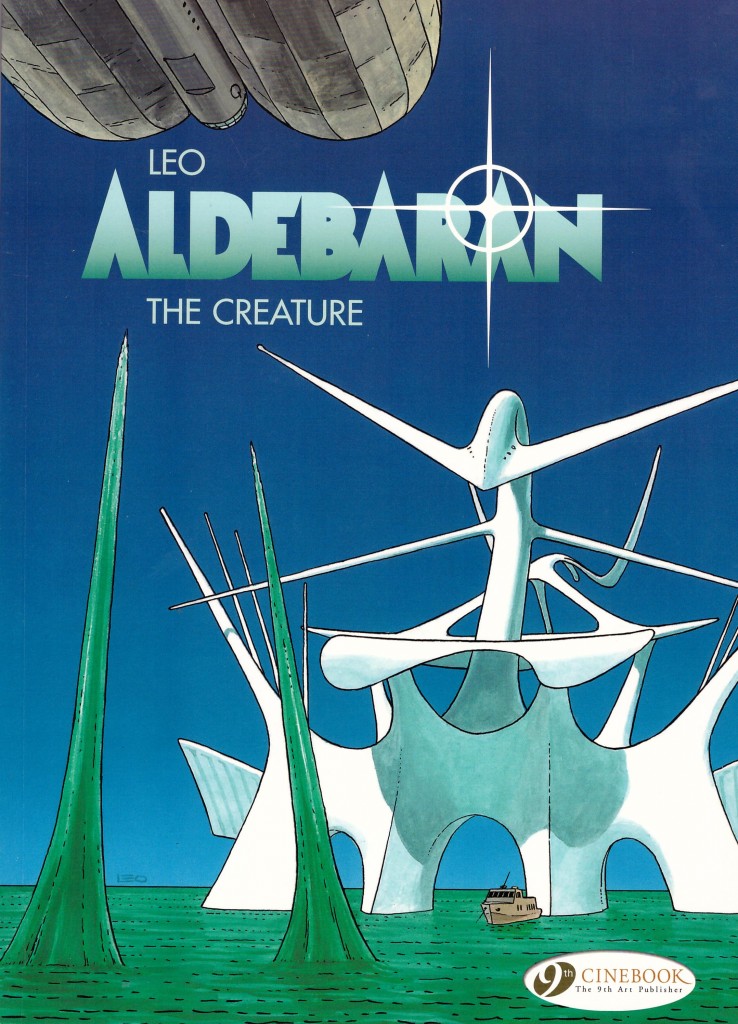 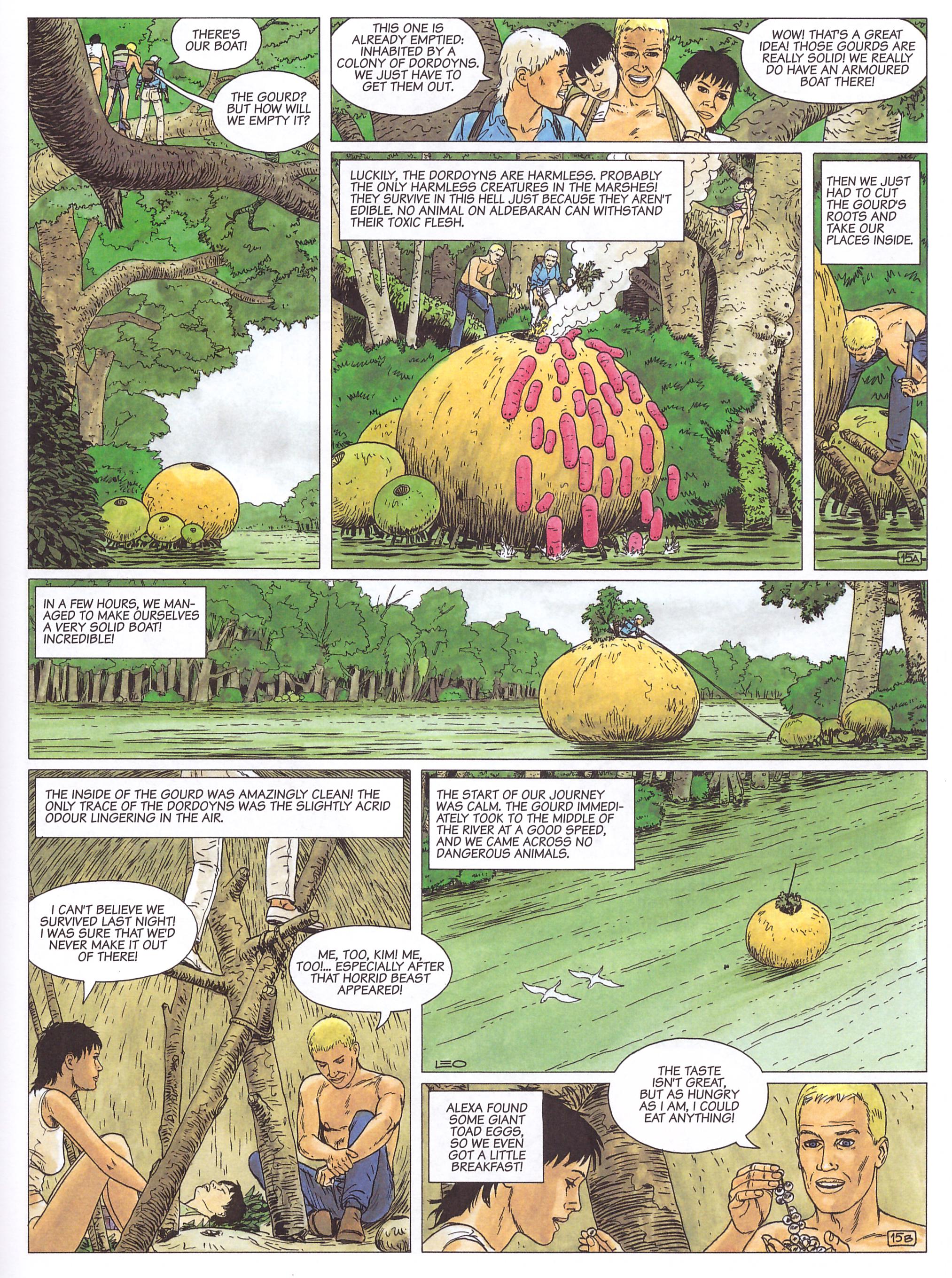 It appeared from the opening volume that Leo had a big picture in mind, and this was emphatically confirmed with the disclosures that came toward the end of The Group. It’s always been hinted that Alexa and Driss have secrets, and the group of the title was formed with the purpose of sharing and perpetuating those secrets, which tie into the very foundation of the human colony on Aldebaran.

As The Creature begins the group gathered in the previous book have an assignation with an incredible purpose. It’s a powerful spur, but before it can occur the party have to escape from the inhospitable marshes. Leo again references his native Brazil by creating an Amazonian landscape, but populated by bizarre animals, which are a notable aspect of the entire Aldebaran trilogy. Leo enjoys creating the exotic creatures, but their strangeness to date has mostly been a reminder that we’re reading about an alien world. Here for the first time there’s engagement between man and beasts, and it’s as fascinating as viewing the wildlife on their own.

Having introduced a treasure of immense value with a limited window, Leo throws in road blocks. The sinister government forces are now also aware of what’s at stake, but the plot twists away from predictability. An ecological theme has been a constant background, and that’s expanded for the series closer, which is the first of the two translated French books presented, the other being the opening volume of Betelgeuse, Leo’s middle portion of his Worlds of Aldabaran trilogy. It’s a strange, peaceful conclusion with a text epilogue, as if Leo wasn’t sure when he ended Aldebaran that he’d pick up on the cast again. Despite the lack of convention it’s entirely satisfactory and in keeping with the atmosphere he’s established. Just as in life, some matters remain unknown, and that’s fine.

Betelguese picks up eight years later. As originally published in France this was also five volumes, but begins here and occupies a further three books of Cinebook’s translations. Some familiar faces are seen beyond the halfway point, but before then Leo concentrates on new characters, both on the planet and in orbit. He has an extraordinary way of including threats and atrocities in his plots, yet instilling a serenity via his use of other creatures. Iums may resemble sloths, but they’re far more active, and apparently with some method of human understanding. They’re feared by those in authority, yet the teenage Mai Lan, to whom we’re introduced in the opening pages has formed an understanding with a local colony: “You understand everything I tell you. It’s incredible Iummy!”

As previously, Leo’s work is translated by Luke Spear, and as previously this leads to awkward dialogue. Leo is certainly prone to dropping in unsubtle explanations at times, but the awkwardness is more often due to a literal translation in preference to an idiomatic one. Coupled with Leo’s emotionally exuberant personalities it sometimes results in a jolting read. That’s worth mentioning, but it shouldn’t diminish appreciation of Leo’s wonderfully imaginative story. It’s absorbing and conveys the thrill of exploring the unknown. A cliffhanger ending finishes this opening chapter of Betelgeuse, which is the best in the trilogy to date, and The Survivors continues with two more.