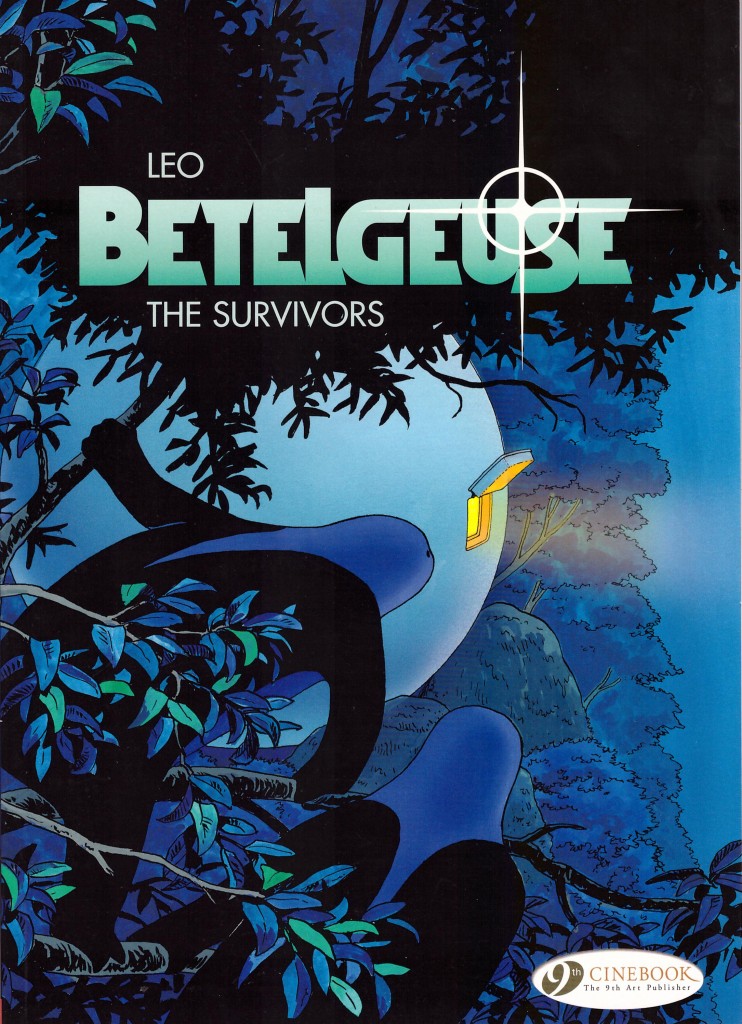 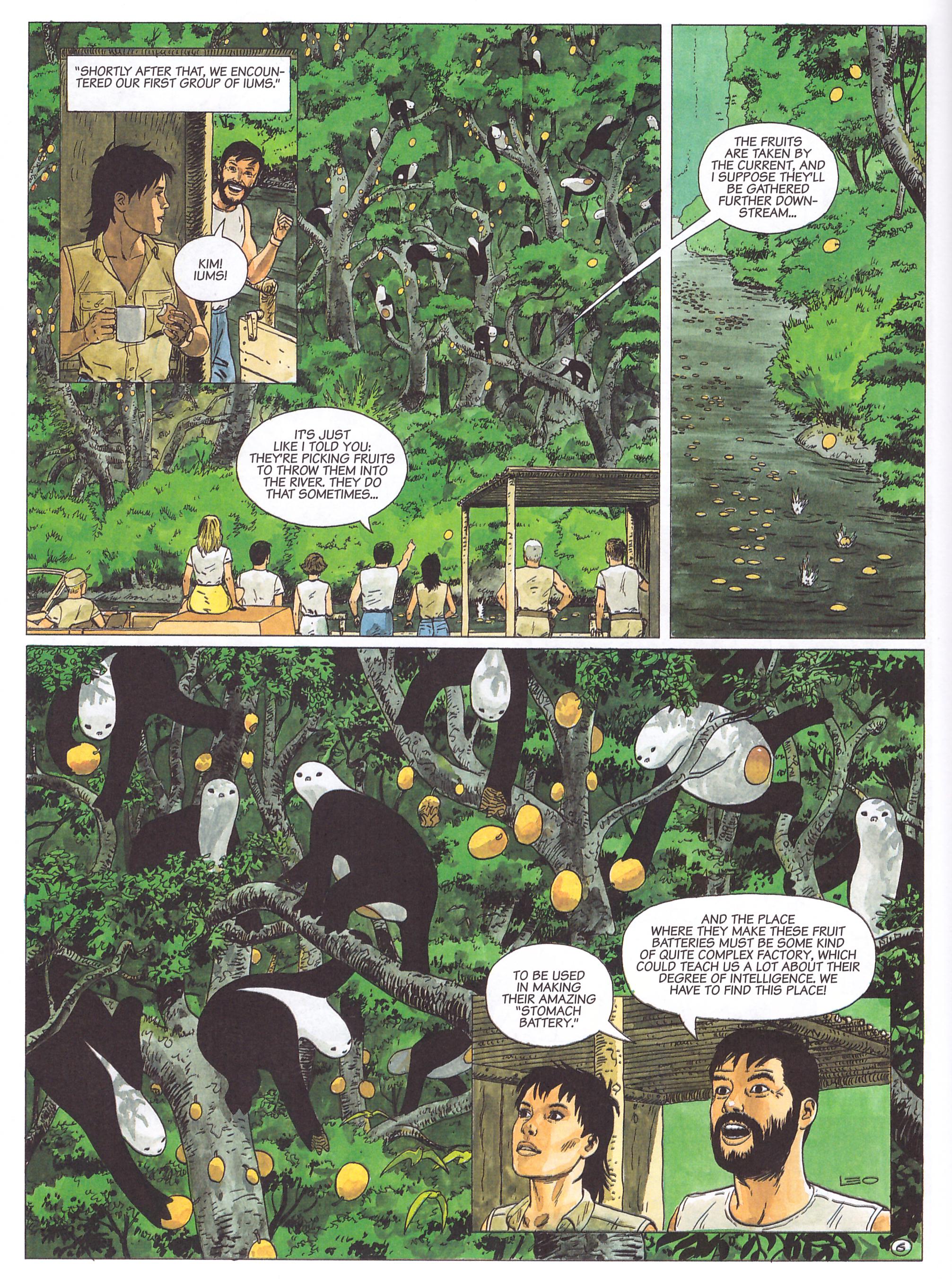 The five albums of Betelgeuse are the mid-portion of Leo’s Worlds of Aldebaran trilogy, which began with five albums of Aldebaran and concludes with six of Antares. Cinebook combine the original French books two to a package, and so Beteguese actually began in Aldebaran: The Creature. The creature of that title is a massive intelligent and unfathomed entity called the Mantris, found on Aldebaran and bestowing immortality on those it somehow considers worthy. One such recipient is Kim Keller, last seen among a party heading for the distant star of Betelgeuse, with which the Mantris appeared to be communicating.

Throughout the entire trilogy Leo astounds with the imaginative lifeforms he creates, and one of them plays a pivotal role at the very start as a landing party arrives on Betelgeuse. The indigenous life forms, Iums, have been the cause of a schism between the original human settlers, and that results in an ideological conflict similar to that Leo set up on Aldebaran, one taken from our own societies. There’s a militaristic colony subjugating women, and the alternative is a group of environmentalists concerned about preserving the Iums and their habitat. As in Aldebaran, there’s also another intelligence central to events.

This may seem as if Leo’s retreading old ground, replaying the perennial political differences of power against preservation that plague Brazil, his birth country, but while using the same background, perhaps a comment on implacable human division, he weaves an entirely different tale. Betelgeuse is far more directly a story about exploration and about connections, as Leo again refers back to Brazil, with much of the second book being a river trip through a vast jungle.

As is the case throughout the series “in order not to offend our more sensitive readers” characters drawn naked by Leo, and perfectly acceptable as such in Europe, have underwear imposed on them. It’s awkward, but apparently with Leo’s consent. Is the lack of artistic purity such a high price to pay for the wonders of Leo’s worlds being available in English for the first time? It also prevents a greater sleaziness. All too often Leo’s male characters comment on the attractiveness of his females. Phrases such as “You waken a nearly uncontrollable desire in me. I have to fight to stop my hand stroking your breasts” aren’t uncommon. Going back to the first of the Aldebaran books the women this occurs with are those who’re now immortal, so there may be a connection as Leo is exploring other aspects of immortality (depression, for one).

The book ends with Kim and another character isolated, the opposing parties still at loggerheads, but one now with the upper hand, and another ship coming from Aldebaran. From this point Leo’s books are presented as single volumes, but in the same reduced size. The series continues with The Caves.