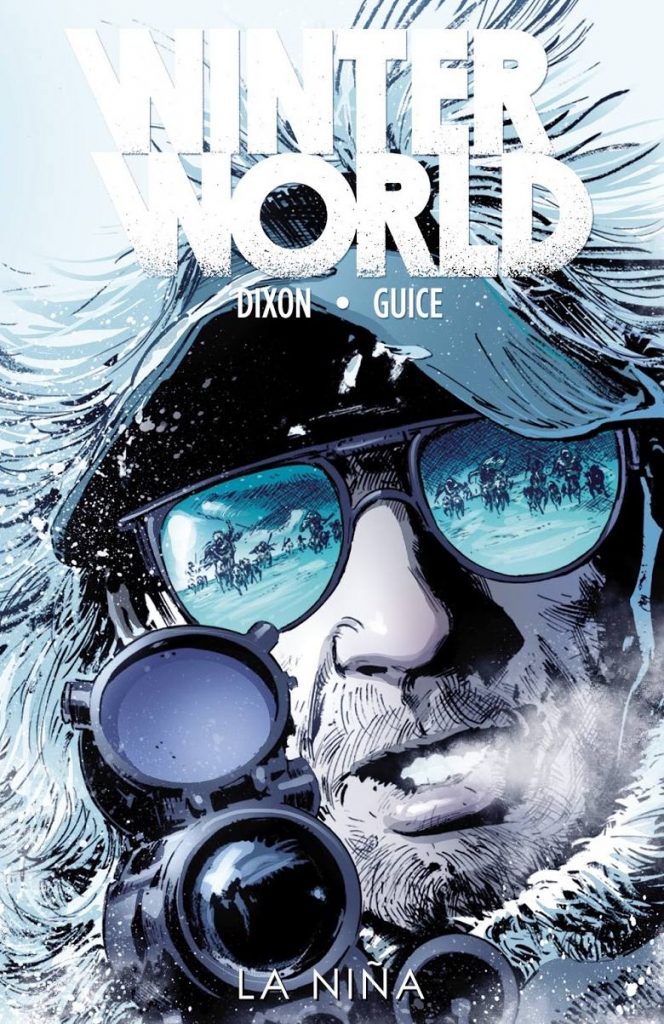 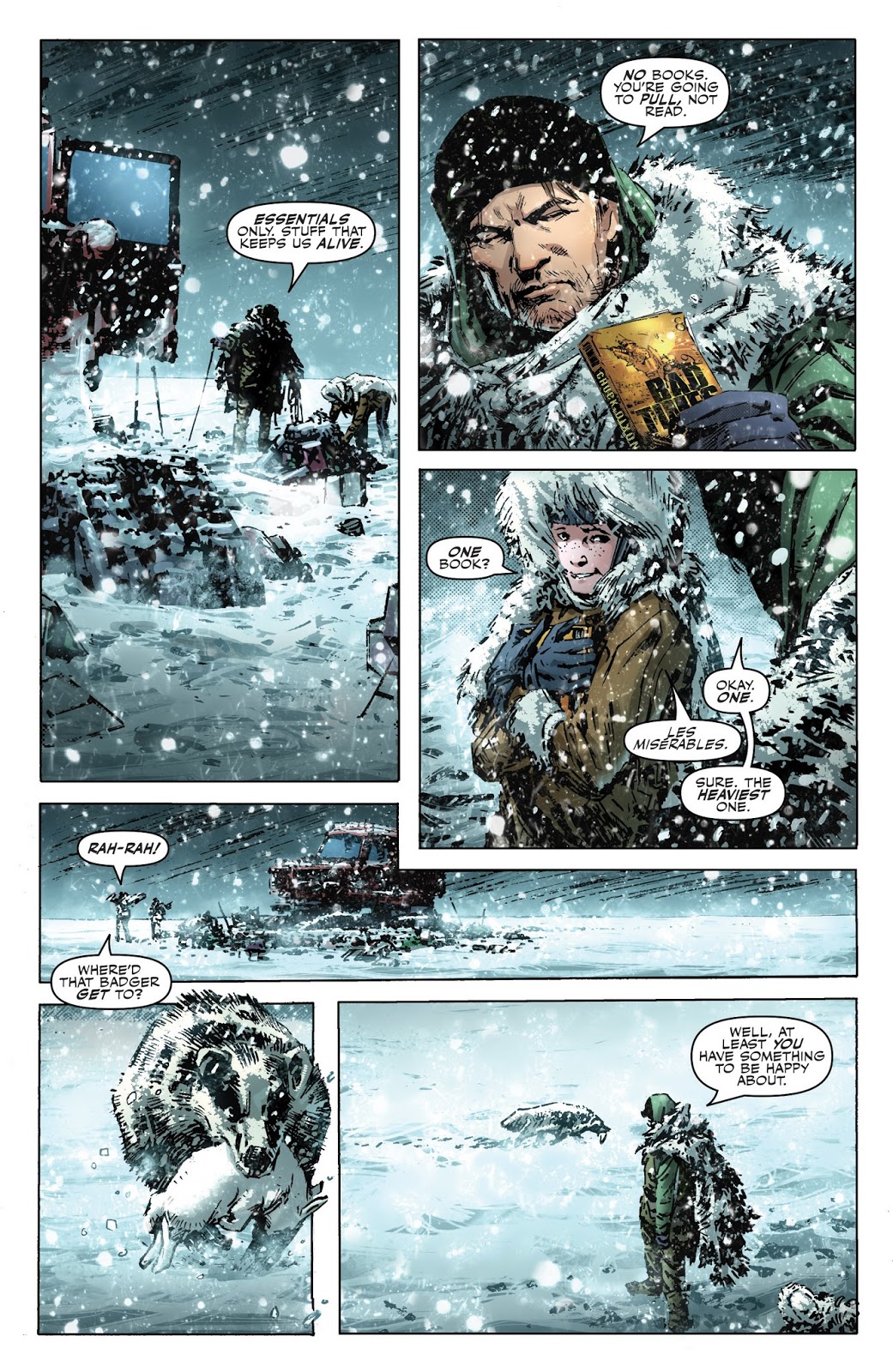 Scully and Wynn roam a post-apocalyptic Earth where the remnants of late 20th century civilisation are apparent, but most technology has been forgotten, although vehicles have been adapted to work in conditions of perpetual ice and snow. They’re accompanied by Rah-Rah, a surprisingly savage badger when necessary. No-one alive can remember a time before the cold, and extreme conditions combined with few supplies ensure life is cheap, as people take what they can.

It’s fair to say that as it was over 25 years since the original series saw print and five years after the collection was issued, the return of Winterworld came as a surprise to everyone other than the creators. Sadly original artist Jorge Zaffino had died during that time, but surely Butch Guice is no-one’s idea of a poor replacement. His style is smoother, less gritty, but he’s equally good at evoking the terrible conditions of everyday life. Many of his pages seem to apply a slight distortion, giving the effect of a filter through which the conditions are viewed, and they all feature his customary precision with both machinery and people.

As before, the quality of the art and the day to day meandering life of hardship bring to mind a European post-apocalyptic series such as Jeremiah rather than something produced in the USA. It’s a fair while before we learn La Niña refers to the name of a town, and while Scully and Wynn are on a mission of their own, they’re being tracked by someone with violent intention. They’ll be familiar to anyone who read Winterworld Vol. 1.

Dixon is always a linear writer with little room for foreshadowing or flashbacks, and that provides La Niña’s suspense, because readers will be almost as surprised as Scully and Wynn when they’re set upon. A sly sense of humour sometimes manifests, not least with a complete reversal of Al Gore’s cherished ecological principles, and Dixon remains faithful to the genre laws applied in the first story that if something seems too good to be true, then it probably is. It’s not exactly a cliffhanger, but a thread connects La Niña with The Stranded, continuing Scully and Wynn’s story, or alternatively both paperbacks are combined as Better Angels, Colder Hearts, along with another story.

This is a better outing than the original Winterworld, more focussed, making better use of the environment, and more logical throughout while still supplying action and tension. It’s never more than surface deep, but hits all the right notes.