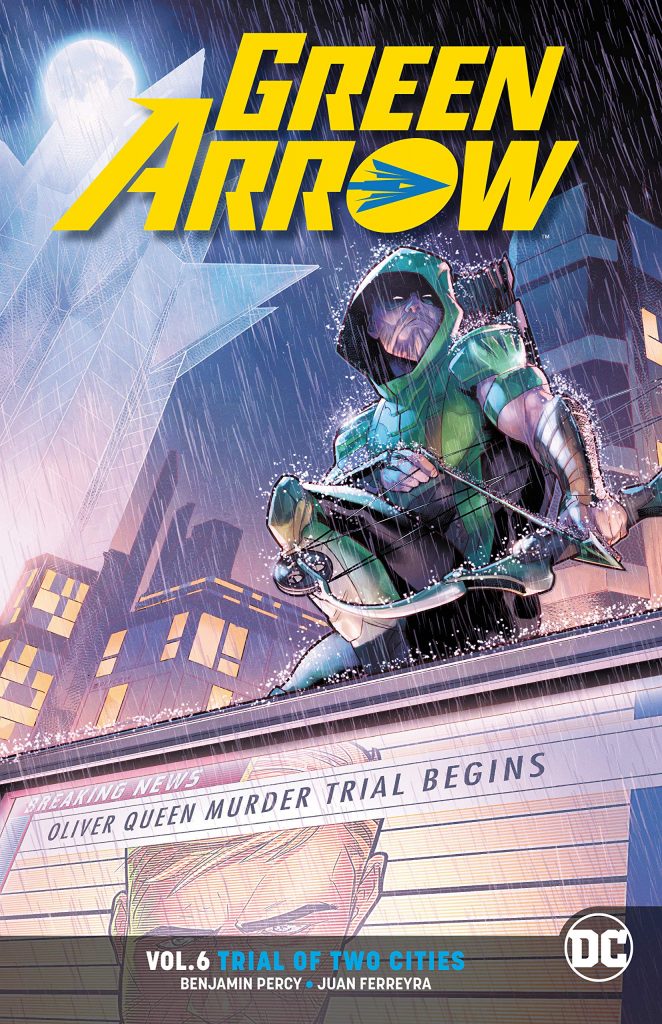 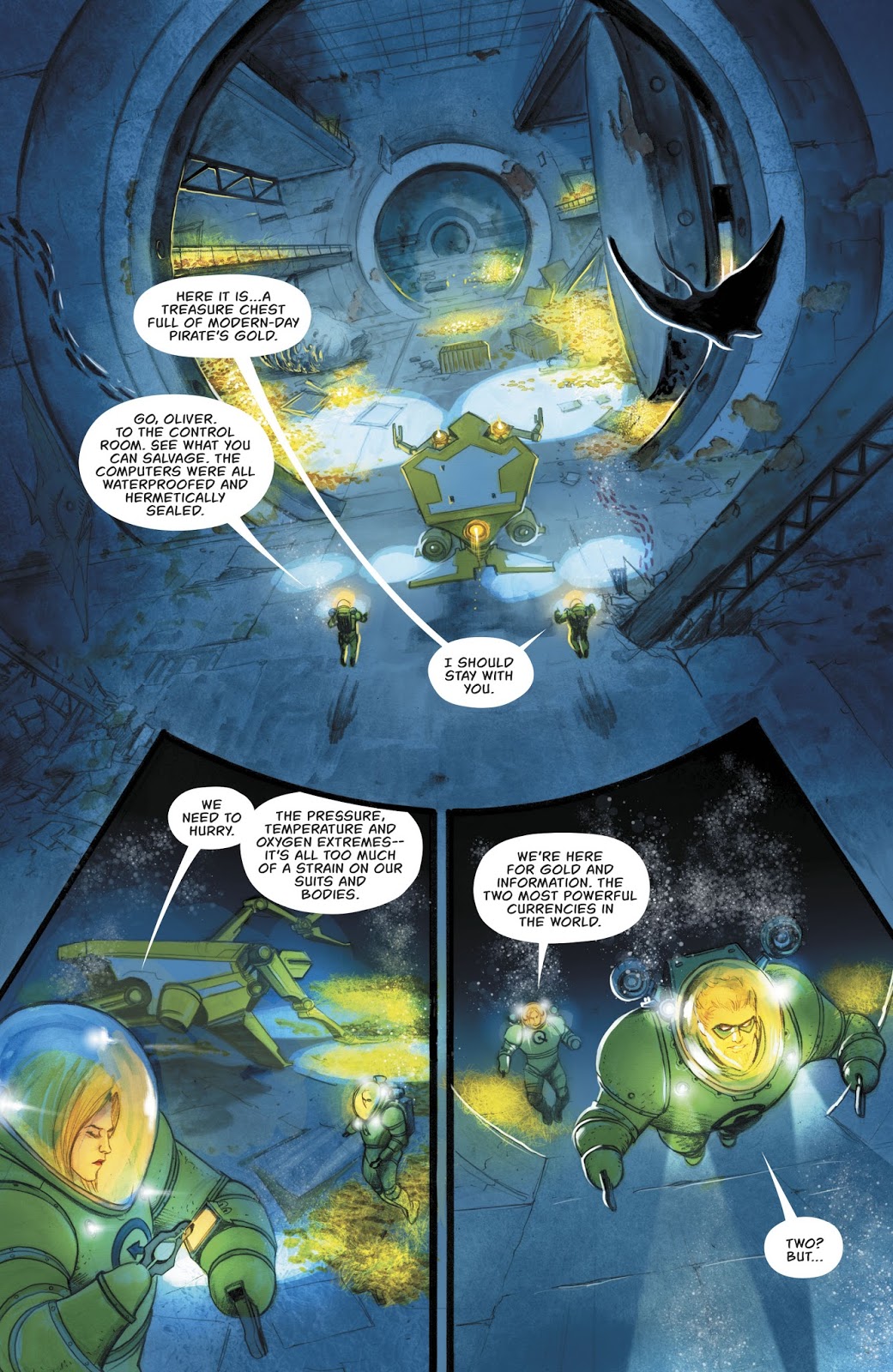 During Benjamin Percy’s Green Arrow tenure, many character moments have felt false and forced, with the start of Hard–Traveling Hero a particular offender, so it’s gratifying to have a note perfect opening scene between Oliver Queen and Dinah Drake. That’s followed by an excellently introduced conundrum. Oliver skipped bail on a murder charge he knew was false, and this could now be proved, but doing it would involve exposing an already vulnerable person to danger. While not always best at playing them out, Percy is a writer strong on ideas, and his passing use of the Clock King further exemplifies that. The redundant, gimmick-based Green Arrow villain is transformed into a viable menace despite only being seen when his troubles are ended with a punch to the jaw.

Juan Ferreyra was a little off his game last time, but in the three chapter title story he’s back to spectacular, although with the caveat that he’s very explicit with some violent details that might have been better drawn more discretely. His story involves several changes of location and several inter-cutting sequences where events occur simultaneously in different places, and his spreads deliver them all beautifully. He even changes style slightly between them as well. That’s just showing off, but it looks great. In any other graphic novel the chapters by Stephen Byrne and Jamal Campbell might well be the star turn, but good though they are, Ferreyra is better.

Percy cranks up the drama with Trial of Two Cities, but too much of that is button pushing. Events occur because they’re dramatic, but without enough logic bolstering them. A minor example is that having toured Green Arrow around assorted Justice League members last time out, why doesn’t he call Aquaman for help when he needs something retrieved from the bottom of the ocean? People change their allegiances randomly, the return of a long lost character who should have great importance to Oliver Queen is wasted on a predictable twist, and someone dies to provide a shock chapter ending. Oh wait, there’s a flicker of life after all. It’s the type of stuff that’s sustained superhero comics for decades, but we have every right to expect someone with Percy’s CV to be better.

Everything leads to a final episode trial we’ve been expecting all along, and that does work. One element is predictable, but in a more justifiable manner than elements earlier in the book, and Percy doesn’t overplay it. He finishes off with a few feelgood epilogue pages that make it seem as if he’s wrapping up on the series, which isn’t the case, but he does clean the slate of plots he’s been running since he began. It’s contrived to please, but does that satisfyingly in Trial of Two Cities’ best chapter. Citzen’s Arrest follows. 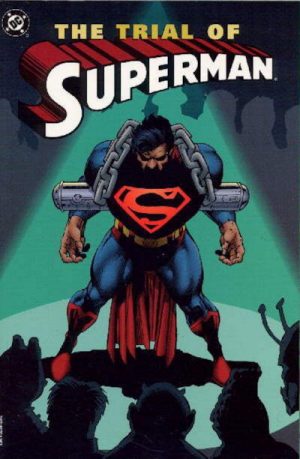