Hawkeye by Fraction and Aja Omnibus 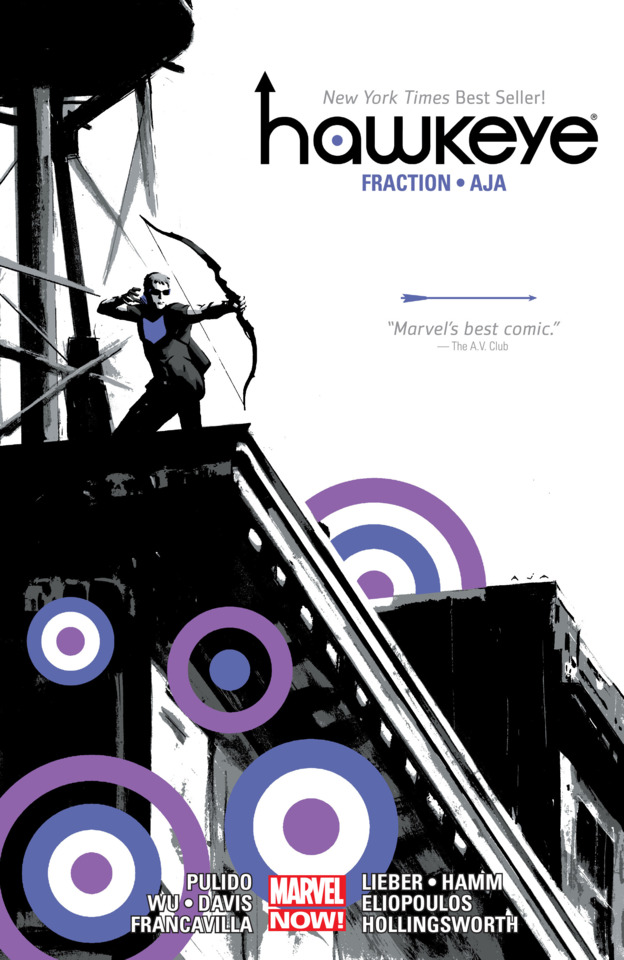 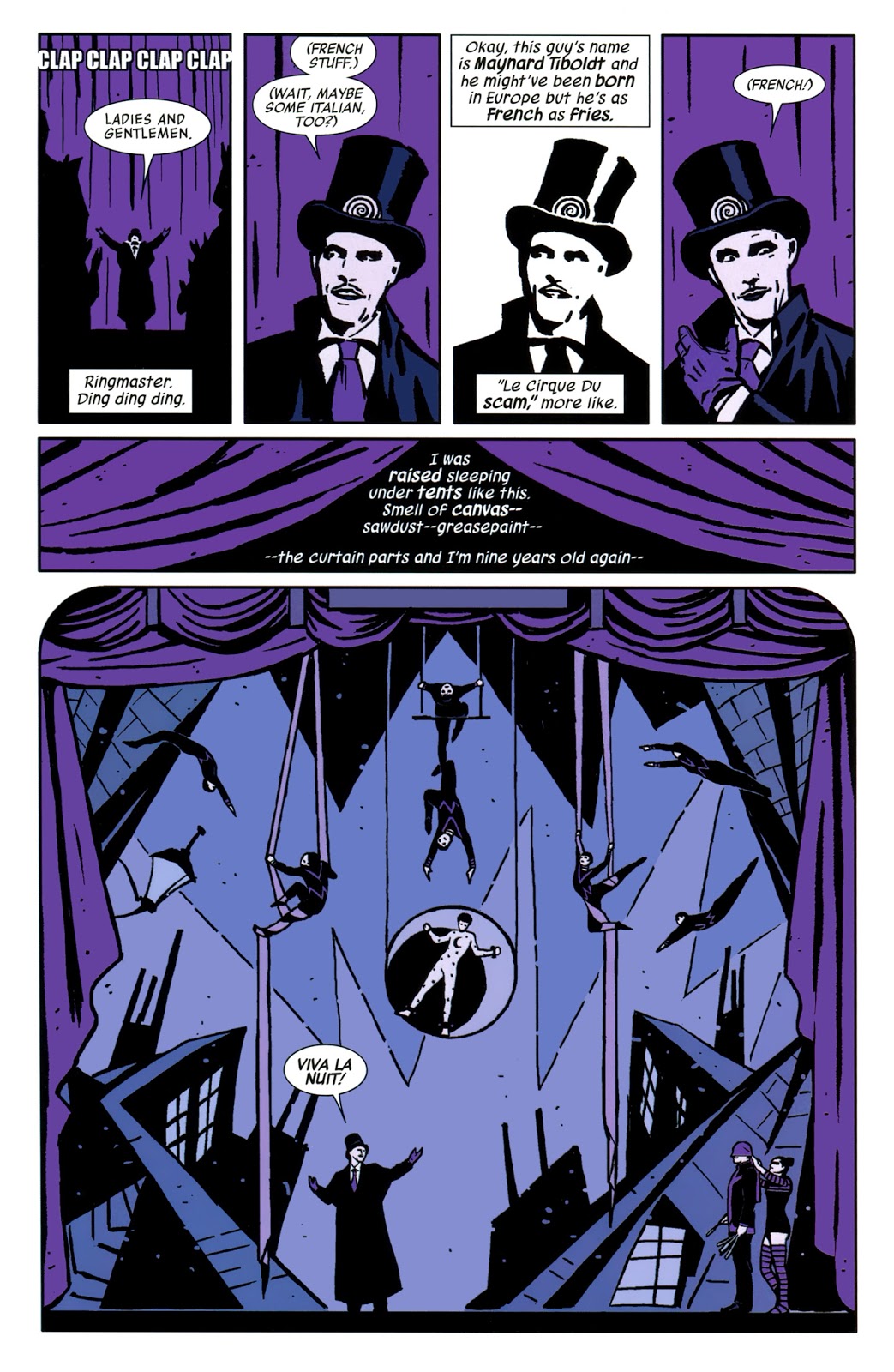 Humanity is the theme constantly reinforced in Matt Fraction’s exploration of Hawkeye, both as Clint Barton and Kate Bishop. In a Marvel universe of gods and supermen able to heal from any wound or setback, what is it like to be a mere human? In Barton’s case Fraction writes a believable character who, for all his grace with a bow and arrow, is clumsy and human, but driven by an intrinsic nobility and decency. We witness his street level life and are touched by his everyday and everyman joie de vivre, along with his trials and tribulations. Bishop brings real heart to the story. That she is often more mature and assured than her older mentor supplies an endearing character touch. The often comical relationship between the pair rings true in the note-perfect banter, but it also has a surprising depth and complexity often missing in comics, which can err too much towards soap opera values when managing relationships.

Whichever character is the focus, the stories are presented in episodic fashion, with the totality even greater than the sum of its impressive parts. The standard of Fraction’s writing does not slip during the entire book and he weaves his narrative with precision and confidence, never frightened to challenge the reader.

That primary artist David Aja won the 2013 Eisner award as Best Penciller/Inker in a consistently strong category speaks volumes, as does the series as whole picking up further Eisner and Harvey awards. Aja’s and Fraction’s grasp of storytelling results in a near symbiotic relationship, and credit must also be given to Matt Hollingsworth. While the pages flit between artists, his colouring is tonally consistent and brings a degree of visual harmony throughout, based on a palette he developed with Aja. Unfortunately, though, Aja isn’t able to draw everything. In a book of consistent excellence, the only inconsistency comes in the art. Steve Lieber, Javier Pulido, and Annie Wu don’t experiment with the layout and storytelling acrobatics in the way Aja does, but each brings excitement and vivacity to their tales. Francesco Francavilla is more experimental, yet charming as the stand-in is, Aja remains the true master of storytelling.

Hawkeye is a flawless superhero comic from start to finish, genuinely one of the best superhero series of the modern age, reinvigorating Clint Barton just as much as his alter ego. This is a feast for the soul, a book giddy with purely joyous storytelling, but which also boasts a deceptive complexity and rich intelligence. The paperback collections My Life as a Weapon, Little Hits, L.A. Woman and Rio Bravo are a cheaper alternative, and for more expansive consideration of the individual plots, follow the links.

It should also be noted that this collection is out of print, and the high prices demanded for existing copies suggest a reprint is overdue.