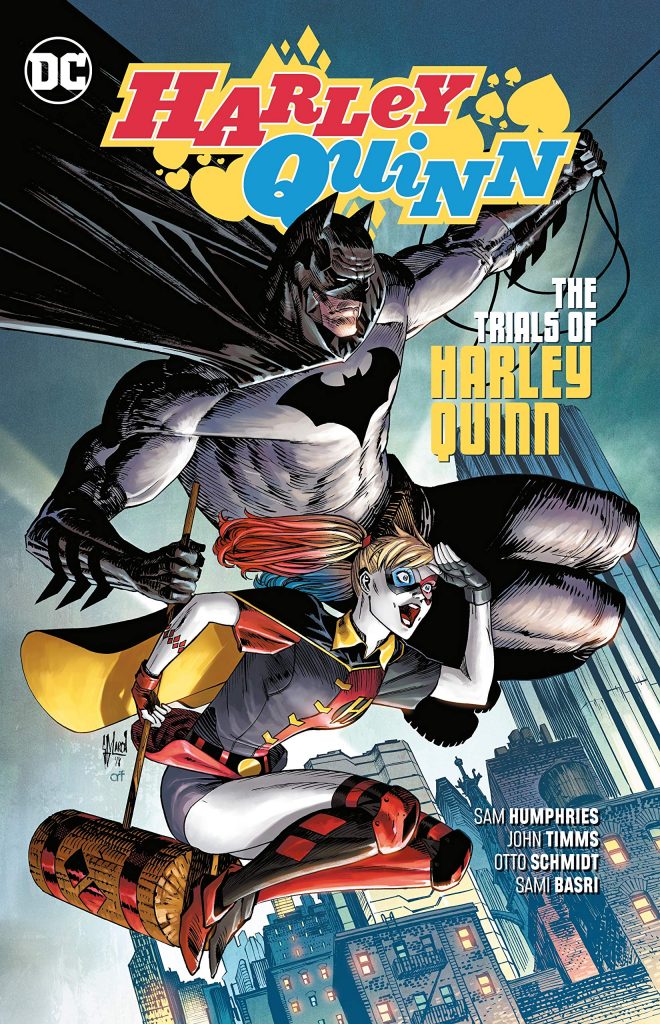 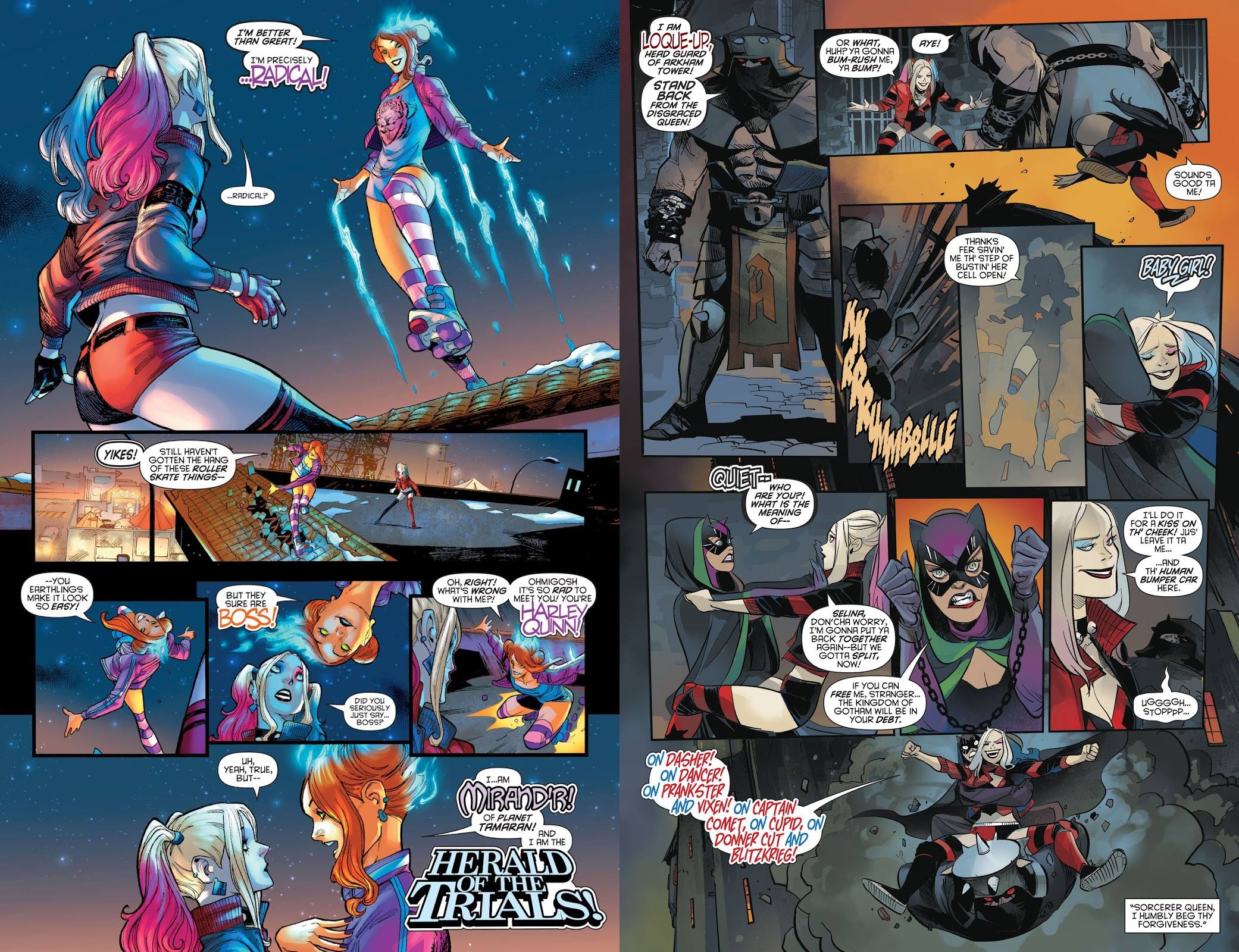 Supporting cast members who’ve not been seen for a while return for Harley’s Christmas party, which opens this selection, during which Humphries drops one hell of a shock. After that news Harley needs something to take her mind off her troubles, so, as seen on the sample art, it’s just as well she’s offered the opportunity to become the Galactic Angel of Retribution on behalf of the Lords of Chaos and Order. There’s just the little matter of the six trials to complete first. The six trials no-one’s ever completed.

Having introduced all that, it might be thought Sam Humphries’ priority would be to get on with them. However, over the years Harley’s presence has never been defined by straight lines, and there’s enough space in this bulky collection to push the trials back while Harley has to convince Batman she’s been framed for a murder. The eventual revelation, though, is that the trials have begun, and the Lords of Chaos and Order aren’t inclined to dirty their hands directly, so there are returns for characters seen in Harley Destroys the Universe.

Harley Quinn has always been a series where pretty well anything can happen, and such is her madcap world, it doesn’t always have to be tethered to the greatest of logic. So, just like a 1950s Superman, Lois Lane or Jimmy Olsen story, Harley can wake up to discover she’s been transformed into a humanoid insect. That’s fun!

John Timms continues to be the gold standard for art (sample spread left), while Samir Basri’s pages have more life to them this time. The other sample art is from Otto Schmidt who takes his lead from Harley’s point of origin in the 1990s Batman animations. He uses a cartoon style, and as he’s also responsible for the colouring, he echoes the darkness of the animated series. It’s really appealing when Gotham is transformed into a dungeons and dragons alternative version, with well known names redesigned to fit that world.

By the end of another fun collection Harley only has one trial remaining, and readers are likely to have figured out what it is. The Final Trial reveals the truth.