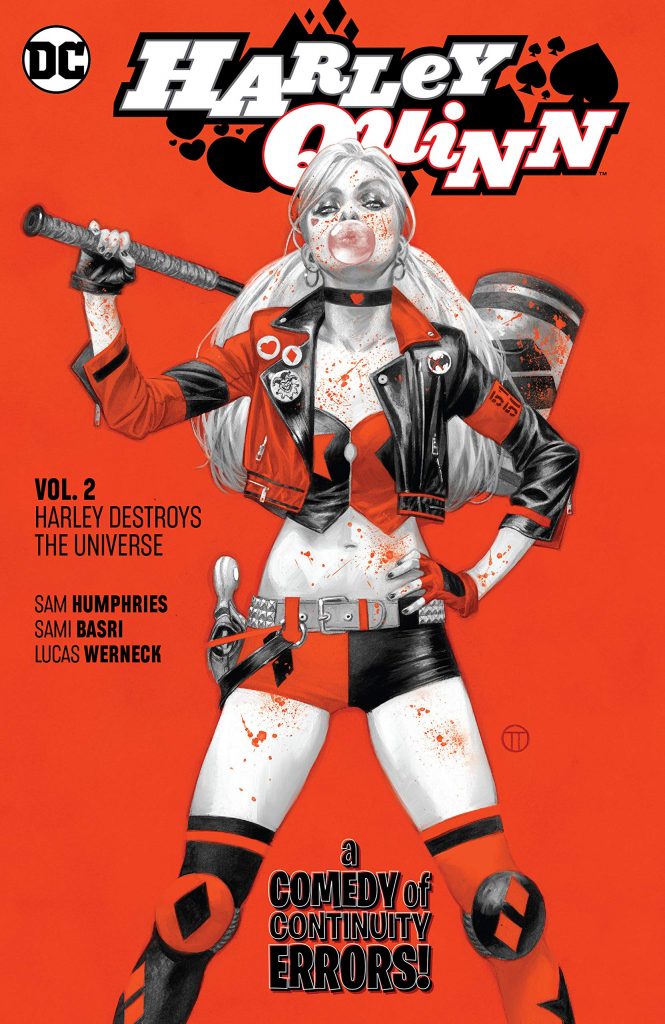 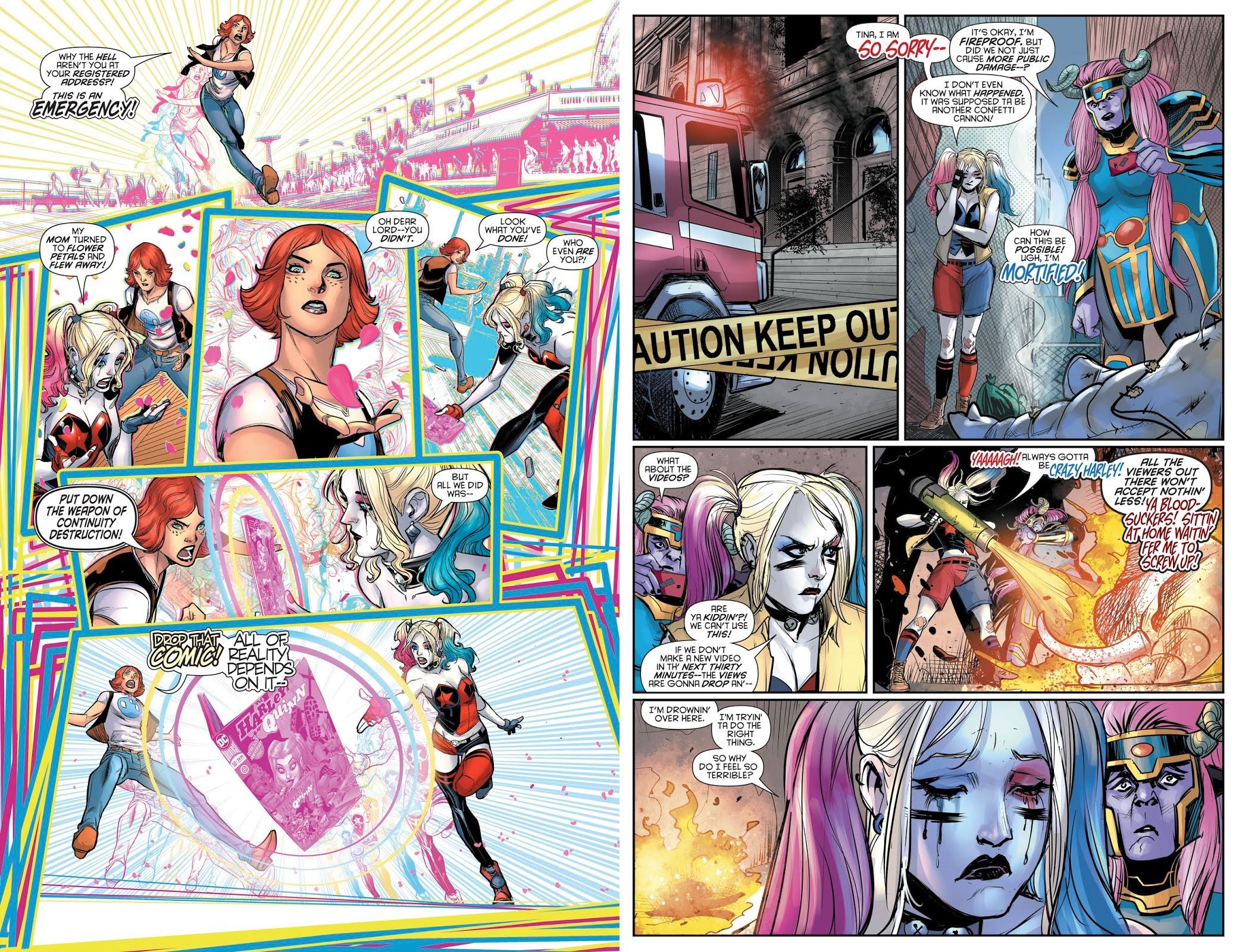 A primary factor in Harley Quinn’s success is the madcap world in which logic is thrown out of the window and pretty well anything can happen. She talks directly to readers, has cartoon moments, and she began Harley vs. Apokalips on a holiday beach before being abducted to Apokalips. However, it seems such antics have a cost, and Jonni DC is very stringent about the continuity being kept straight, so Harley’s iconoclasm isn’t something to be loved and appreciated, but something that endangers the sacred continuity, and which could end the universe as we know it. That’s the cue for an opening chapter of Sam Humphries and an assortment of artists taking Harley through a series of continuity atrocities such as the world where Batman is a pirate with a wooden leg or one where Superman and Wonder Woman are costumed dinosaurs.

1940s hero Captain Triumph is a casualty of that journey through continuity breaches. He’s almost Superman, and isn’t happy with the 2010s. After that a legacy super villain isn’t happy at the number of hits Harley’s weblogs are getting, and Harley’s not too happy with the process either. It begins as the usual Harley romp, but by the end it’s quite poignant, with Humphries having something to say about the hunt for hits and the damage it can cause. It also finds a purpose for Tina, who’s sometimes seemed a dead weight since coming to Earth from Apokalips. The selection ends with Mark Russell having Harley needing to give cats away due to her allergies. Russell has been responsible for hilarity elsewhere (see recommendations), so it’s surprising to find this just okay and no more, without the laugh ratio Humphries generates.

A rotating selection of artists is the order of the day for Humphries’ entire run. John Timms is the first choice, but given the madcap density of his art there shouldn’t be a realistic expectation of his knocking out 25 pages month in and month out. The other sample page is from Lucas Werneck, also very good, and so is Mirka Andolfo. Sami Basri suffers slightly in such company, his figures a little stiff in places, but he improves with the following volumes.

This is a more consistently funny selection of stories than Harley vs. Apokalips, and Humphries continues with The Trials of Harley Quinn. 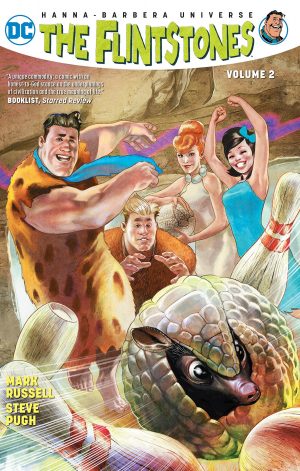