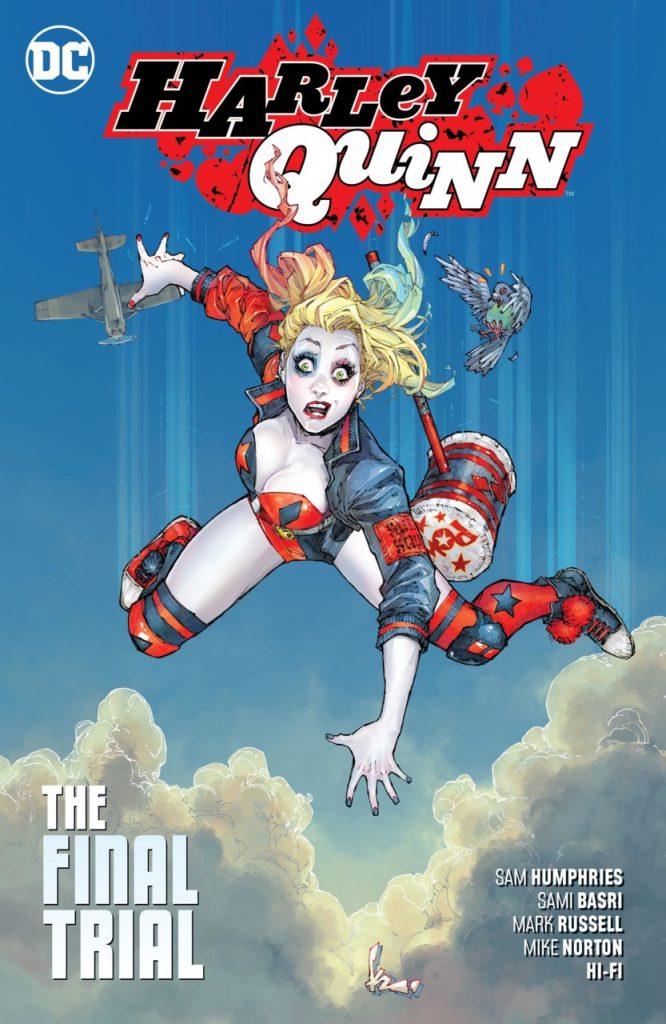 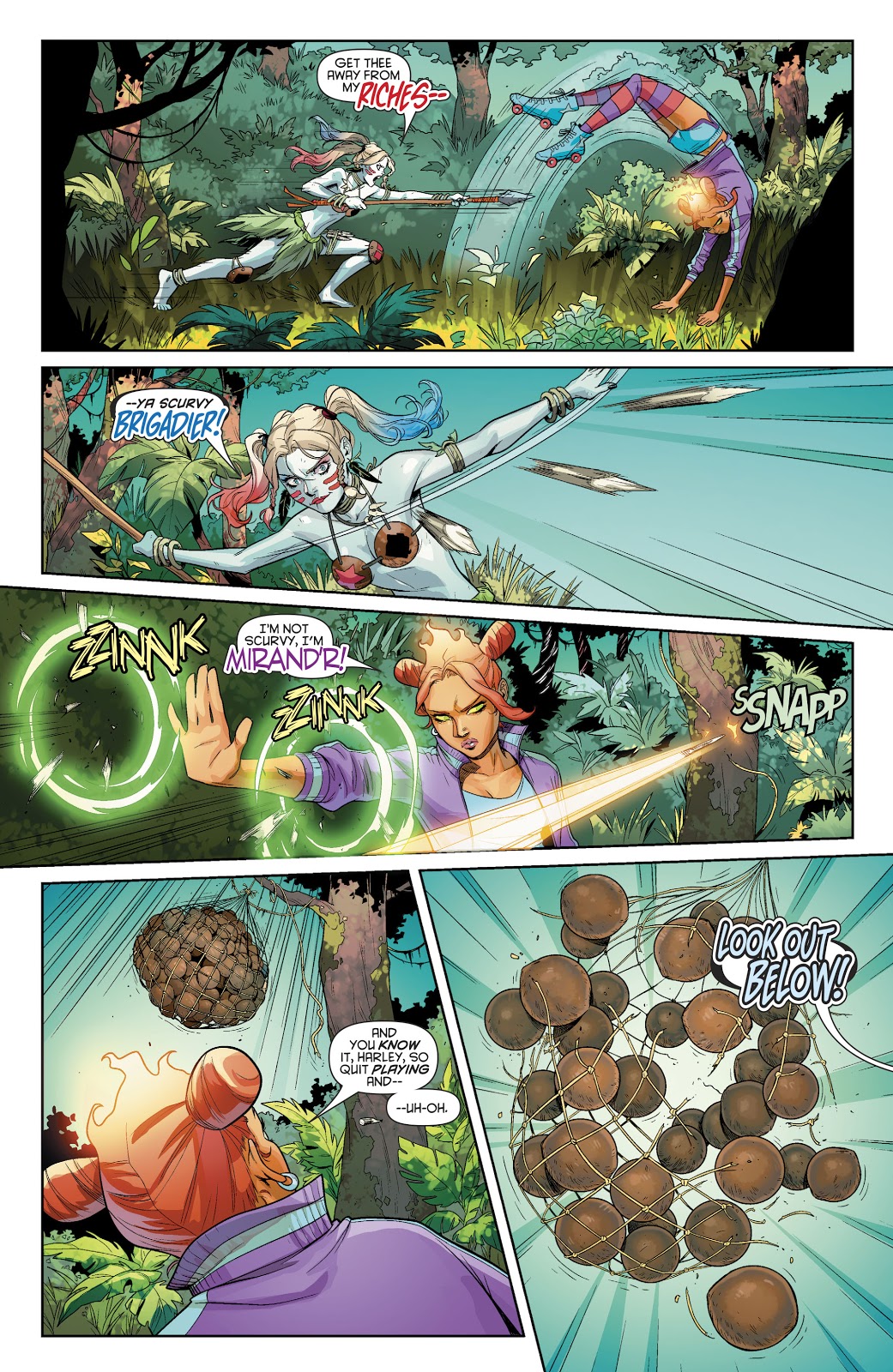 So what’s been occupying Harley? Well, there’s her mother dying of cancer, which might seem a plot far removed from the usual Harley Quinn fare, and one that it might not be possible to treat with proper reverence. The other carry over from The Trials of Harley Quinn is that she’s been selected by the Lords of Chaos and Order as their possible Angel of Retribution. However, they’re not the type to make mistakes, so she has to pass a bunch of tests first, and according to writer Sam Humphries no-one has ever managed to complete those tests satisfactorily.

For quite some while there’s an uneasy feeling of Humphries stretching the boundaries of good taste, which is a prerequisite for Harley Quinn, but not when it comes to someone dying of cancer. Credit to him, though, as he brings that story to an end in a humane and interesting way that impacts on Harley, while continuing the madness that’s her everyday world. Credit also to artist Sami Basri, who must have found it difficult switching from a few days working on realistically drawn scenes set in a hospital cancer ward to Harley’s usual antics.

Basri is the artist of choice on this volume, with everyone else credited only supplying a few pages at a time. There’s no longer the slight stiffness about Basri’s figures evident in earlier volumes, and he’s always been imaginative with layouts and poses, so The Final Trial is well drawn from start to finish.

The guest artists all contribute to a satire of crossovers, with Harley travelling back through time and throwing out spoilers left, right and centre. That and a Christmas story have Harley processing some issues, and Humphries isn’t as sympathetic with that as he was with other matters. Still the end sets up something so obvious it’s a wonder it hasn’t been done before, and it definitely sets the juices a broiling for Hollywood or Die next time.

Before then there’s another story from Mark Russell, much stronger than his previous Harley outing. After thirty years inside, the Hambezzler is being released having served his sentence for the corporate fraud that destroyed the McGobble’s Hamburgers pension fund. Only he was innocent, so who was responsible? It’s a loving pastiche about how the burger advertising icons of the 1980s might have turned out, invested with just the right balance of pathos and lunacy. That’s the sweet spot where Harley works best, and this collection straddles it most of the time. 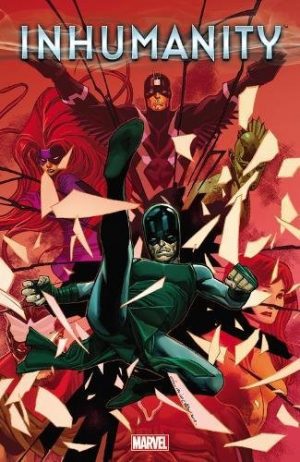